September 17, 2016
This has been an unusually busy week. There was the day I spent 7.5 hours in the ED with Dean, of course, there were some other meetings, our son-in-law and his mother stopped by and we went to dinner, I played catch-up with the laundry.  You know that kind of week - nothing outstanding, just busy.

I also found out that I can only have 10 people on the list for e-mailing the blog. I had no idea! Anyway, I finally have paintings done, photographed, loaded and ready to show you.

The idea was to make thumbnails - shapes and values - and then paint from them, not looking at the original photograph, to look at the composition. It was not something I have done before and it was, as is everything, a little challenge. So here they are. You might guess that some photos were made according to color and not value and no thought was taken about composition. On top of that, I have been mesmerized by close-ups for several years - no, many years- and my landscape library is less than extensive to say the least. So many ways to change, so much to learn, so many years already flown by! 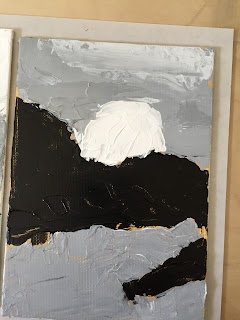 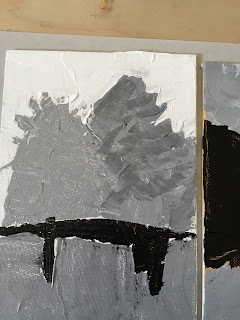 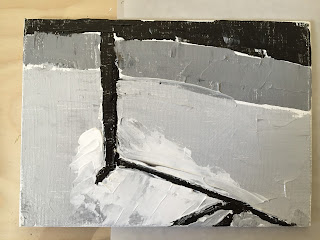 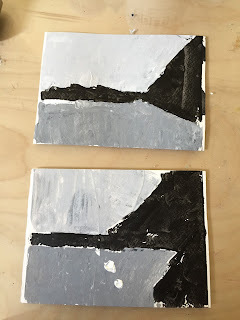