The Studio. The Painting and the artist

April 27, 2015
Before I start again about the painting let me tell you just a bit about the studio. Our house was built in 1923, but the garage was built in the early fifties. It was a place for Mr. Rymer and his buddies to play poker until Mrs. Rymer grew too worried about what the neighbors might think and put a stop to it. That is the story I got from our friend Leroy Rymer, whose father built it with help from the guys at the stove works where Mr R was the top dog but not the owner. 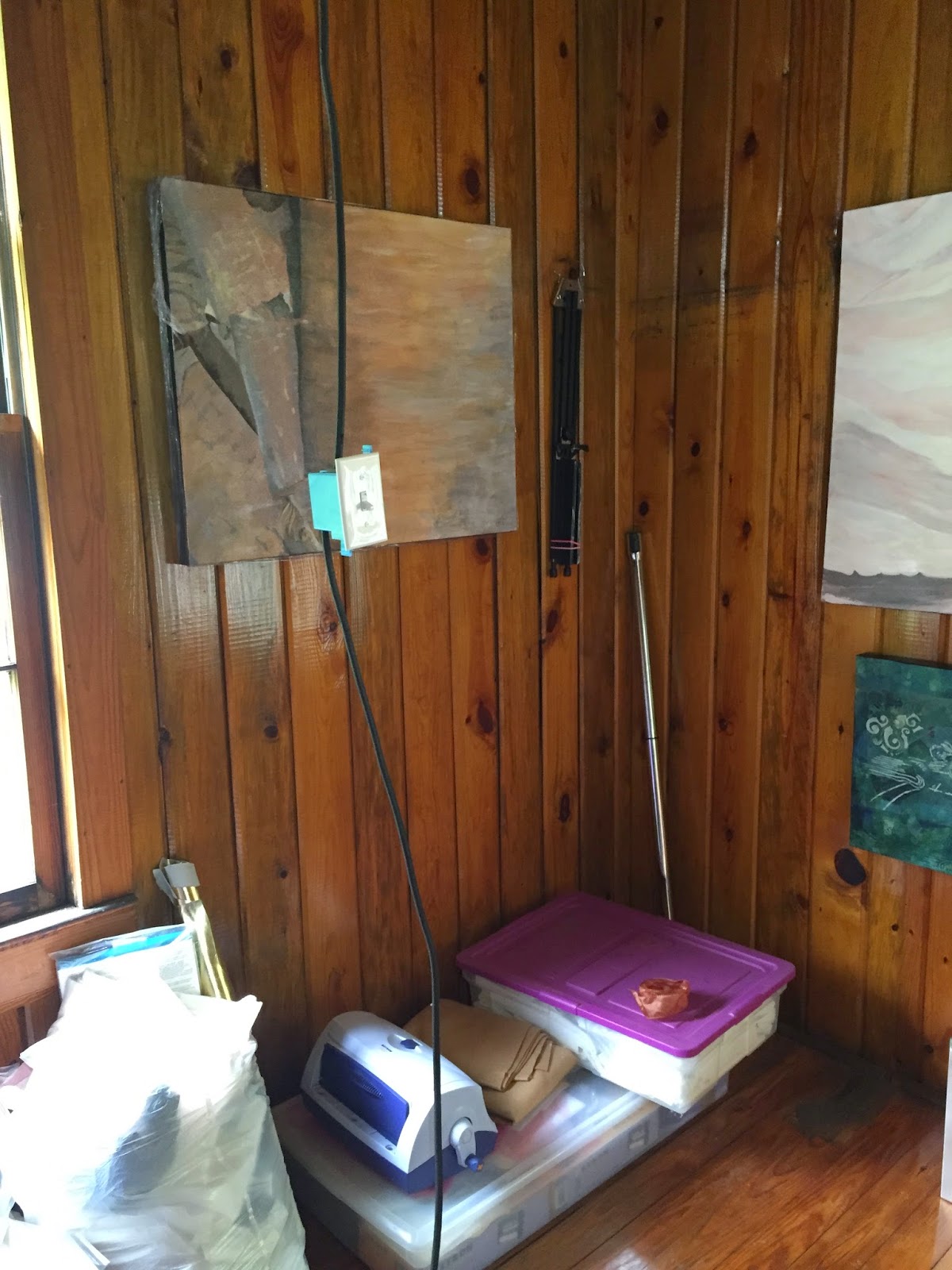 There were closets in the corners, one torn down before we got here and the other torn down by me. ( if you ever want to feel powerful, take a hammer and tear something down. Hard work. but exhillerating. On the closet I tore down was the electric switch which Dean replaced but which still hangs there because we want to decide just what we are going to do before we drill any more holes, etc.
There are also two electrical outlets on walls and one in the floor (can you imagine how many things I have to plug in? ) and the two light fixtures you see below. The big one goes to the switch and the other has a hang chain that could be reached from the card table, I think.  I have it knotted up because it kept brushing my head and it felt like a bug. Actually, it felt like one of the wasps that are always so eager to see how and what I am doing. 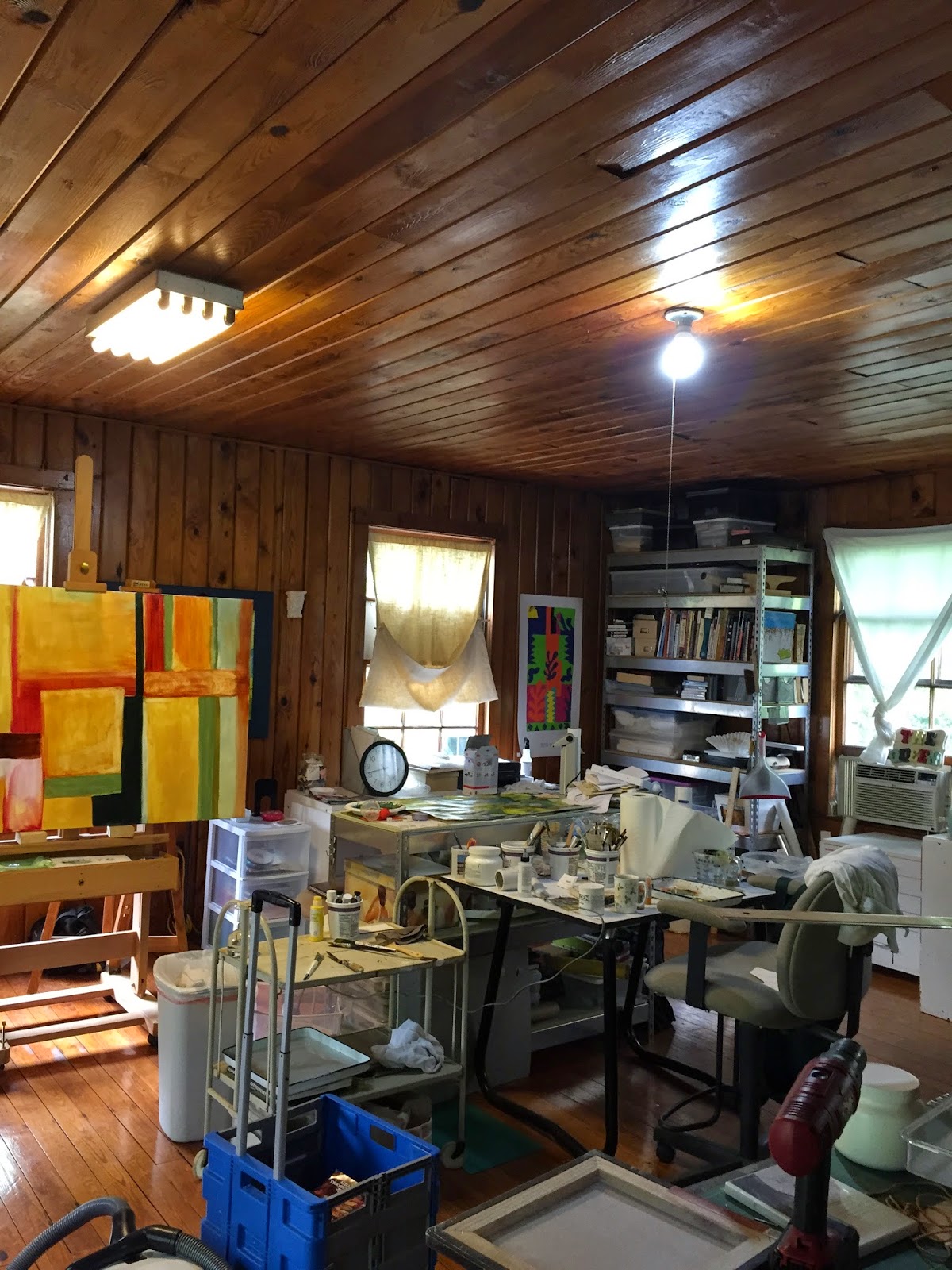 When I came back to the studio I decided that there just wasn't anything interesting about the painting. I turned it every way and that was not easy. With the easel cranked down as low as it goes the mast had to be extended nearly to the ceiling.  Step ladder to the rescue. I always keep one handy. Up and down, Up and down. I looked at every possibility. 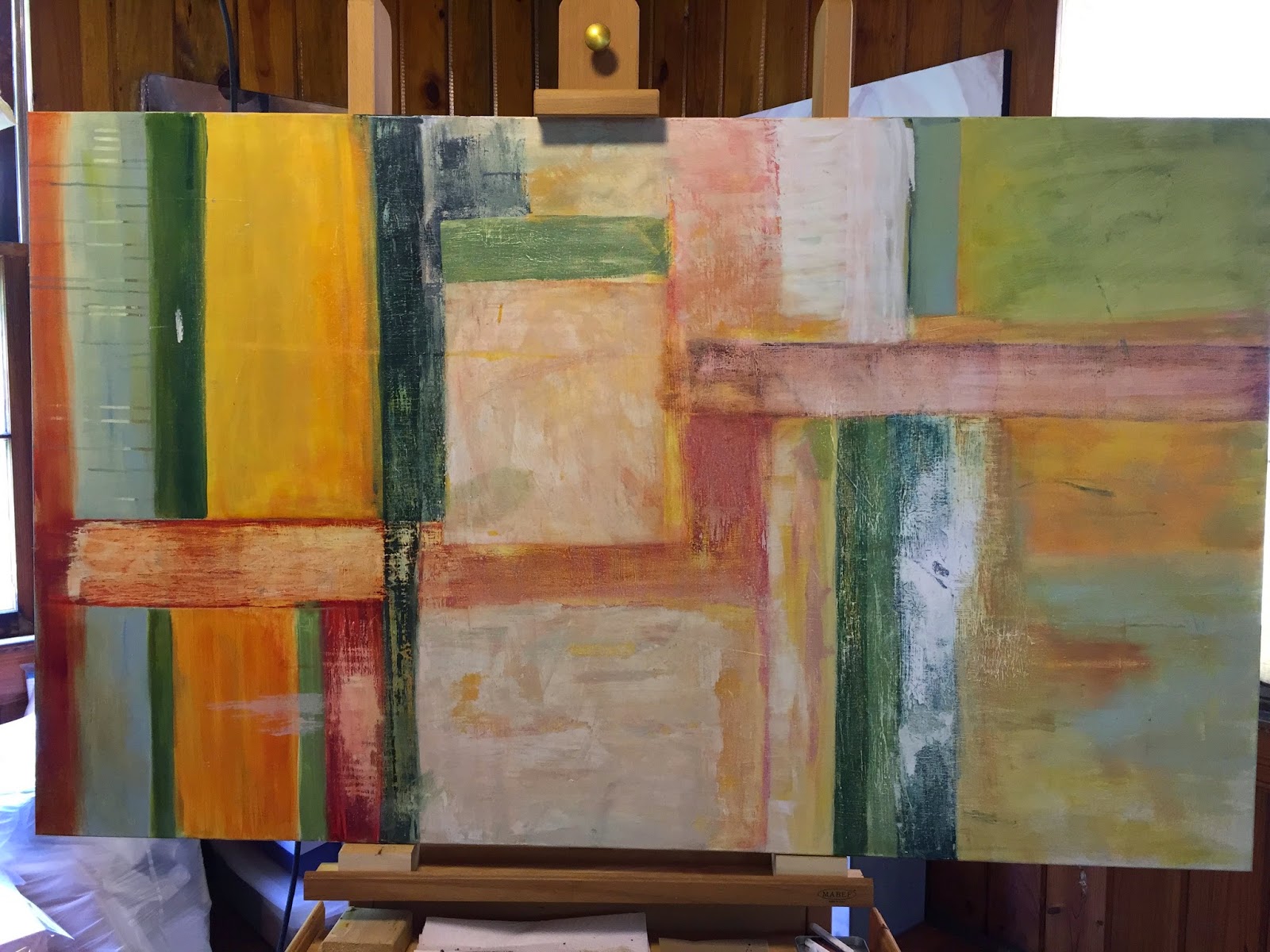 It was boring. It had no heart, no story. Would anyone want to have it to look at every day? Not I.  Since I really didn't like what I had done, I started changing it - this time with water,  a little alcohol (on the canvas, not in me) and later sandpaper. Hmmm. It looks better already, but what will I do? 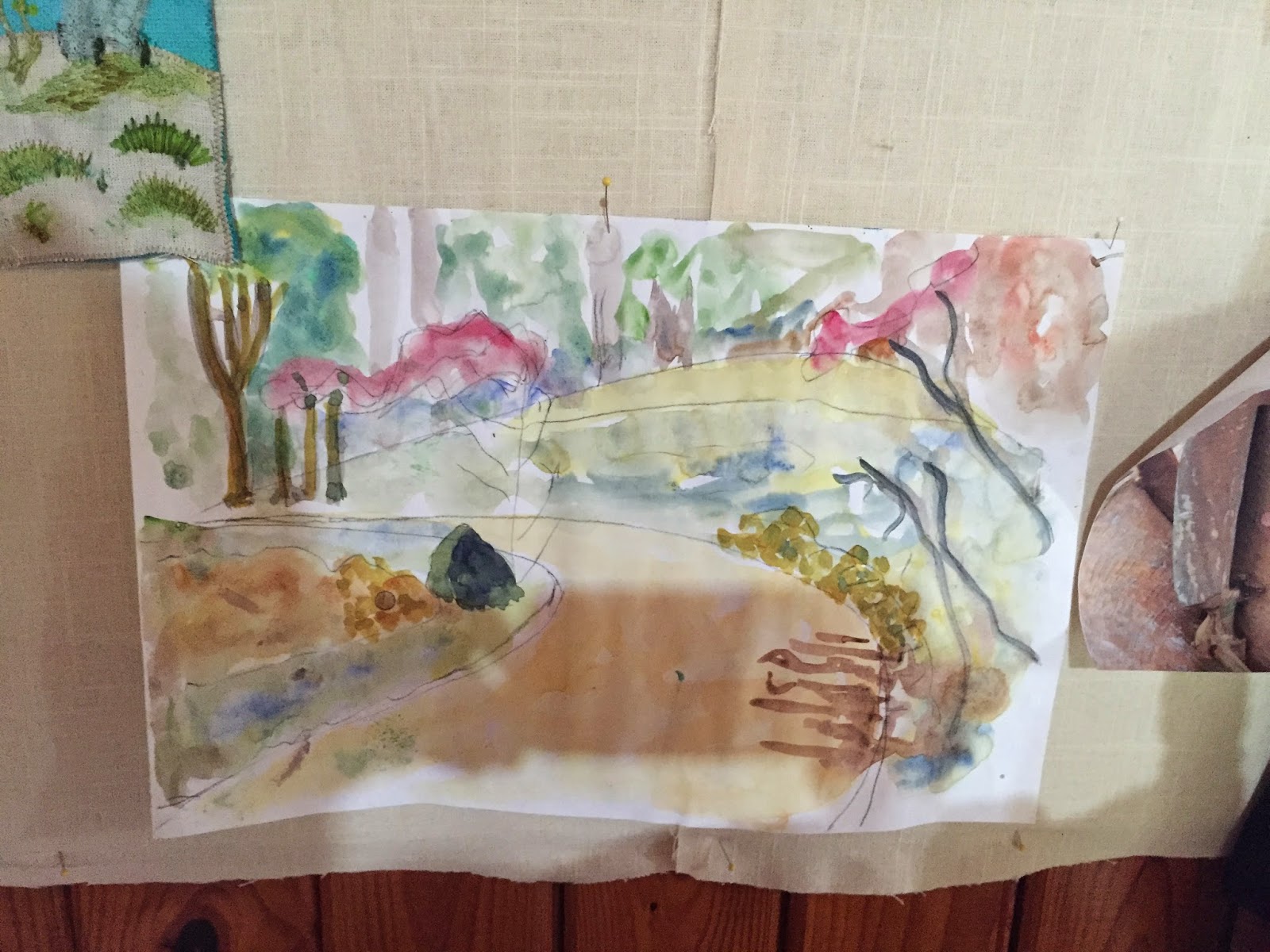 I left the studio that night wondering if I should just use this sketch of a photograph I took of a road near where we lived in the mountains.

I also decided that the next canvas, even if it is 60" long, will not be 36" wide.  3X5 is a good proportion for an index card, but 4x5 is much better for a painting. I am learning so much.  I think that the only way is to just jump in and go for it because those lessons really stick with you!

I also think that I know what I will do.

Unknown said…
It is wonderful to look at problems as learning experiences!