How big an Easel?

April 24, 2015
Today, after having my teeth cleaned(not that it matters to the story), Dean and I went to Chattanooga to look for an easel. I knew that there were some at Art Creations where I take classes so we went there. After a bit of examining and thinking and comparing we decided on one that would hold a 60 " canvas vertically, just in case. The thing was that last night, just before I went to sleep, I decided that I needed to wipe (gesso) the whole thing and paint a scene from my past - a dirt road on the mountains as it curves around and vanishes. Trees, bushes, grass, a little water - it has all the good things. I would have done it horizontally, of course, but I wanted to be ready for vertical if needed.

The easel is nice and sturdy, I didn't have to pay shipping, and Wow! it was already assembled!  Sandra, the store manager, and Dean rolled and carried it out to the car and the three of us just got it in with about a hair to spare between the back lift gate and the rollers on the easel. Whew! The trip  home was uneventful, the best kind of trip, and Dean liked having the arm rest. Yes, the mast of the easel was in the front seat with us.

I am sorry but I did not take a picture of each of these things and I am NOT going to start over. 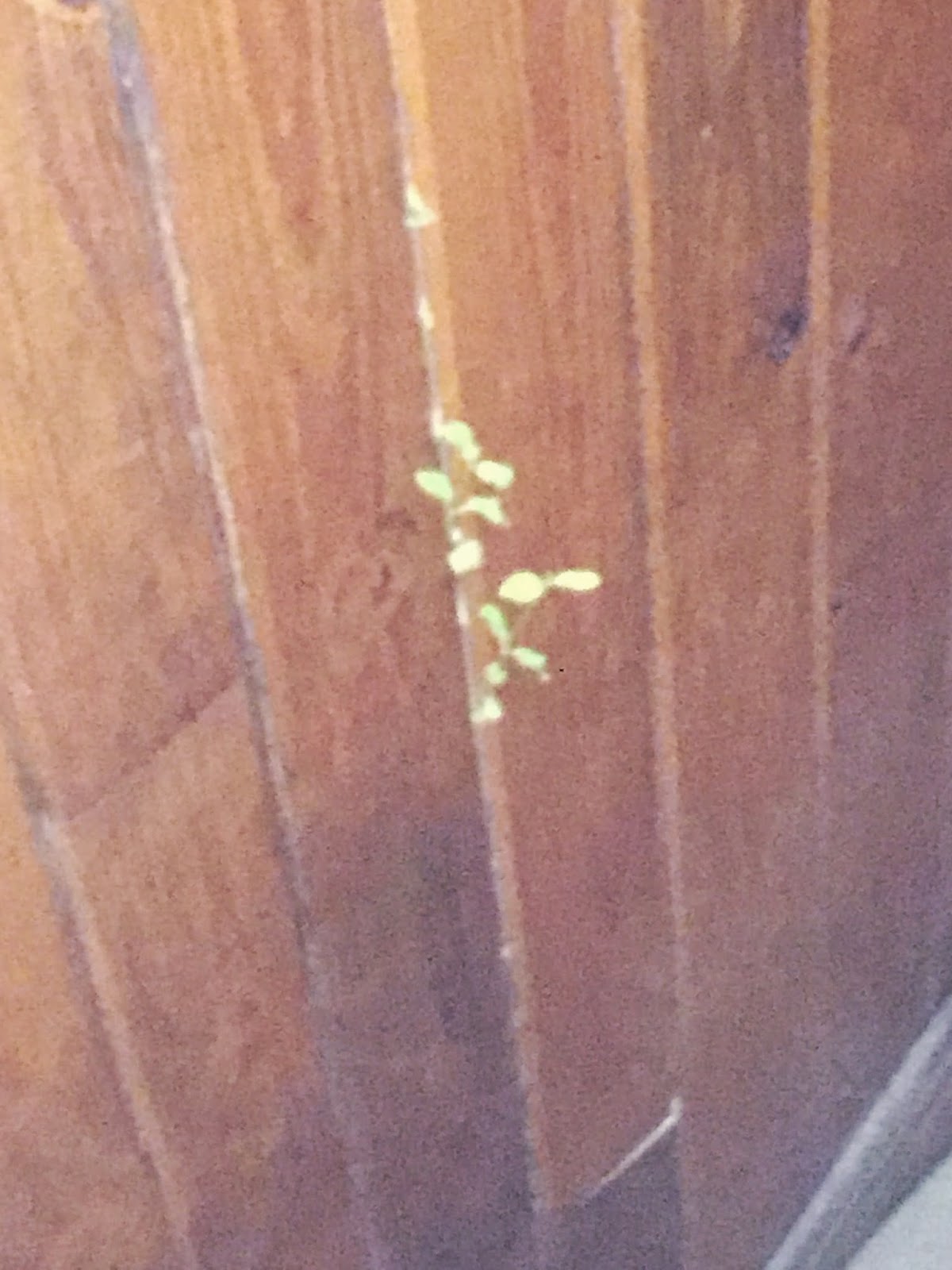 Some people have to decorate their stairway but mine decorated itself. When I am coming down at night with only a flashlight and put my hand on it it always startles me!

I didn't even take a picture of the bare easel in the studio. 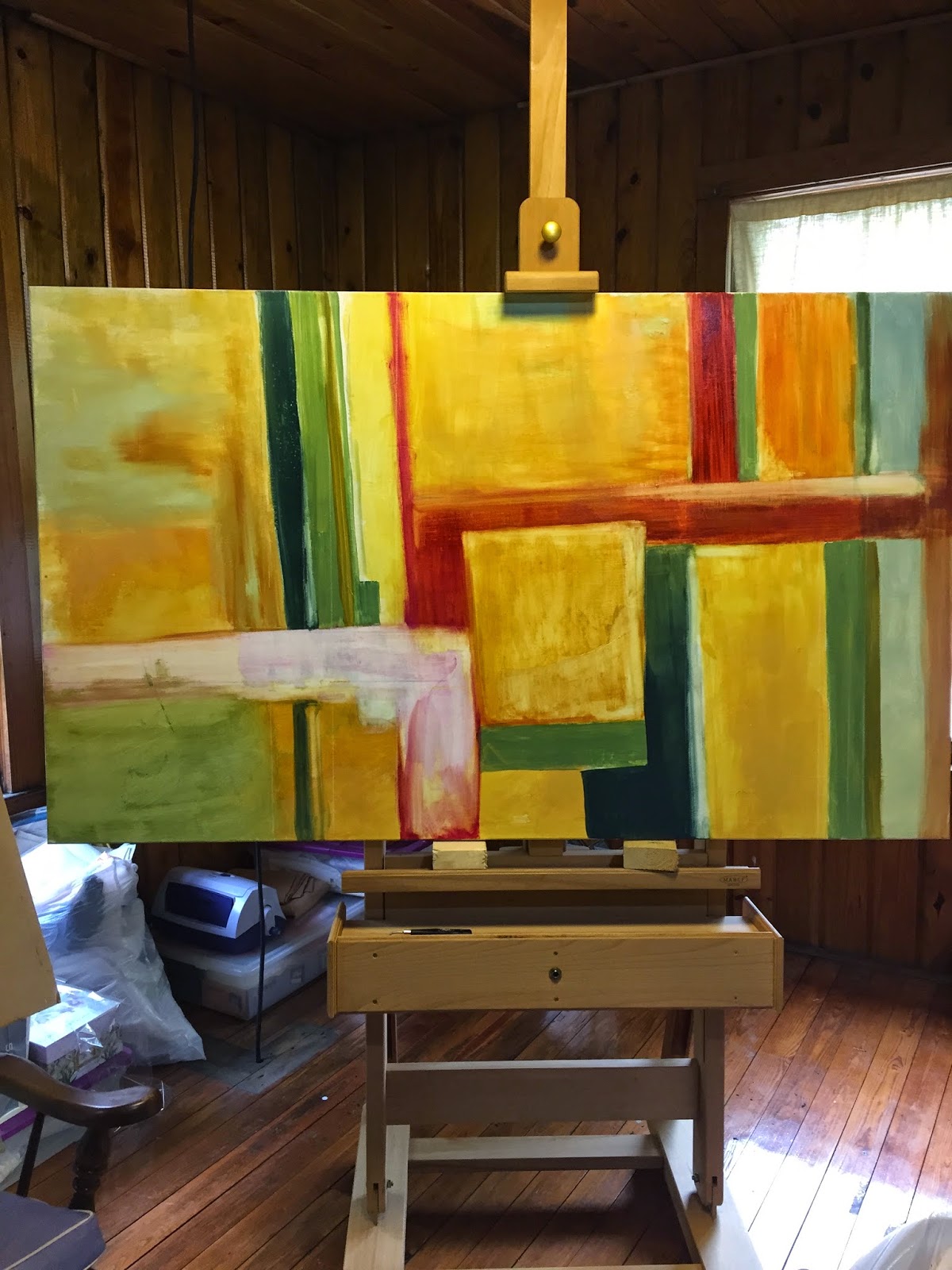 By the time we huffed and puffed it up there my heart was pounding and I had to sit down and breath and blow out to get rid of the carbon dioxide that had accrued during that trudge up the stairs. It was hard work!!
So here is the canvas. Lots of yellow. That is going to change. 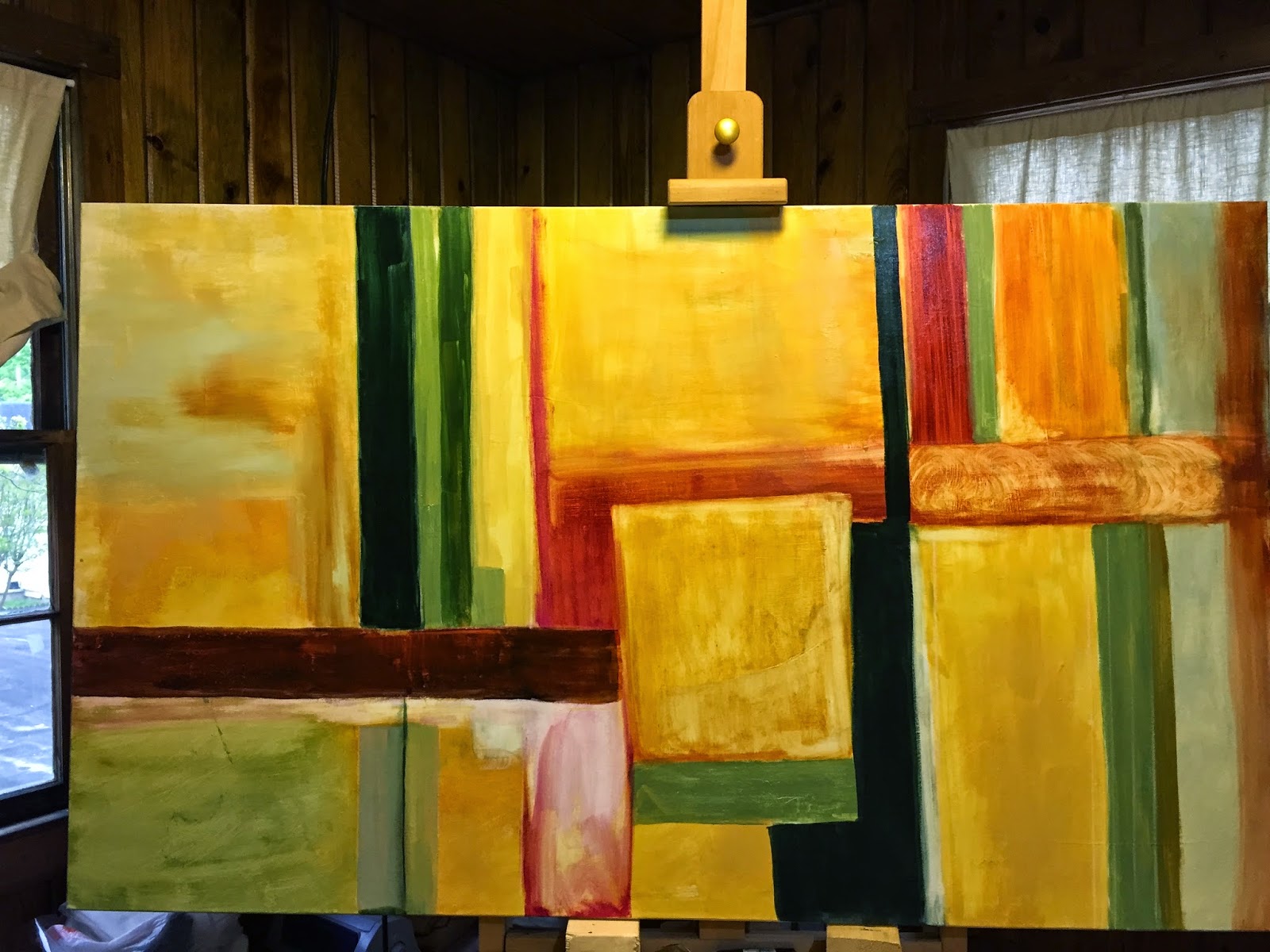 I did a little work and straightened some of the lines. It is getting better but has quite a way to go. The dark green stripes were a really dead looking color because I used Naples yellow, quite pretty on its own, to mix with.  Not a good idea.  I wiped that out and mixed Indian Yellow Hue, which is transparent and Anthraquinone Blue and got a lovely dark green that has some life to it. Opaque colors just are not good mixers unless you are looking for opaque.

I will be using some more of the light blue-green and some of the Indian Yellow and some other colors to replace/soften at least some of the yellow/gold and I need to work on the depth. The next time I show it I will be ready for critique and I am sure that I will need it. 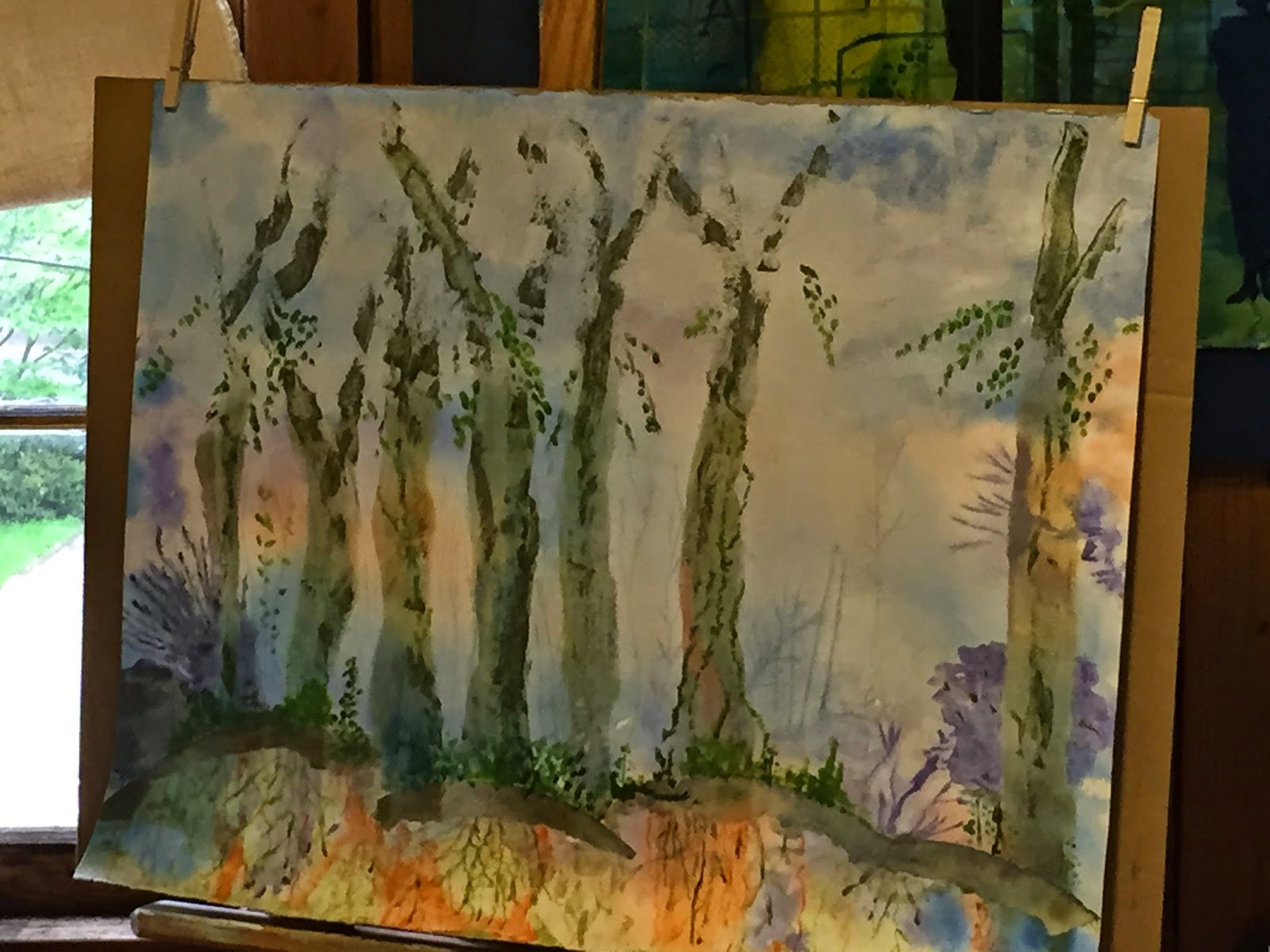 Here is the old easel with the fog painting on it. It has a way to go, too but I am liking it and think that it will finish well. When I lived in the mountain I used to watch the clouds or fog roll across the yard. I always wondered which it was...cloud or fog.