October 05, 2014
For better or worse, I'm back. Someone asked this week what was with the blog and I have to say that I don't quite know. Suddenly I wasn't drawing or blogging either one. I was reading, so maybe I can blame it on Louise Penny, whose ten books I read in about a week. I also went to Tullahoma and to the doctor with Dean and I have done some work on the house, changing things around once more and...the time just flew.

What has been done, though, is this. I moved dishes and other stuff around in the kitchen. It seems to take living with things for a while before their best places can be found. When we had the family over for DH's birthday I discovered that earlier in the summer I had put too many glasses up way too high to be used so that cabinet was rearranged. The upper and lower cabinets on the other side were also rearrange slightly so that now the pantry is a little easier to work in. 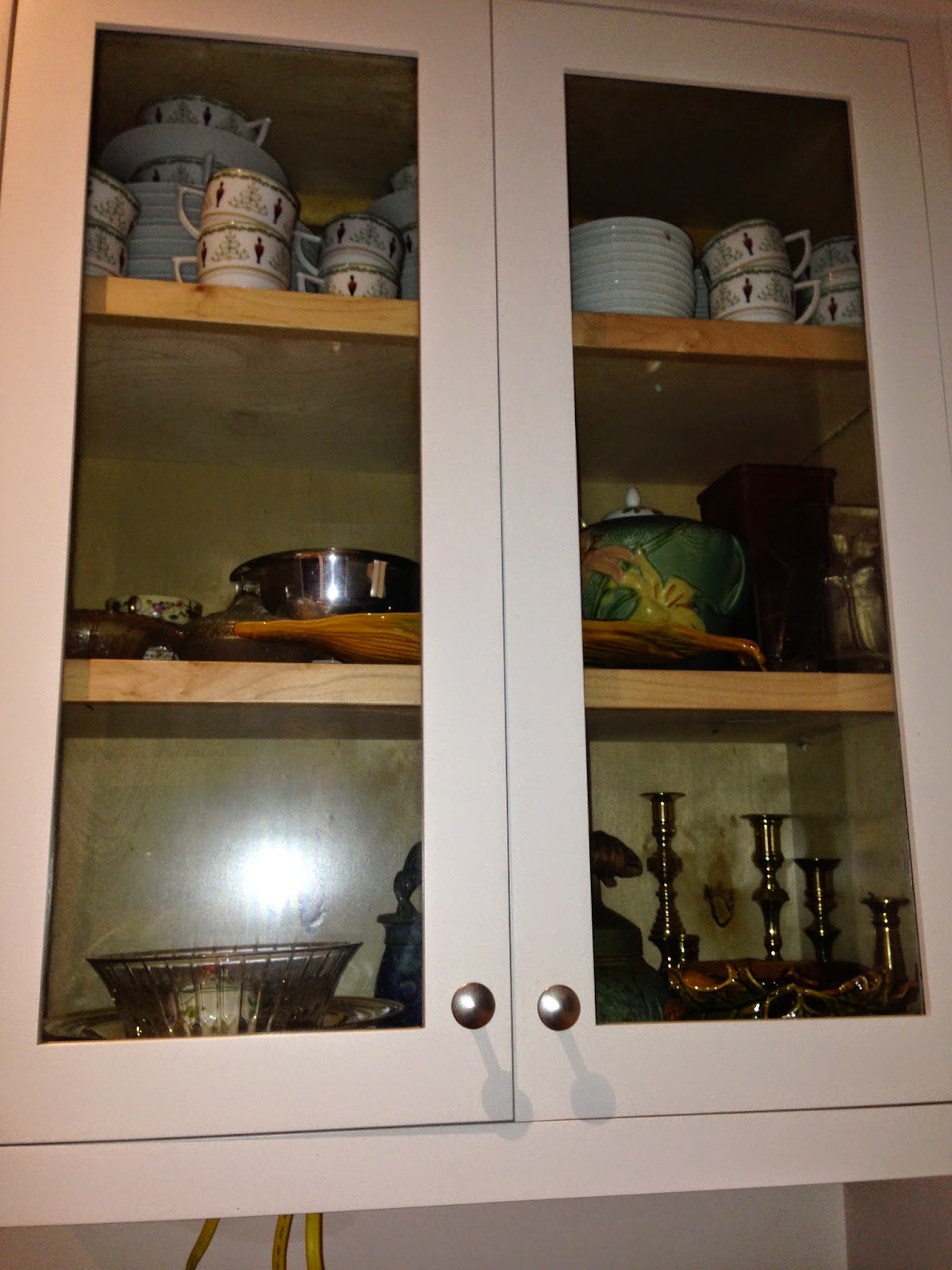 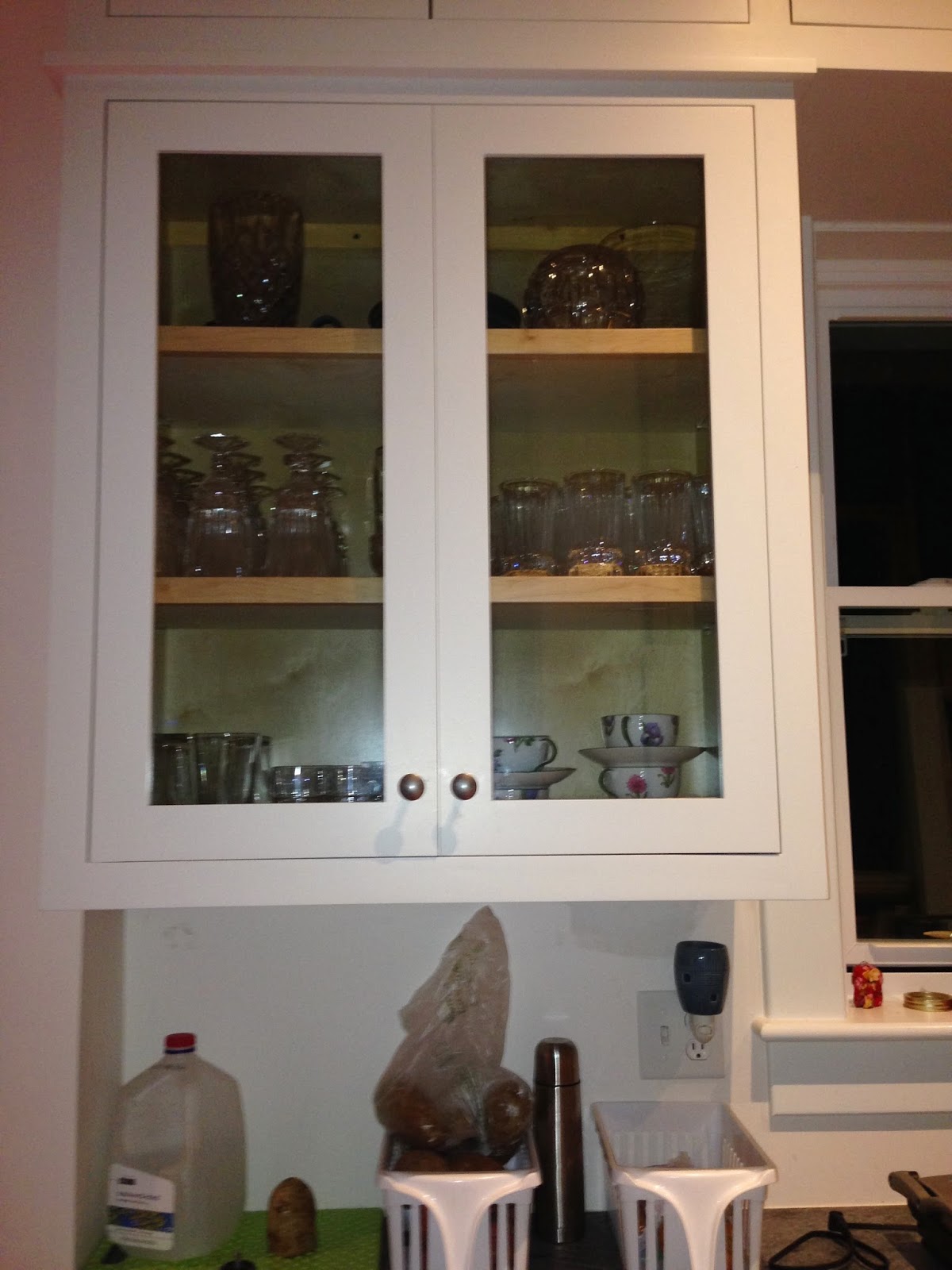 I also took another shot at getting the living room better. This required the Vicki and Caro Decorating and Furniture Moving Company, and I think it is finally right. I need to buy or make some pillows (cushions) for the sofa backs, but at first I thought I was going to have to buy a new sofa! My partner in crime  decorating had a better idea and we moved a table and the sofas and voila. here it is. DH says that it looks bigger and I agree. If not really larger, at least more open.

Hint: try moving your furniture around in the show room and don't buy anything as heavy as mine! 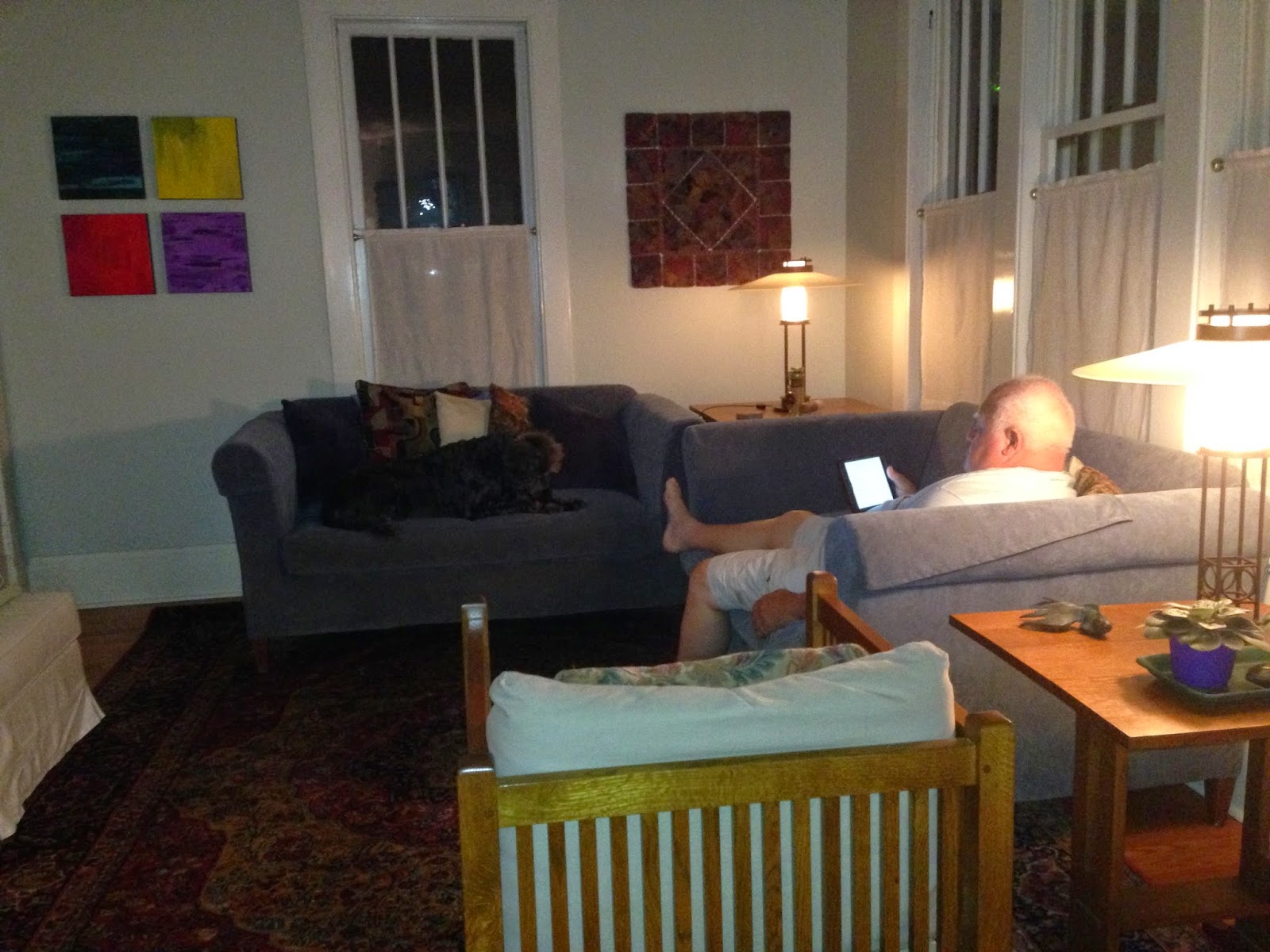 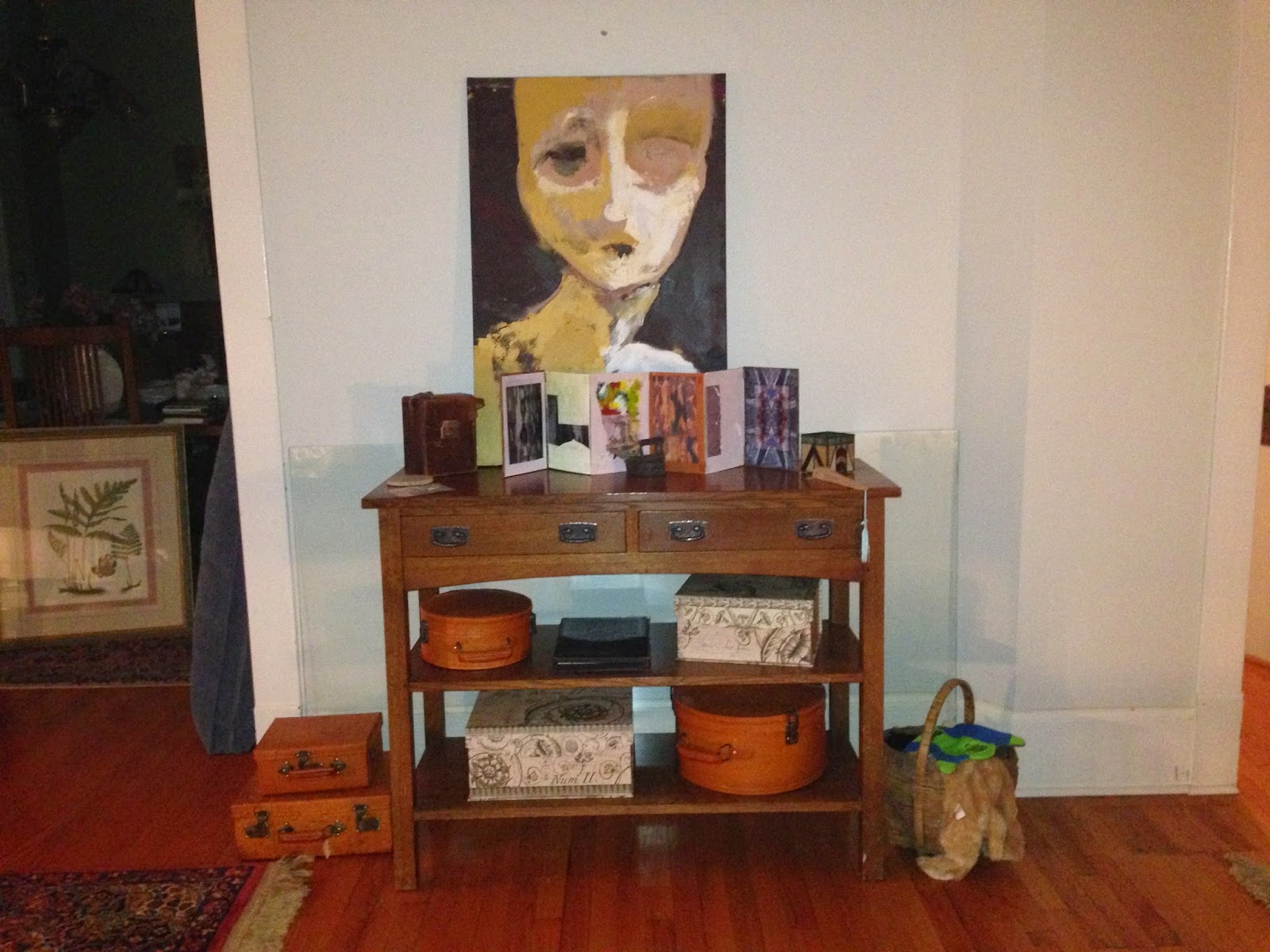 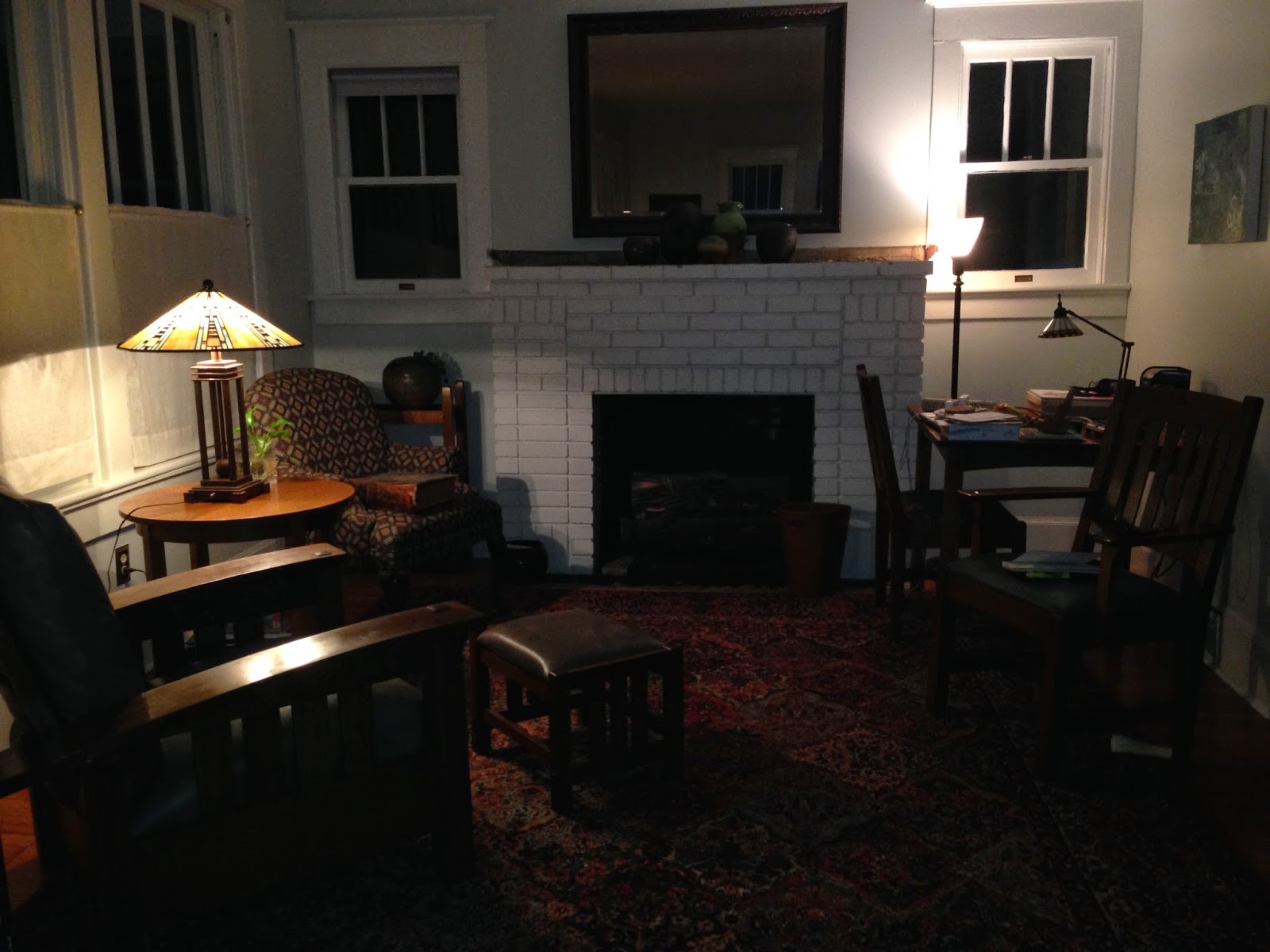 I am sorry that these are so dark. I took them at night and evidently without flash.  If you are just dying to see another view let me know and I will reshoot these. The pictures/paintings still have to be hung.

Our painting class has formed a group called MMIA - Mixed-Media Inspired Artists- and we are having a show right now in Dalton GA. We also have shows planned for next spring and the following spring as well, both of those in Chattanooga. We each have three pieces in the present show and I hope that this time one of mine sells from the gallery. Of course I took one of them off my wall to enter it so if they don't I will just put it back up. 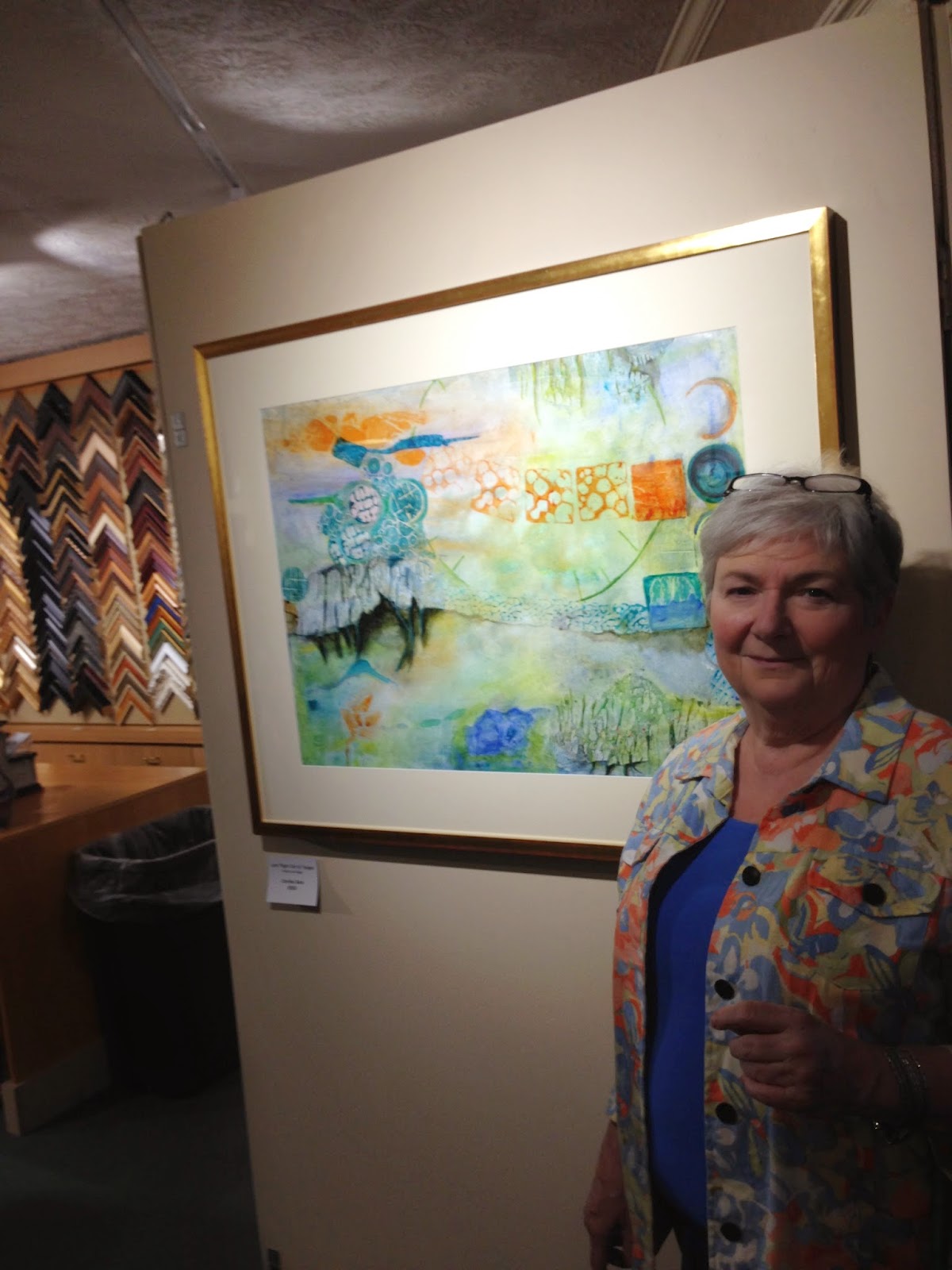 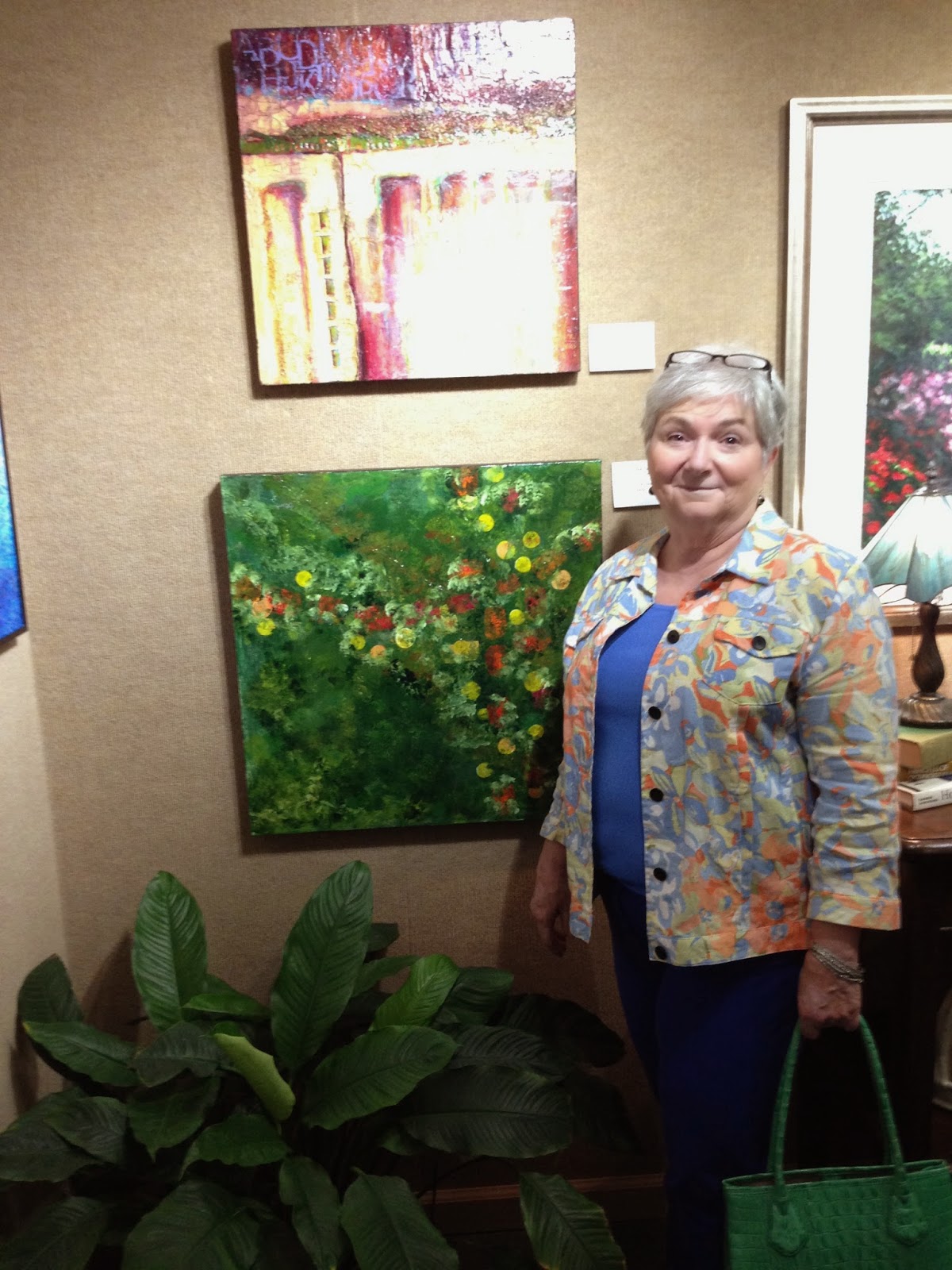 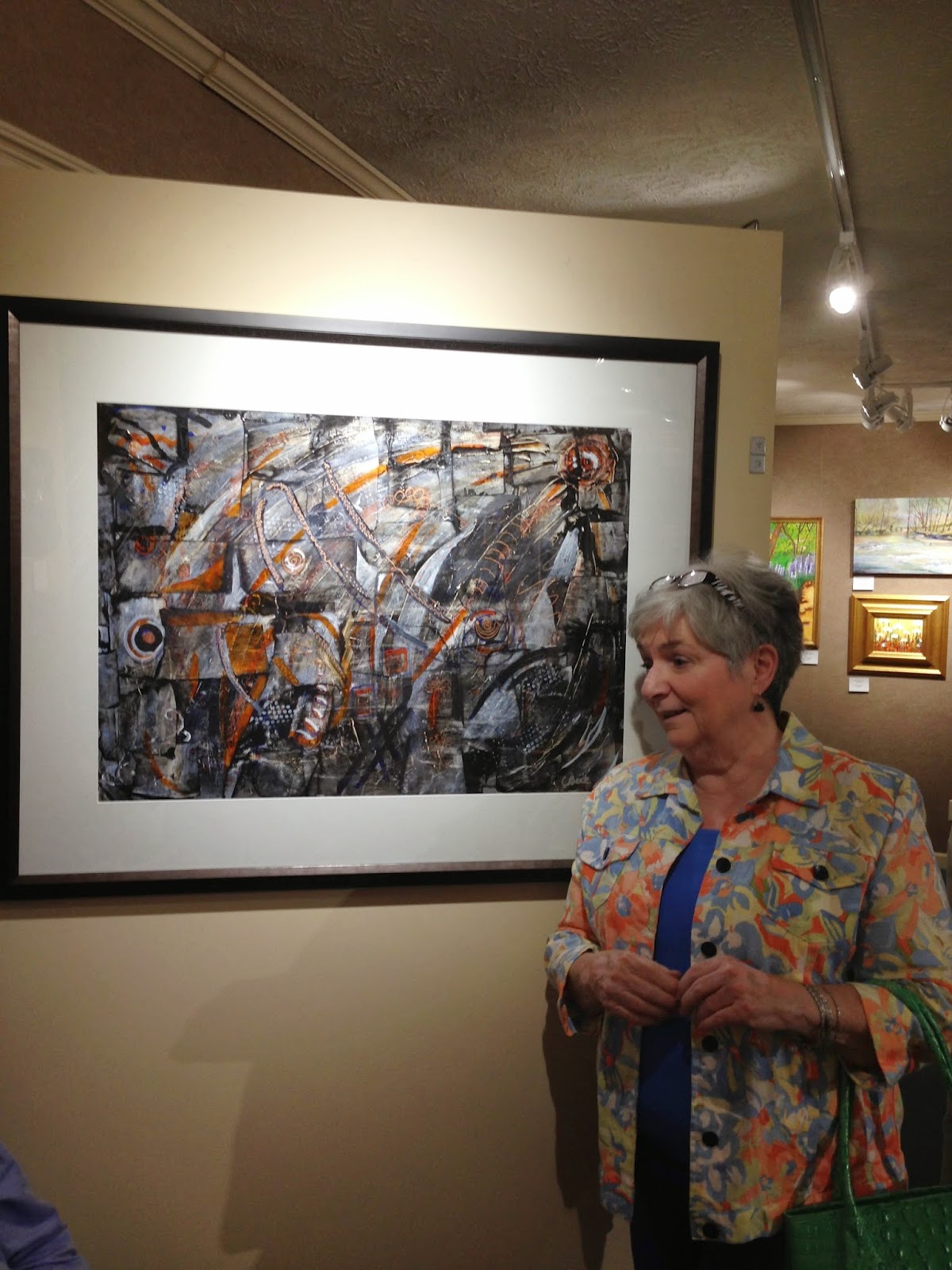 DH returned to the doctor yesterday and will go Tuesday for an MRI then see the doctor the following Tuesday to discuss what is to be done. The consensus at this time is that surgery will be required followed by a month of healing and then physical therapy. Unfortunately the porch wasn't finished when all this happened but fortunately there is flooring in front of the door so we can use the front door. Finishing the fence is back on the back burner for a while, though. So yesterday we were talking about screen doors and DH found one - that he plans to build. Maybe after the kitchen windows promised last winter and still not done. which are in line right after the porch and the fence and the dust collector for his shop and...I think that I will be talking to Ka-Ching (our pet name for our builder) about the kitchen windows.  There are only storms in the space over the sink. Thin storm windows.

Unknown said…
I think that you partner in crime has the cheap gene. Or perhaps the thirfty gene. Your paintings look very good; I am glad that you got pictures beside all of them. Fingers crossed that some sell.
October 5, 2014 at 2:20 PM