June 23, 2014
Someone always builds wonderful sand sculptures on our beach. I have never found out who it is, but they are always fun. This year the rain got to them before I did, but I think that you might be able to make out this mermaid with the curly hair 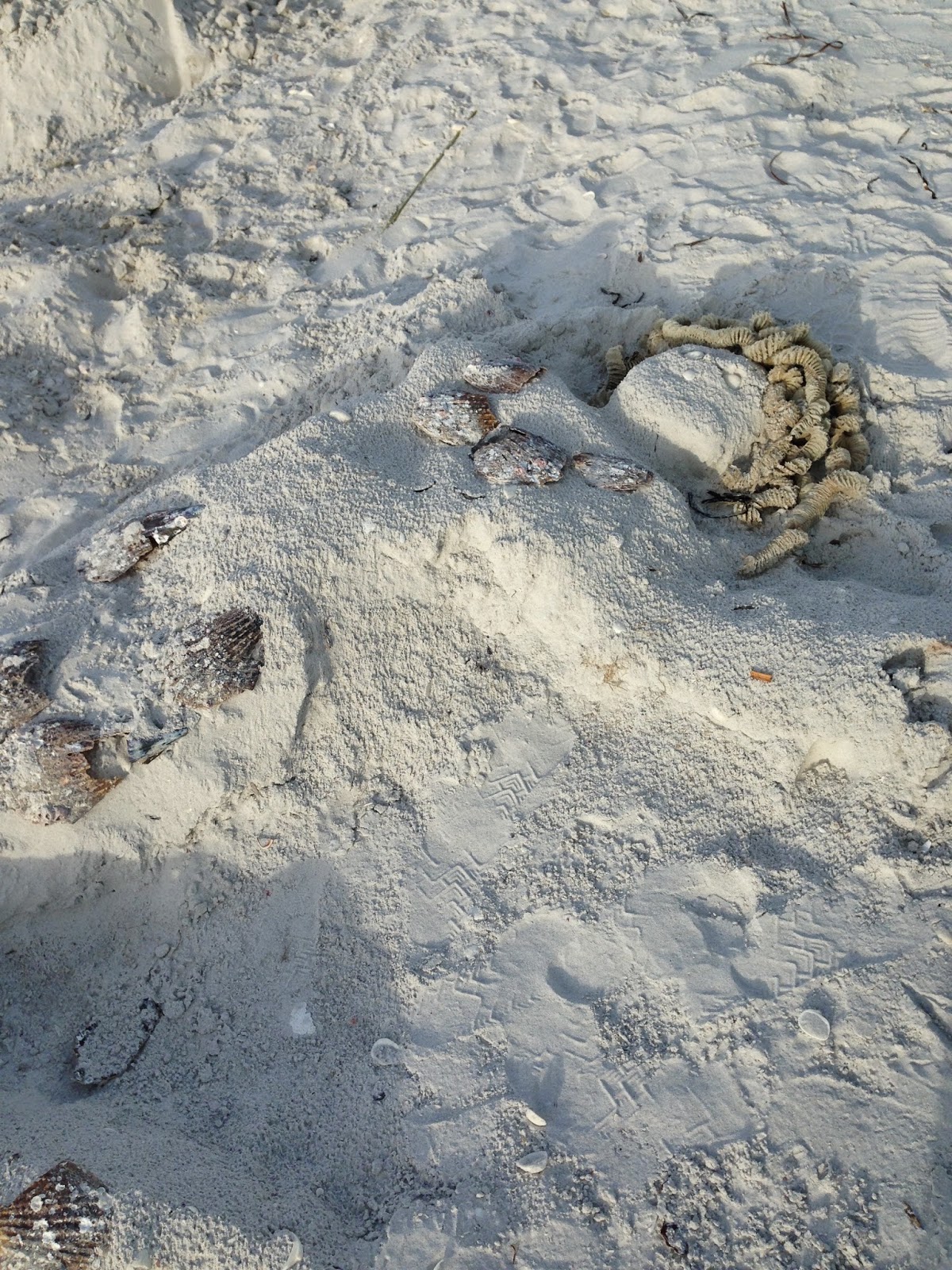 and maybe the alligator/sea monster 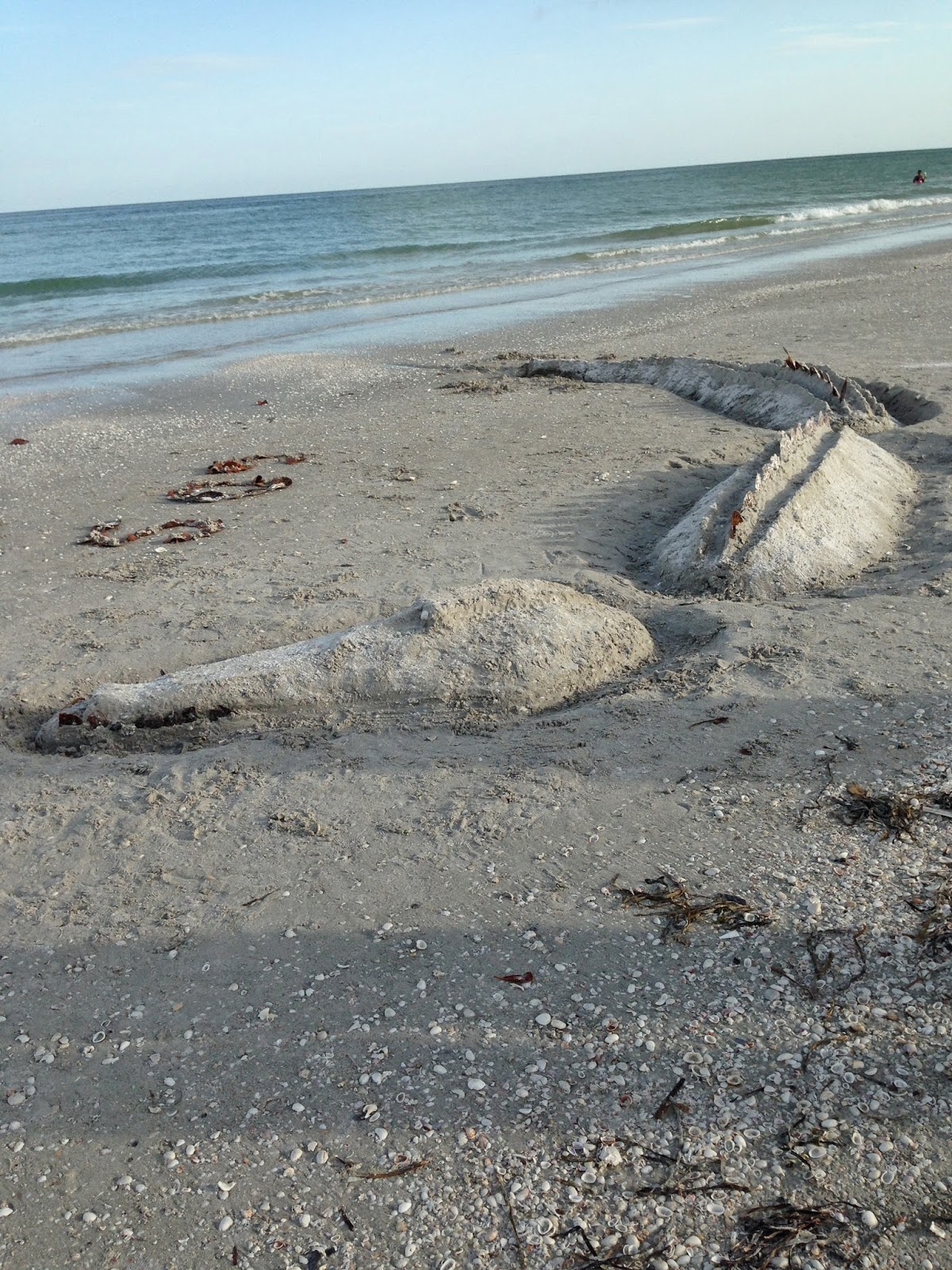 We take two days to go to the beach and two days back. Last year on the way back we stopped in Warner-Robins GA and went to the Air Force Museum where they had several planes that DH flew while in the Air Force and one that he flew when he was first hired by Delta where it was known as "the Freighter".
This year we stopped at Rainbow Springs State Park where there is a swimming place fed by the springs. The water temperature is 72 degrees F, year round. Let me tell you, it was chilly! After about 45 minutes in the water we were cool for the rest of the day. DH, who was not feeling particularly well, didn't swim and he was sweating while the rest of us were ready to do away with A/C. Cool to the core. I had to keep my eye on the little one, who took several breaks, because although she swims like a fish, she doesn't have much insulation. By the way, the depth of the swimming area was 6 - 15 feet, so there was no standing; you had to tread the whole time. One of the more unusual features of the park were the dressing rooms - two towels beside the car. It can be done.

Today I moved things around in the kitchen and, getting smart, took some pictures of the highest cabinets so I could check on what I had put there. I have to get the ladder out to reach the doors, so I don't often check and had forgotten what was there. Now there are paper plates and crystal glasses that are seldom used. 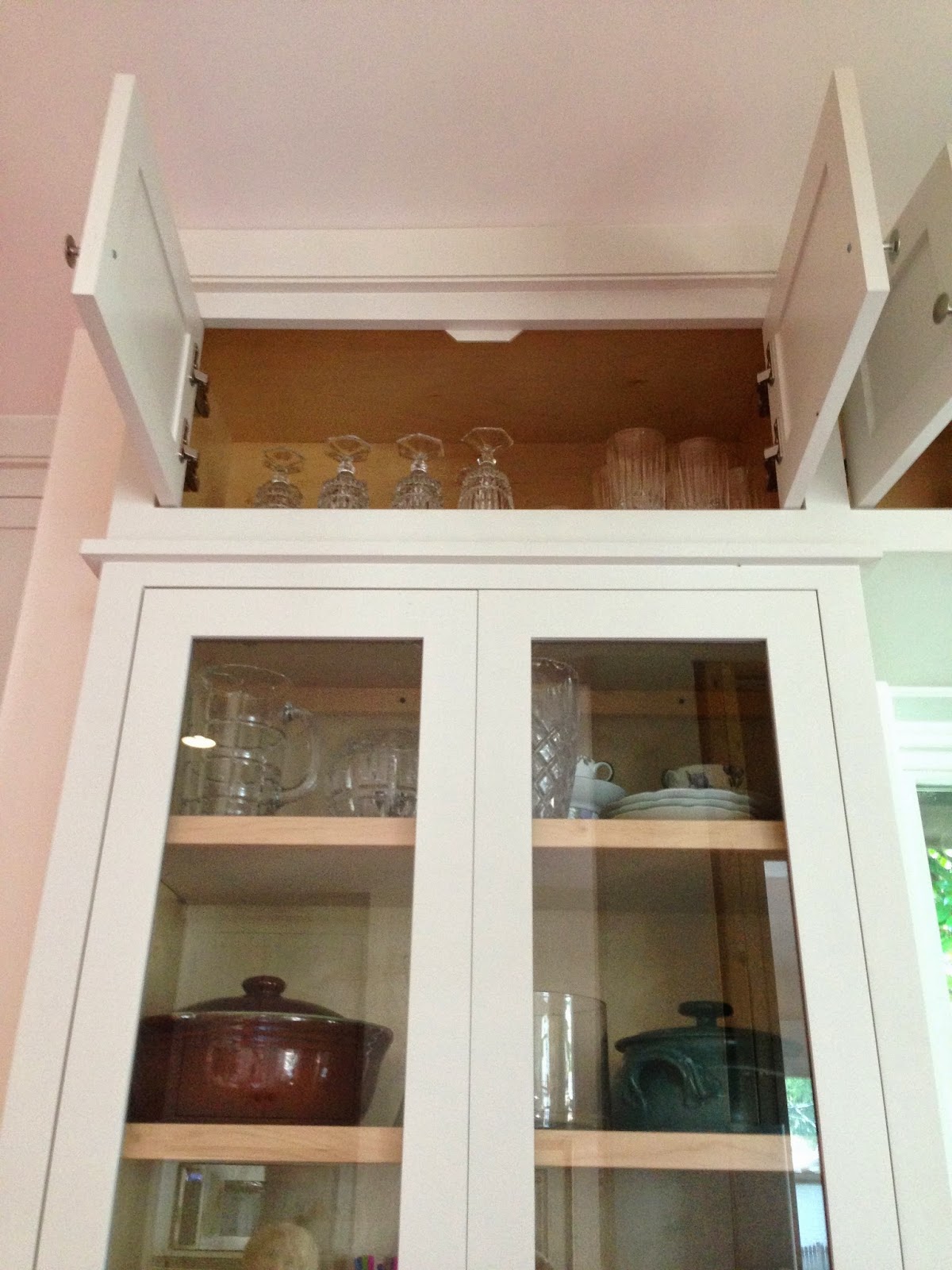 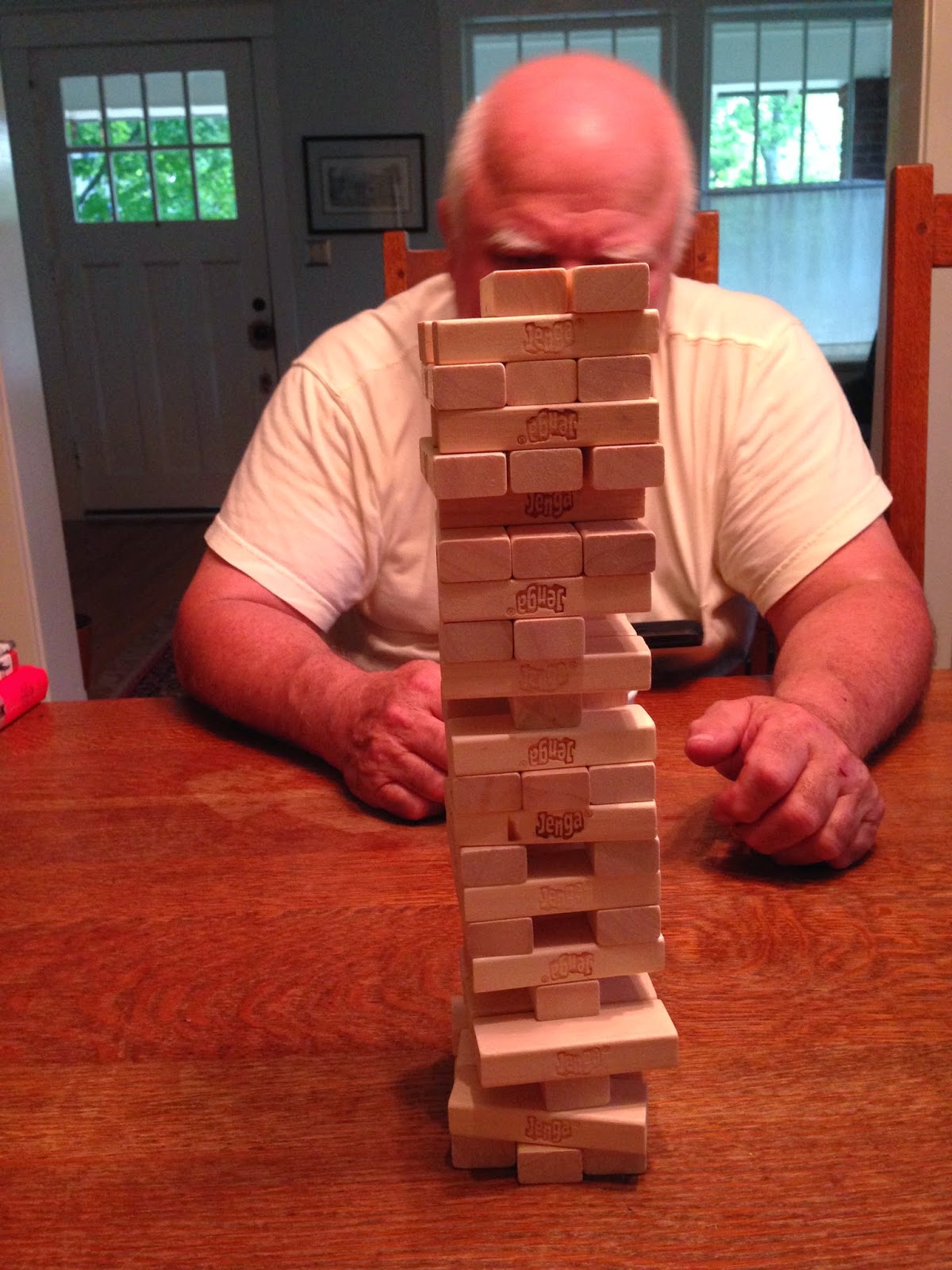 Tonight DH and I played Jenga 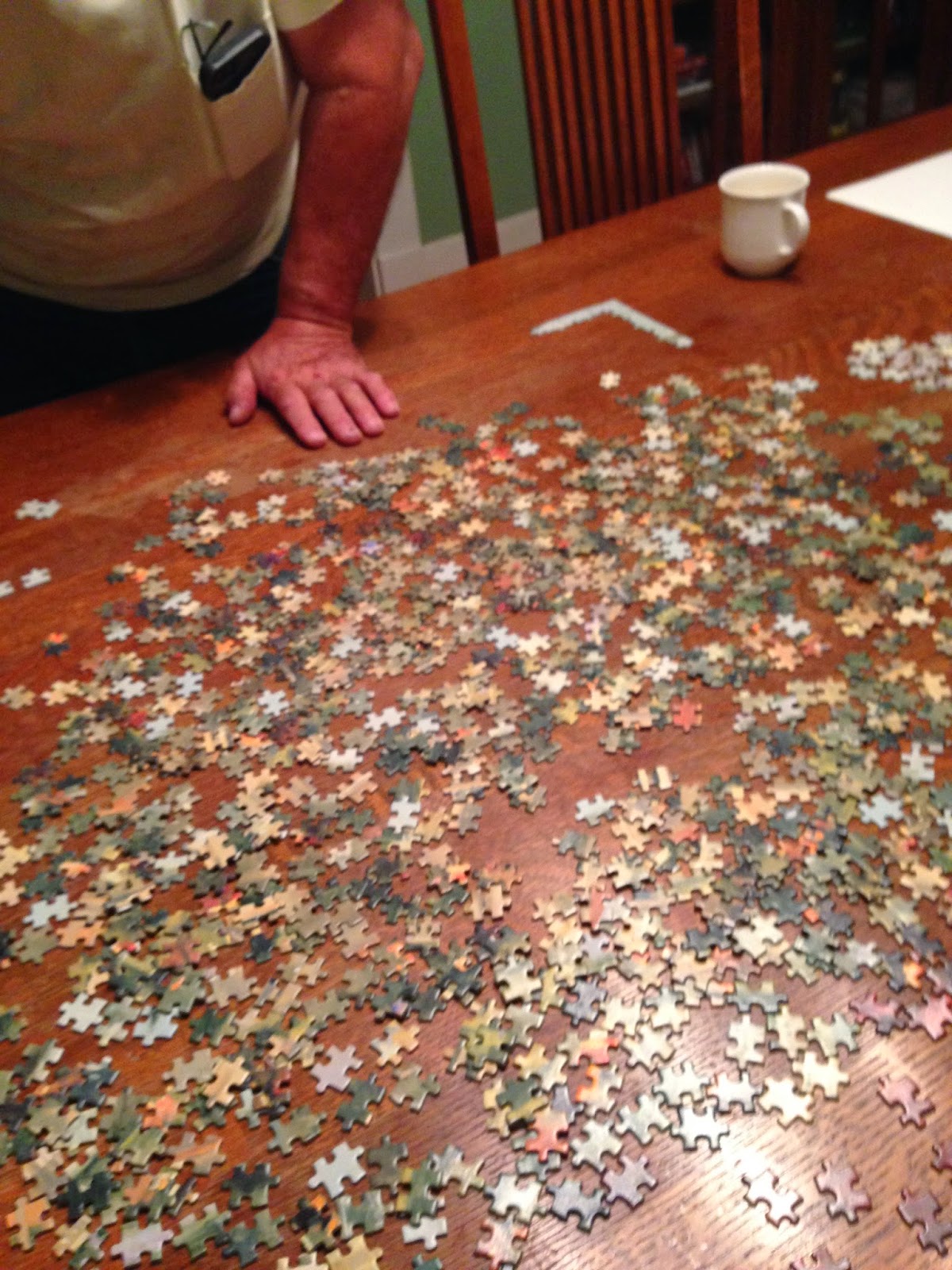 and started a 1000 piece jigsaw puzzle. Charter is raising our TV rates and we are thinking about just giving it up. We don't watch for days at a time anyway.

The puzzle is a painting of a building and garden in Tuscany and it is not going to be easy. We will leave it up and eat at the other end of the table for a while. We did a little more after this image was made but we have a long way to go.

I cut the grass this morning and am going to attack some of the branches that are hanging into the drive, or are dead or otherwise need removal in the morning and then I plan to go to the studio and rework that purple and pink painting as well as begin another. Big plans. I hope it works out.