Some Things I Want to Know

Who set the world onto fast forward and can we just slow down a little? I want to know. It seems that the days race by faster and faster and suddenly a week is gone and I am left wondering where it went. Also, I want to know why dogs always have to throw up on the carpet and not on the floor. Inches from the edge, maybe, or even on the fringe, but not on the floor. Always on the rug. I have not used any pictures to illustrate these questions and I will say right now, "You are welcome" because you know that I could have shown you just what I mean. Neither picture, either of me with my head spinning or the other, would be very pretty.

Last week I went to Atlanta to visit a friend. There were so many cars and everyone was in such a hurry. I love Cleveland more than ever. I had a wonderful visit, but we stayed up way too late getting caught up - until 6:30 in the morning the first night, then until two and then until 4:30. It has taken me a while to get my days and nights back in sync. 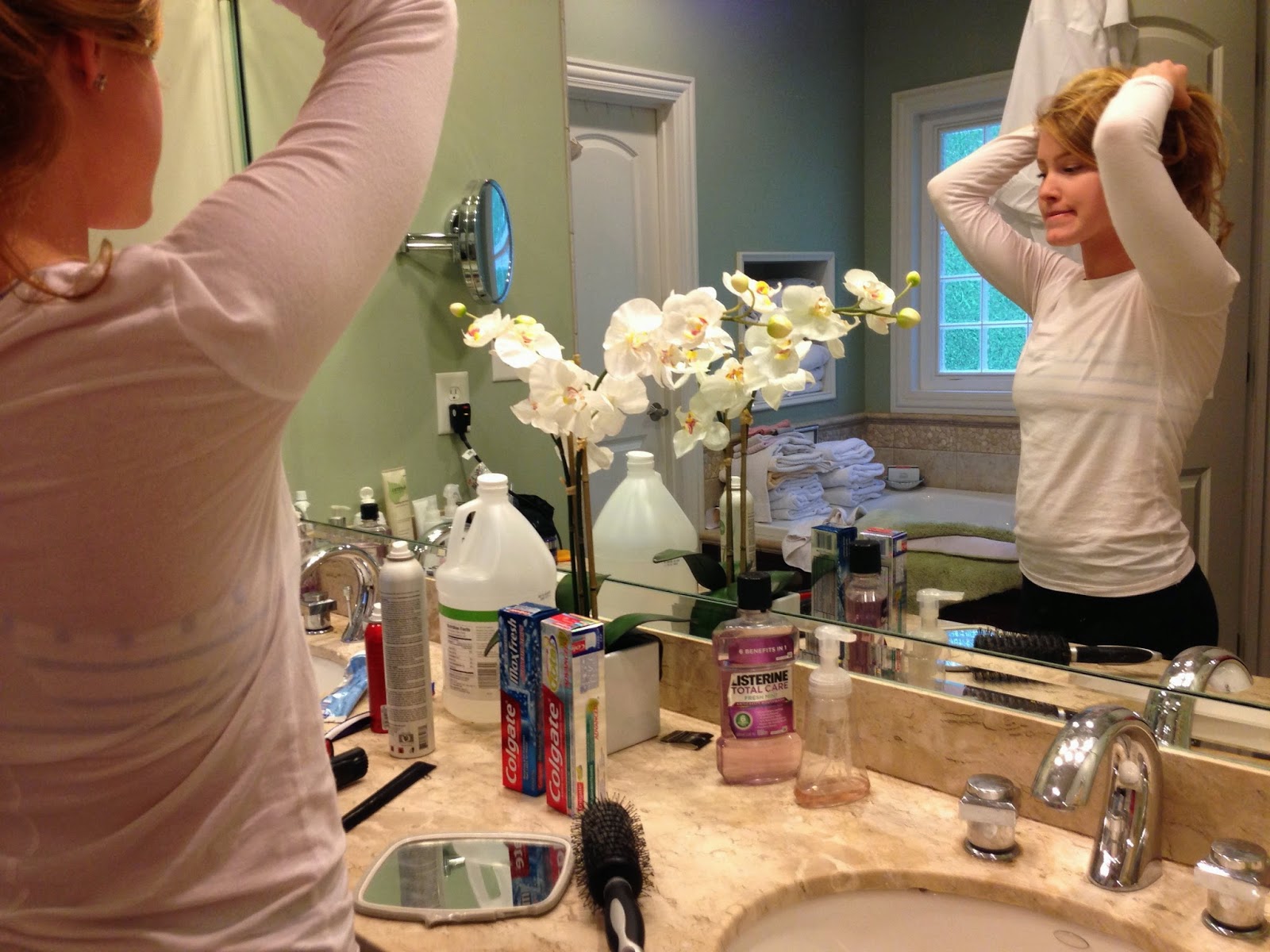 My niece Katie is posing for me so I can work out a painting I want to make. In the painting an older woman would be looking in the mirror at her younger self. I am not certain that I can work it out the way I see it in my mind or that I can actually paint it, but I want to try. 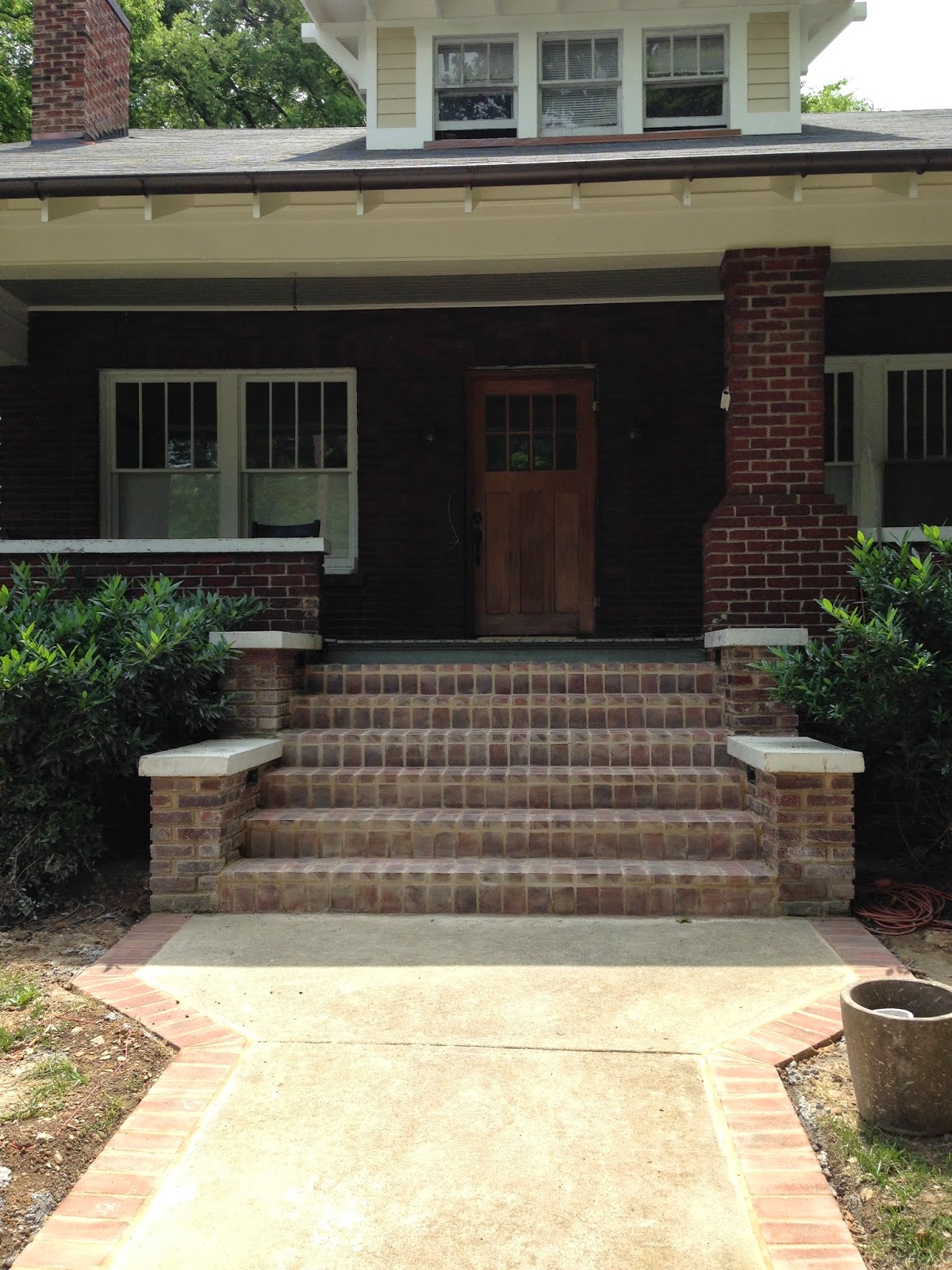 The steps are finished! Actually the installation of the lights has to be completed, but all the brick work is done. I am pleased to have it done and want to get some pots of flowers and some new furniture but not until we get back from the beach. Vicki, our friend Lorraine and I took all the extra bricks to the back where they will be used for a walk from the porch steps to the driveway, an area that gets very muddy now. I hope to get that done tomorrow. 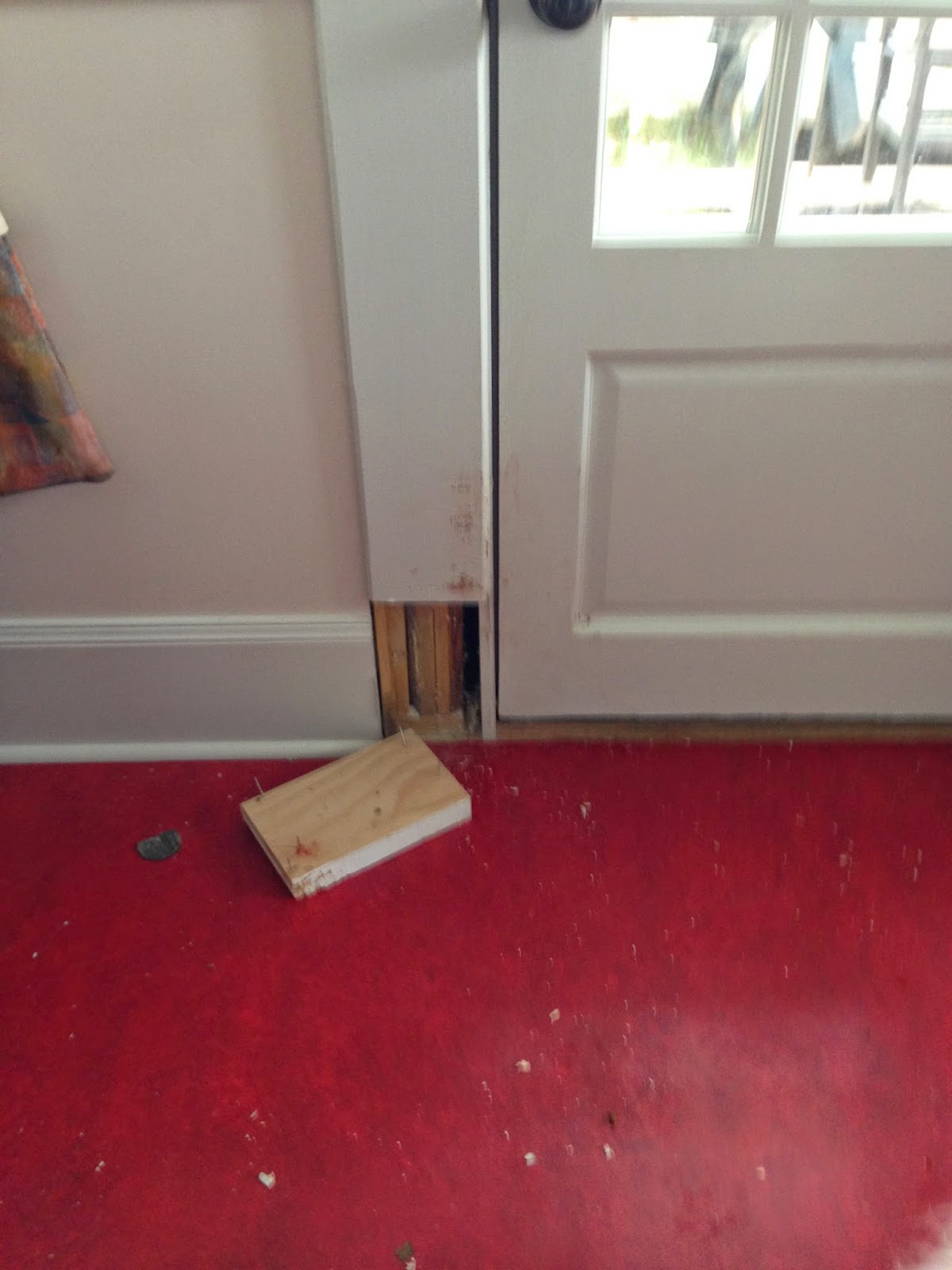 Today there was a lot of thunder although there wasn't much rain. When it started I was at Vicki's and DH wasn't home so Jackson got very nervous about being here with only Bella for company and tore down the corner block at the door. Poor guy gets so upset! Maybe as upset as I am although in a different way. 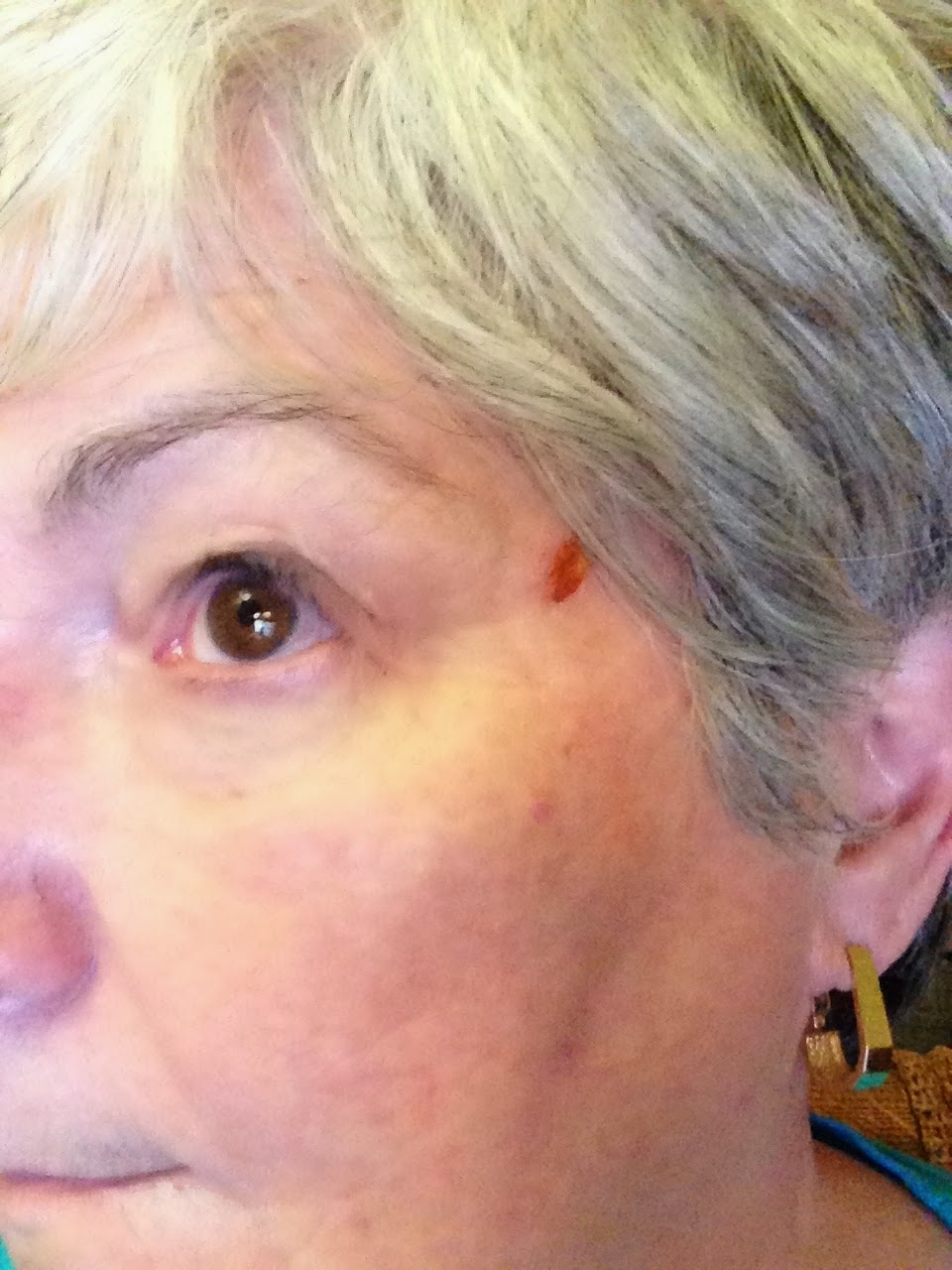 I had to have a shave biopsy on this little place. I haven't heard the results, but I expect that all is well.  Now if it will quit itching so I can leave it alone... 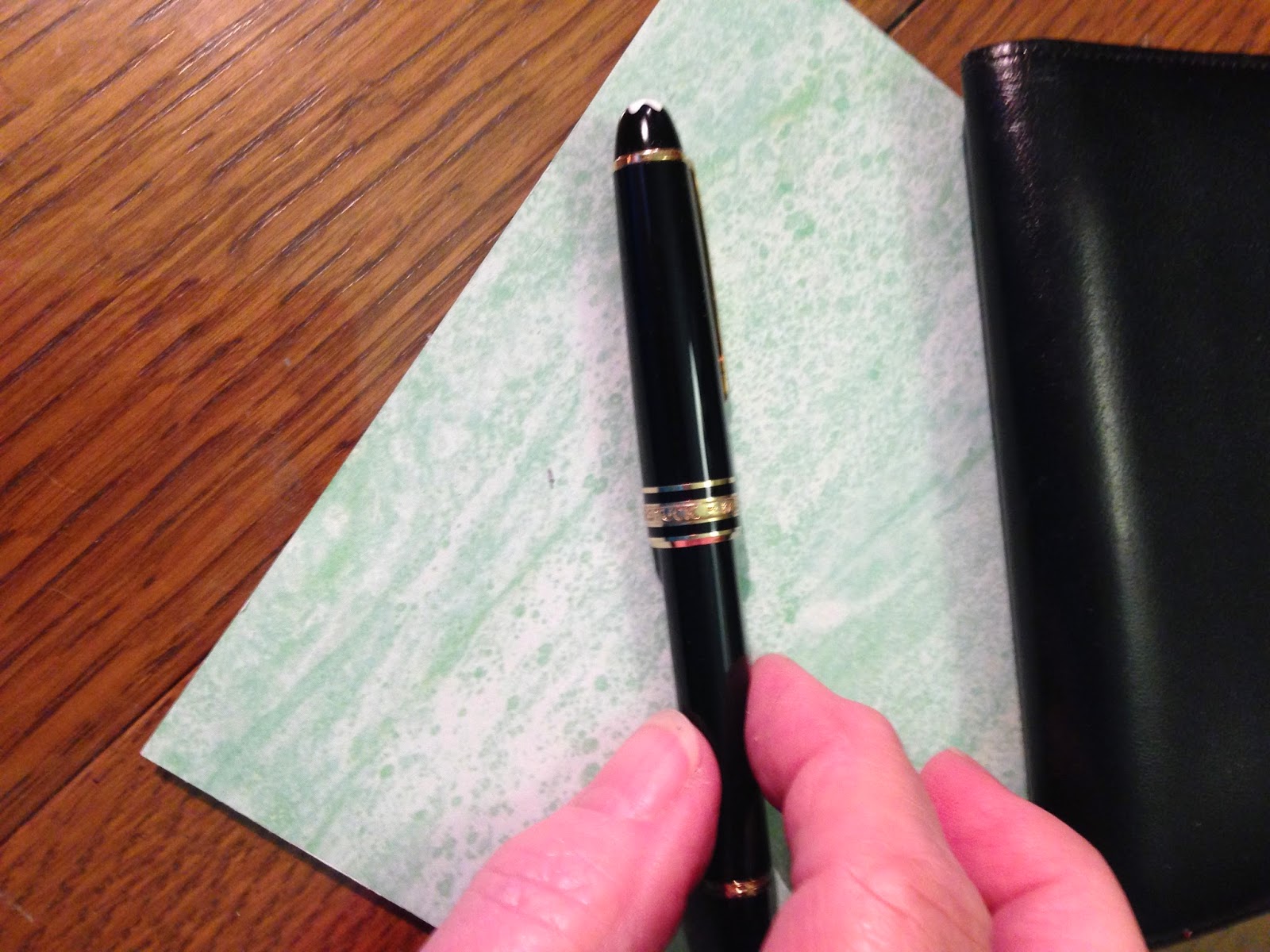 We sold the red car and DH is now driving the "Hot Car" so named because the A/C isn't working in it. It hasn't been used for quite a while and it hasn't been cleaned out in even longer. While cleaning it out today, DH found my tiny little fountain pen which I had given up for lost. The ink was so dried up that I had to soak it in warm water to get the top off. I The car, by the way, starts fine but to turn it off one must open the hood and press a little lever in the engine then gently close the hood again. I drove it over to Vicki's today, but I won't be driving it on a regular basis! 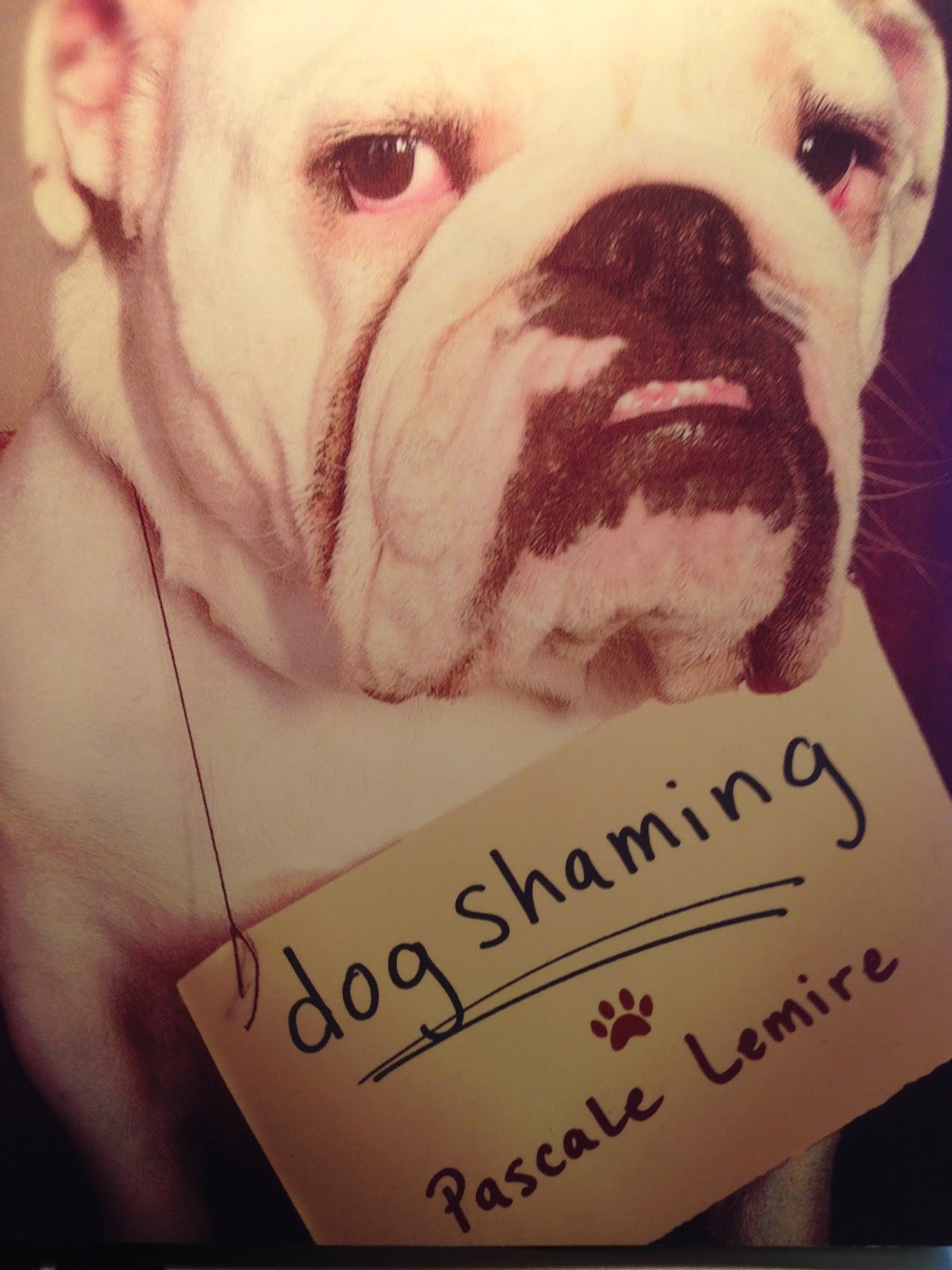 I borrowed this book from Vicki. That could be her dog on the cover if it were just a little cuter and had yellow eyes. 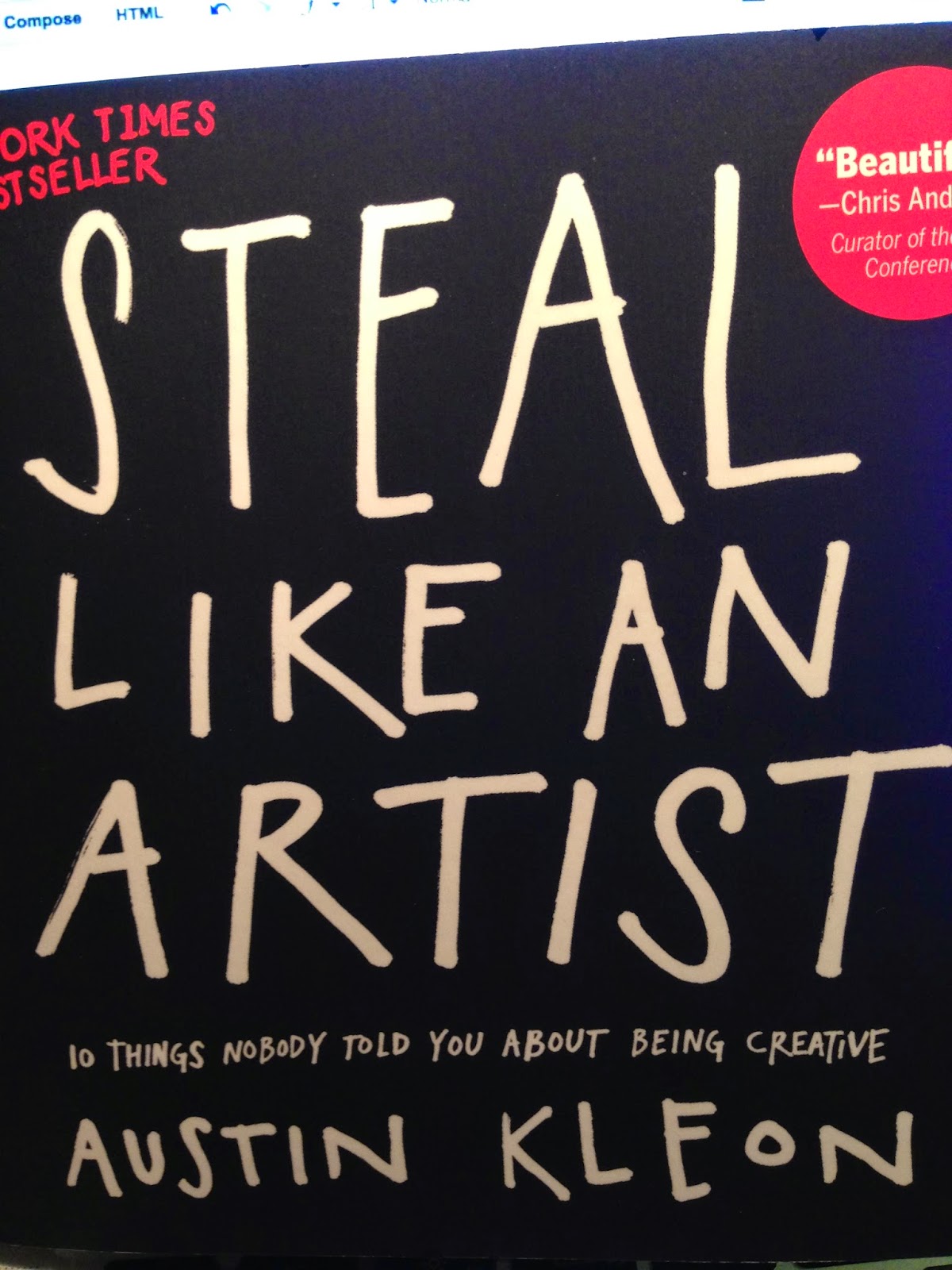 Bought this one for myself and it is really good. I have just a little to do to finish readying my paintings for the show which opens while we are at the beach. It will hang until August 14, though, so I will have time to go visit. Maybe some of you will, too.

All is well here and
all is well
XOXOXO
Caroline

Unknown said…
Ms. Caroline, I just love reading your blog and check everyday to see if there is a new posting. I cannot answer your questions although do you remember when you were a kid and time went so slowly. Well, we are not kids anymore. As for the dog, well I am sitting for Mike's dog Abigail who barfed two spots on my rug and with my injury I am afraid to get down on the floor and not be able to get back up, so I am waiting for someone to stop by and "offer" to do it...so far haven't seen a soul. Abigail has the worst breath I have ever smelled and she farts too; and insists on sitting in my lap...Missy is not fond of Abigail and the feeling is mutual. They tolerate each other. Have fun at the beach. The stairs look wonderful. Did you ever try the thunder shirt on Jackson? Poor little fella!