April 24, 2014
I have been very busy or at least felt very busy for the last several weeks and the blog is what got left behind. Here's the story.

Last week DH picked me up from painting class and we headed to SC and younger daughter's house - a five hour or so trip. In their not large house we had four adults and five large dogs. Well, actually, one of the dogs is just medium sized, being a mix of Cocker Spaniel and some kind of terrier. It was hilarious. One of the dogs would start barking and all of them would run around barking and trying to figure out what they were barking about. They would run out the dog door and down the steps then outside only to find that one member, the one who started the barking, wasn't with them. She was planted on the best seat of the sofa, ready to be rubbed by whoever was sitting next to her at the time. I say "her" because Jackson was the only male and (and he is neutered) and he spent most of the time bewildered and obviously trying to figure out what was going on. Shiska (German Shepherd) spent her share of time in her "room", otherwise known as the downstairs bath, the room to which she is banished when she doesn't play well. Sometimes she consigned herself to the room, either to get away or because she knew that was where she was headed. Lucy, the Treeing Walker Coon Hound and my two Labradoodles finished out the group and did their share of barking and baying. 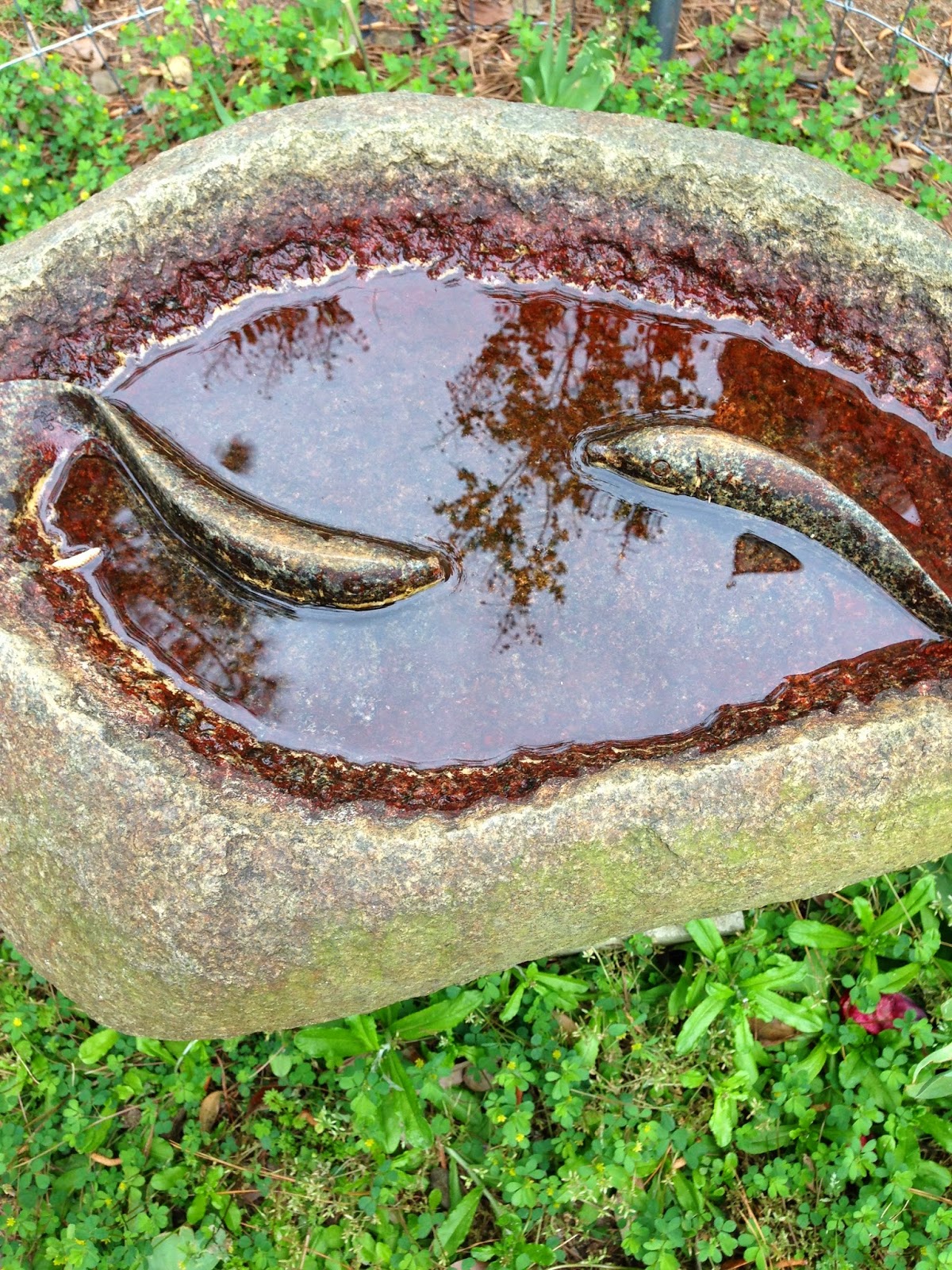 I was entranced by this bird bath that our son-on-law gave his mother. Such sinuous fish that you nearly expect them to move. 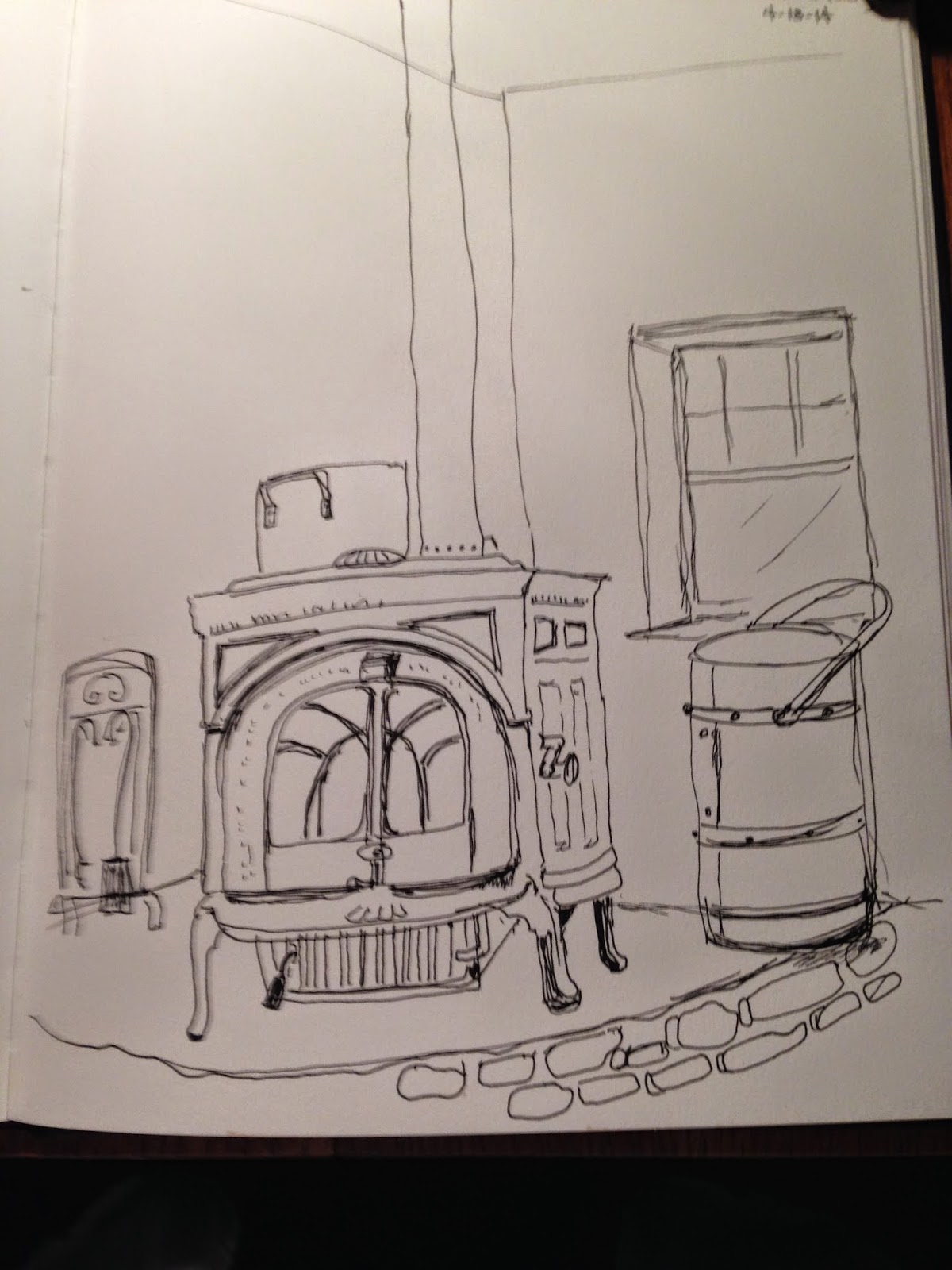 Here is my very quick sketch of their wood stove. I know it is wonky, but I am still learning to slow down when I draw with ink since I can't erase. I started another, slower drawing but ran out of time. Too bad, because it showed promise of being better.

We had a lovely visit and came back on Saturday. Sunday we went to the late service and then met the rest of the family and our niece's boyfriend's family for lunch. DH loved the lamb and I was taken by the split pea soup with mint. After that - a nap.

Monday it was back to the drawing class where we drew a cupcake. 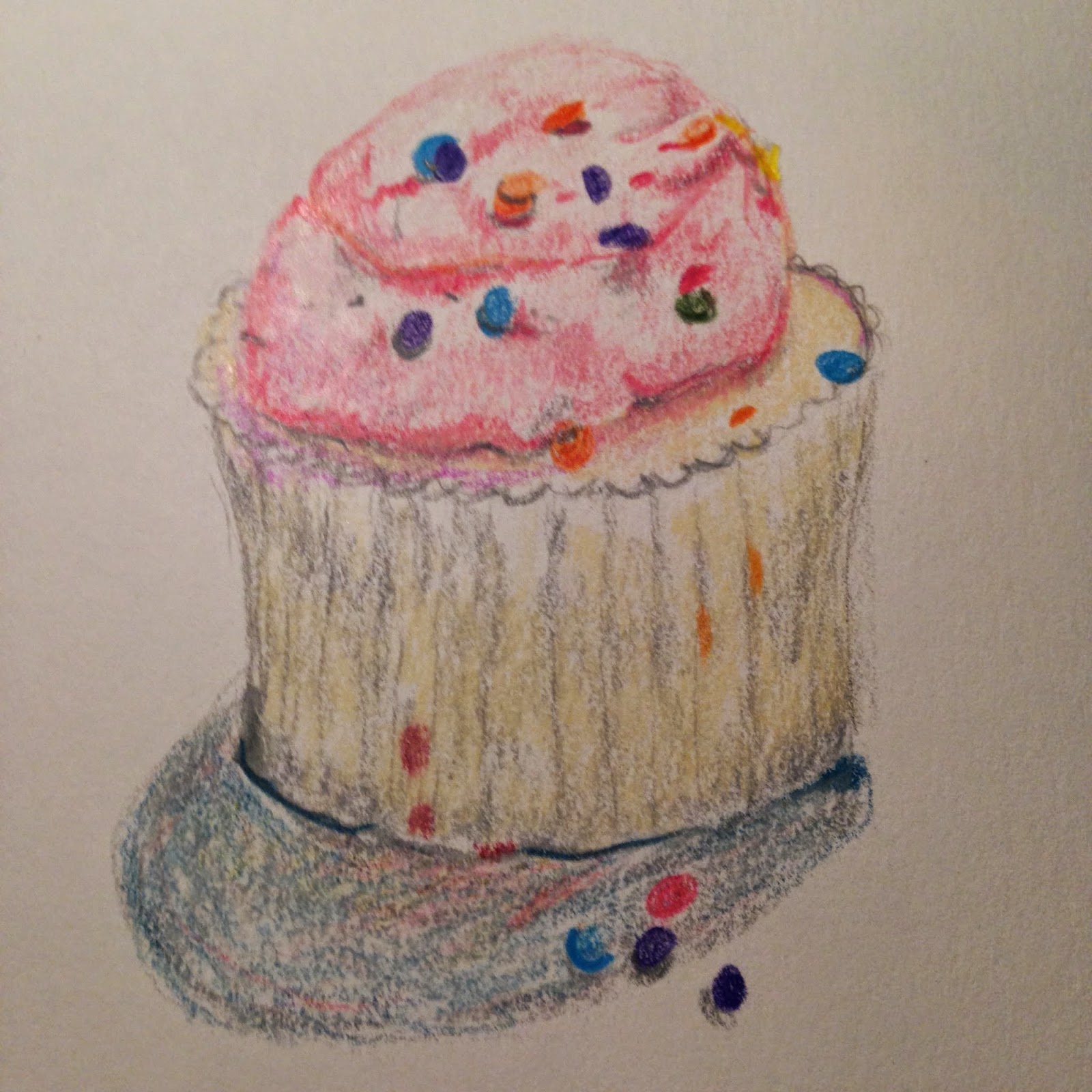 It might look to you like this should have been easy, but I can tell you that it took lots of time and attention. At the same time, it was good to be completely absorbed in something. The bonus was that when we finished we got to eat the cupcake and, terrible breakfast eater that I am, I was really hungry. 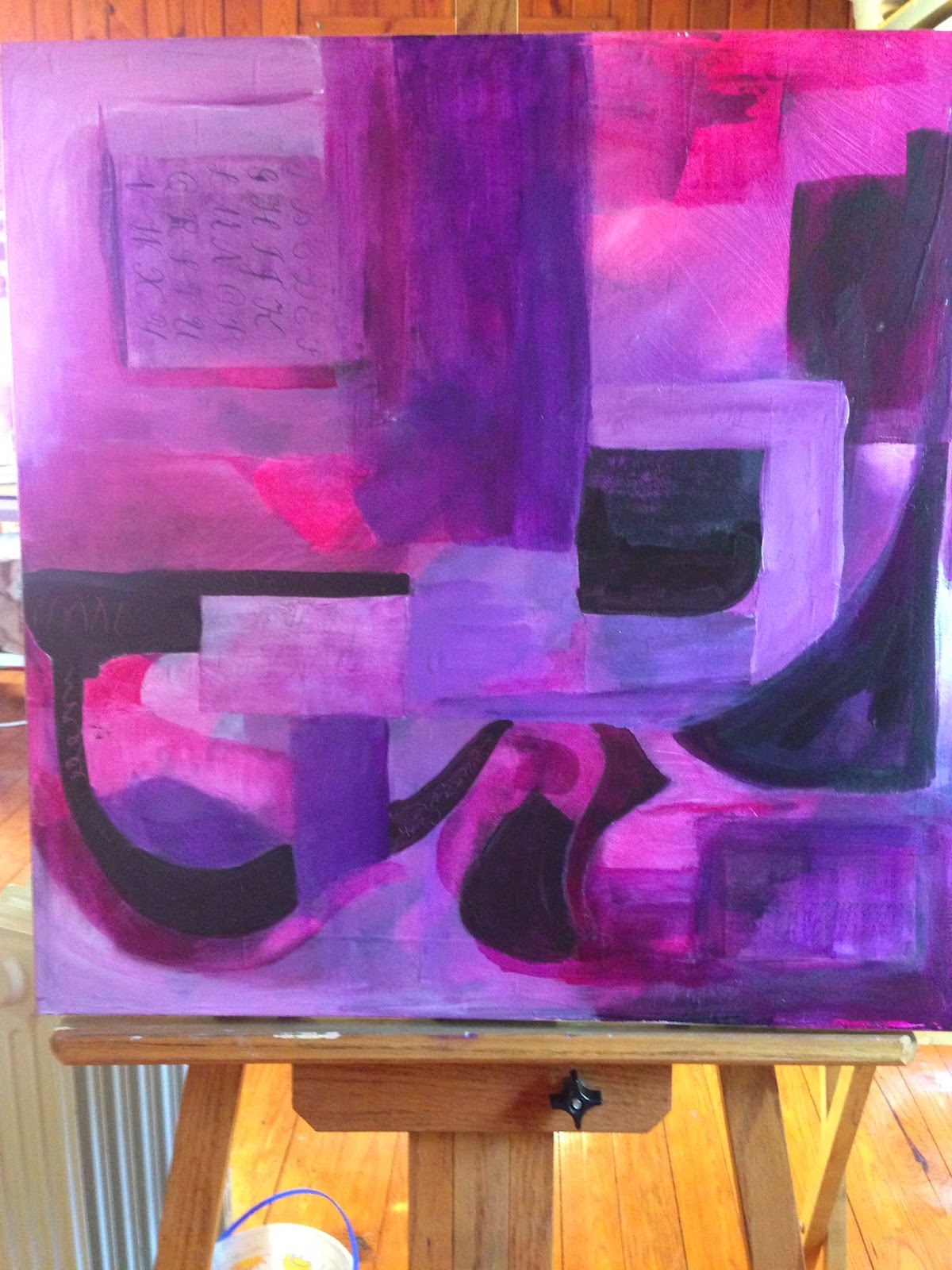 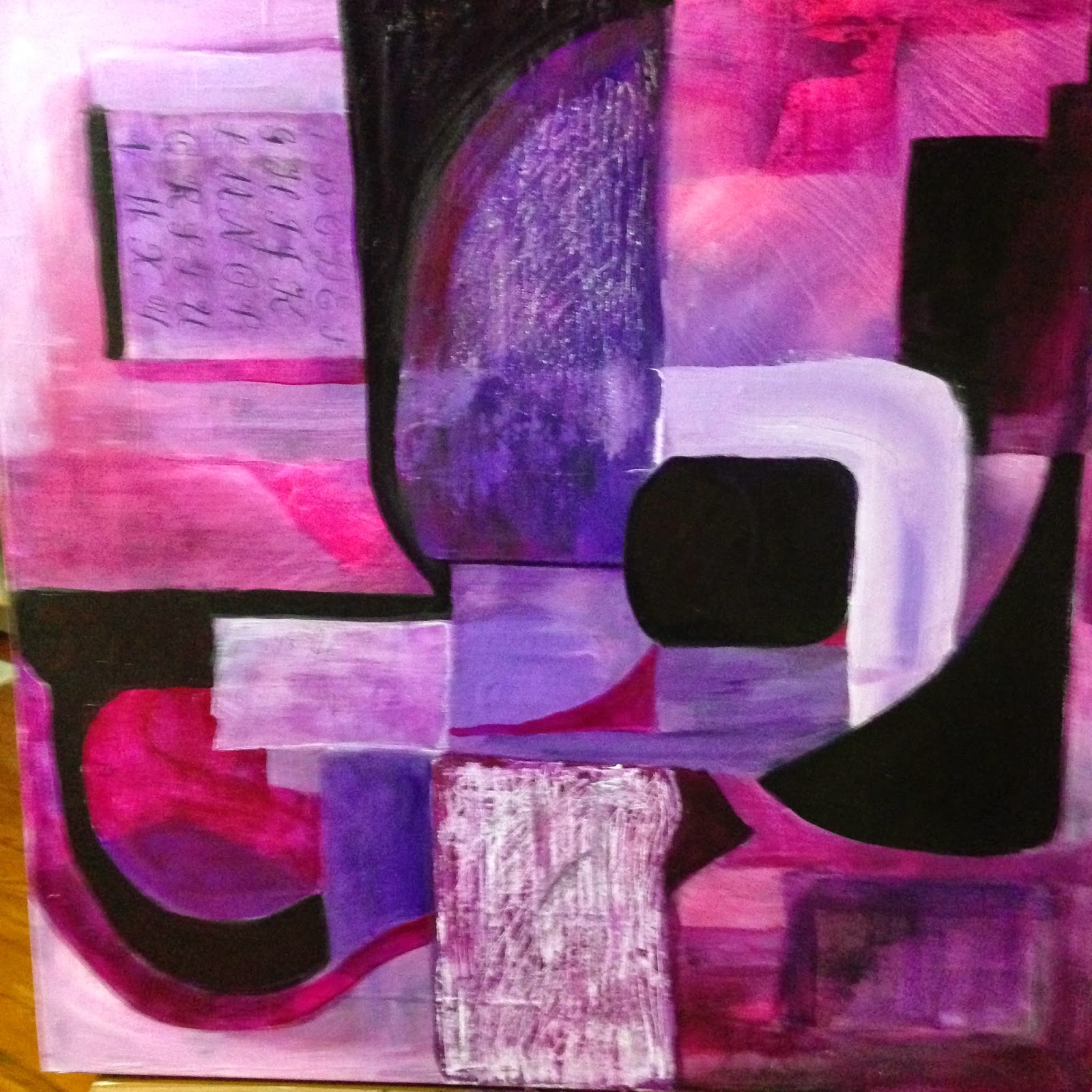 These two and the one below are various stages of the painting I have been working on. 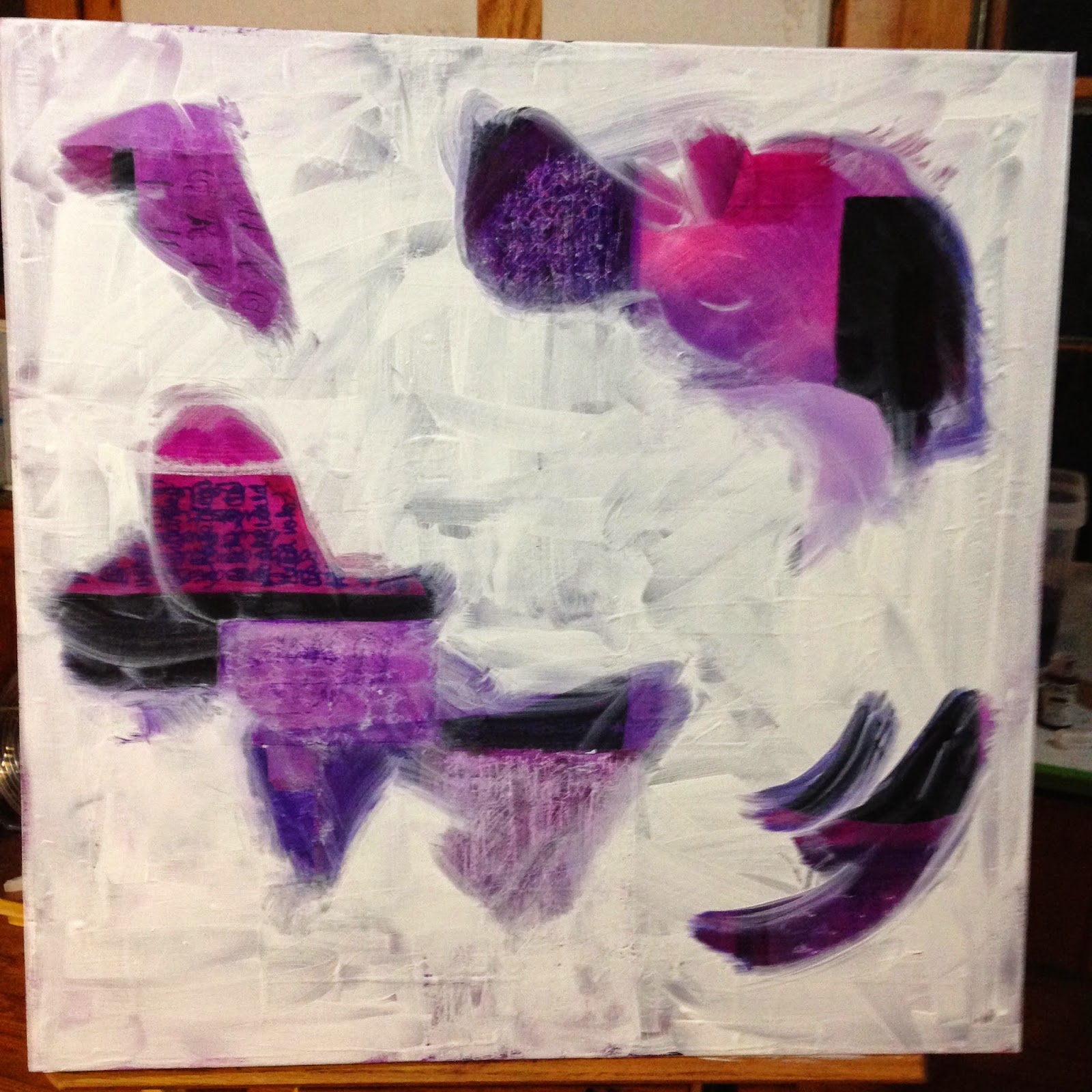 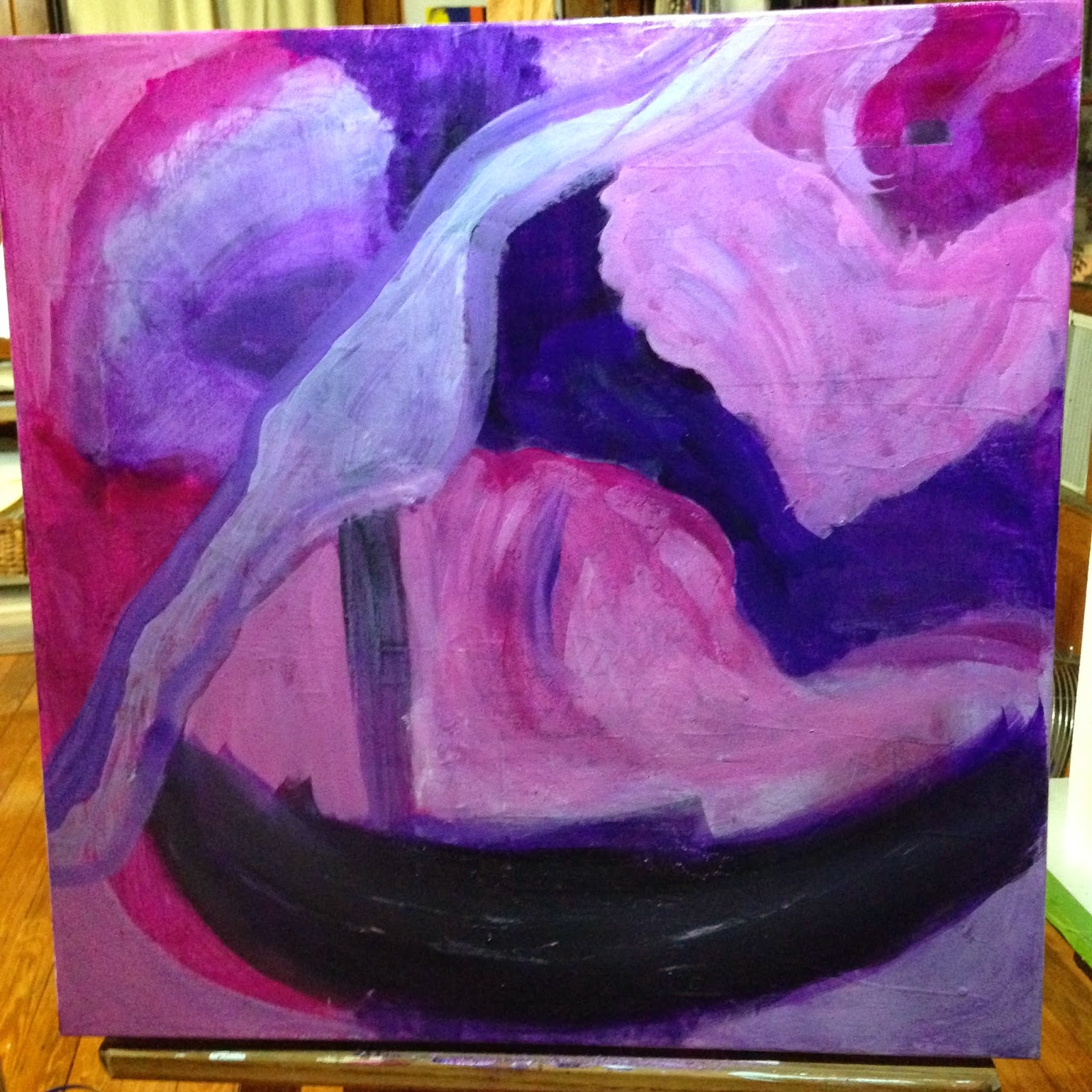 I took it to class like this and Sandra and I discussed possibilities. 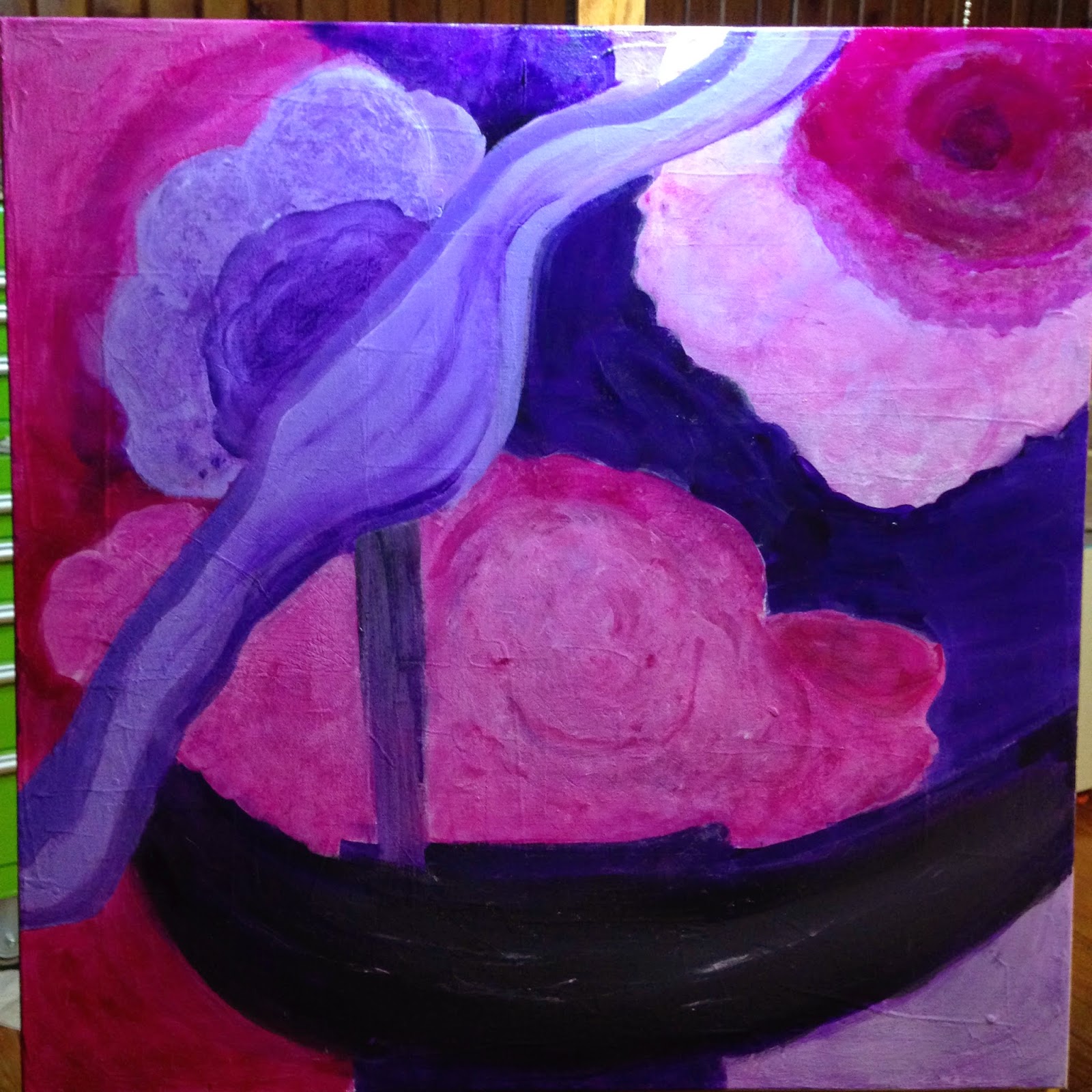 I got it to this stage today and sent it to Vicki who immediately called and told me that it was a big clown face. I think that I can fix that and in fact had it changed one time today and then changed it again.  I worked in the studio until about 11:30 on Tuesday night but tonight I have already called it quitting time. I will work on it tomorrow. I will paint some deli-paper and "glue" it on with water to see just exactly what I want to do. I am not sure that I want a third flower, but that might be what happens. Maybe the black "mouth" will go. I have some ideas about that.

Meanwhile, it is late and I am tired.
All is well,
XOXOXO
Caroline