February 13, 2014
After thinking bad thoughts about weather forecasters, meteorologists and prognosticators of all kinds for much of the day yesterday, their predictions came true. Late in the day it began to snow. And  snow, and snow, and snow. By late evening we had snow on the roads and in the yards and trees and everywhere and it was falling, now heavily, now finely, now just flakes meandering down, but not quiting. The reflection from the street lights, security lights and porch lights made the evening as bright as a rather grey day. I took pictures from the front porch with no tripod and no flash. 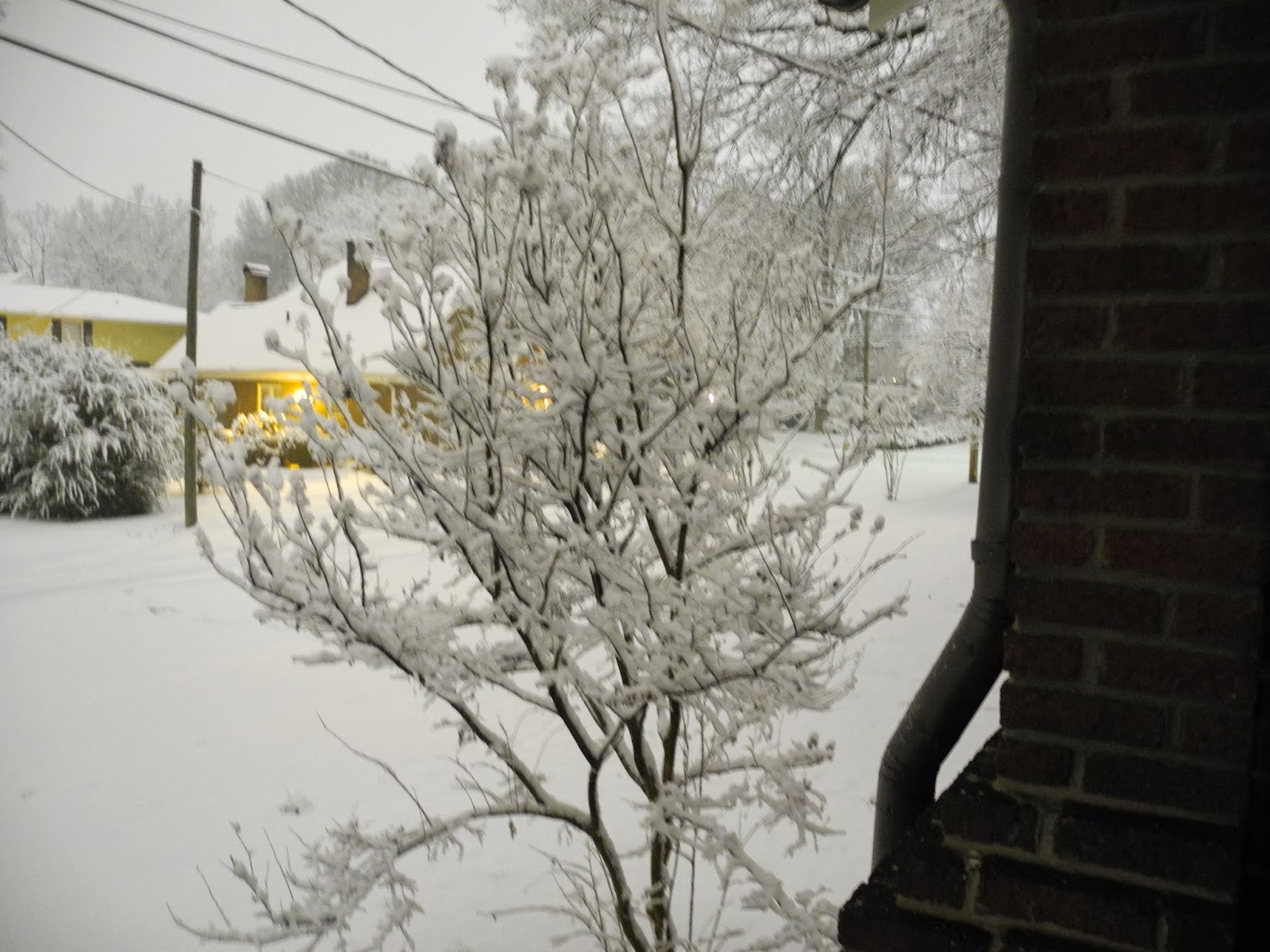 This was taken about nine o'clock at night. I think that you could have read a book out there but that it was a little chilly and damp. 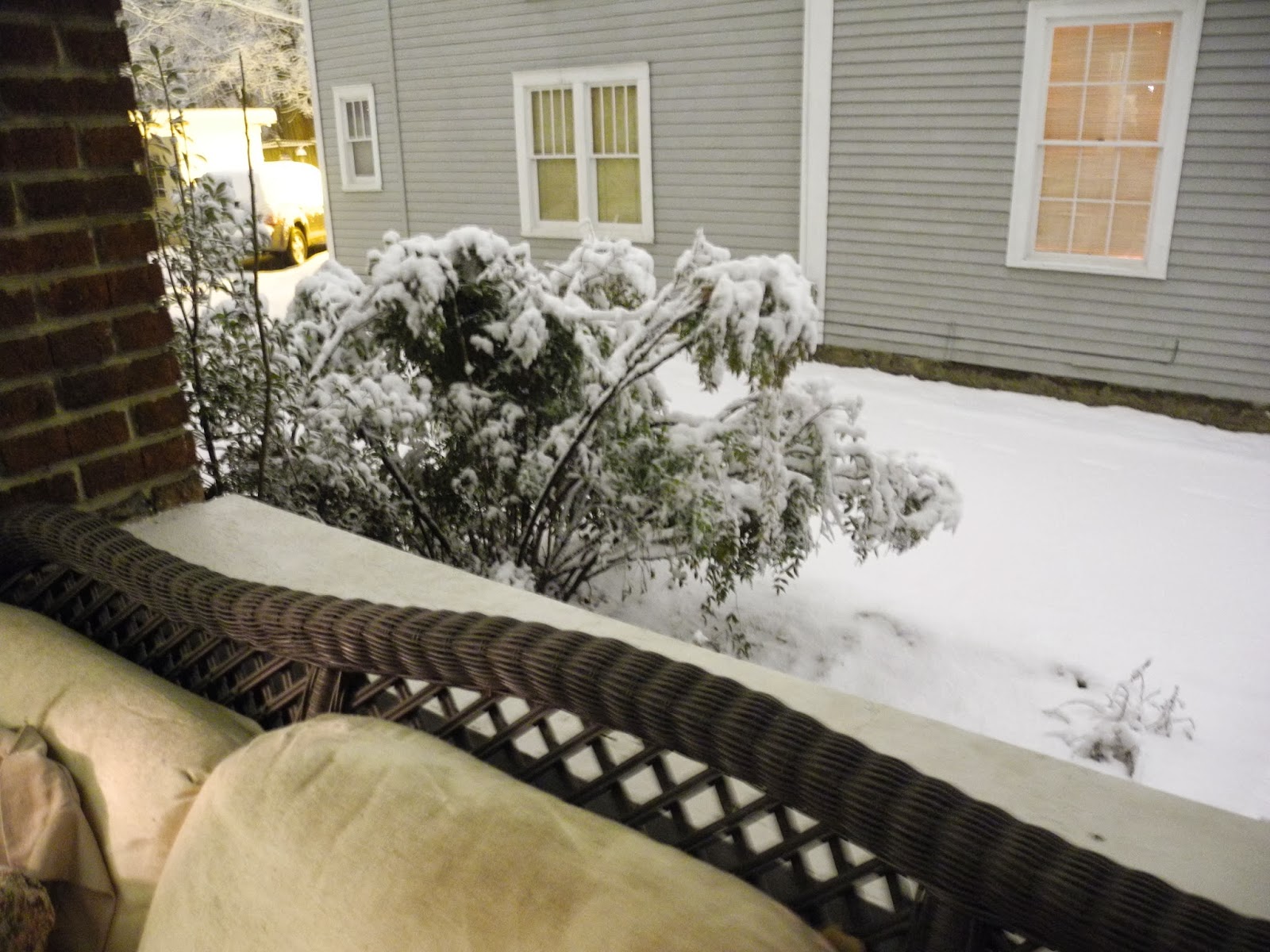 The Nandina got a little weighed down. This was also taken about nine o'clock PM 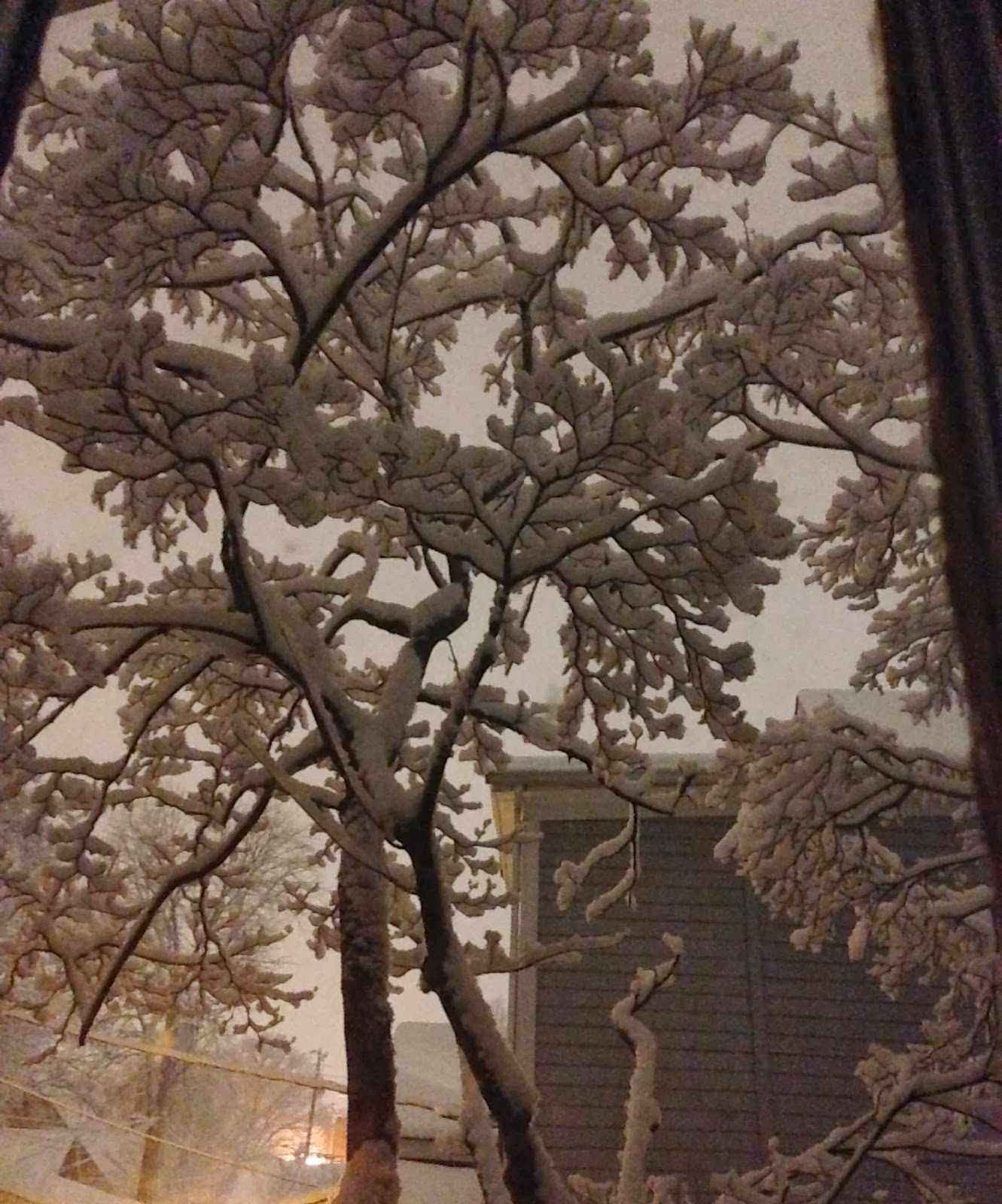 I took this standing at my bedroom window about 9:55. 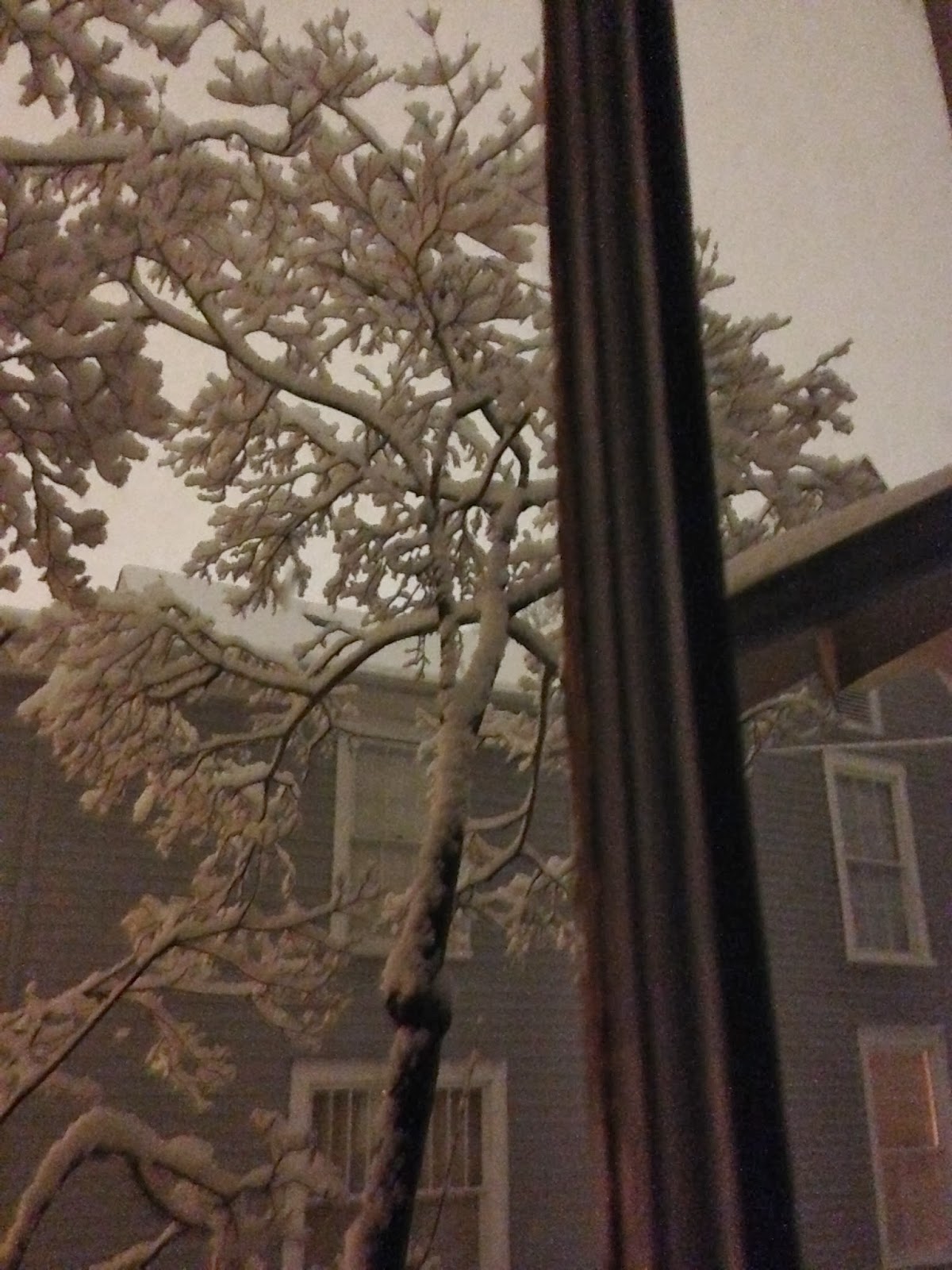 Taken out my bedroom window at 9:55 last night. 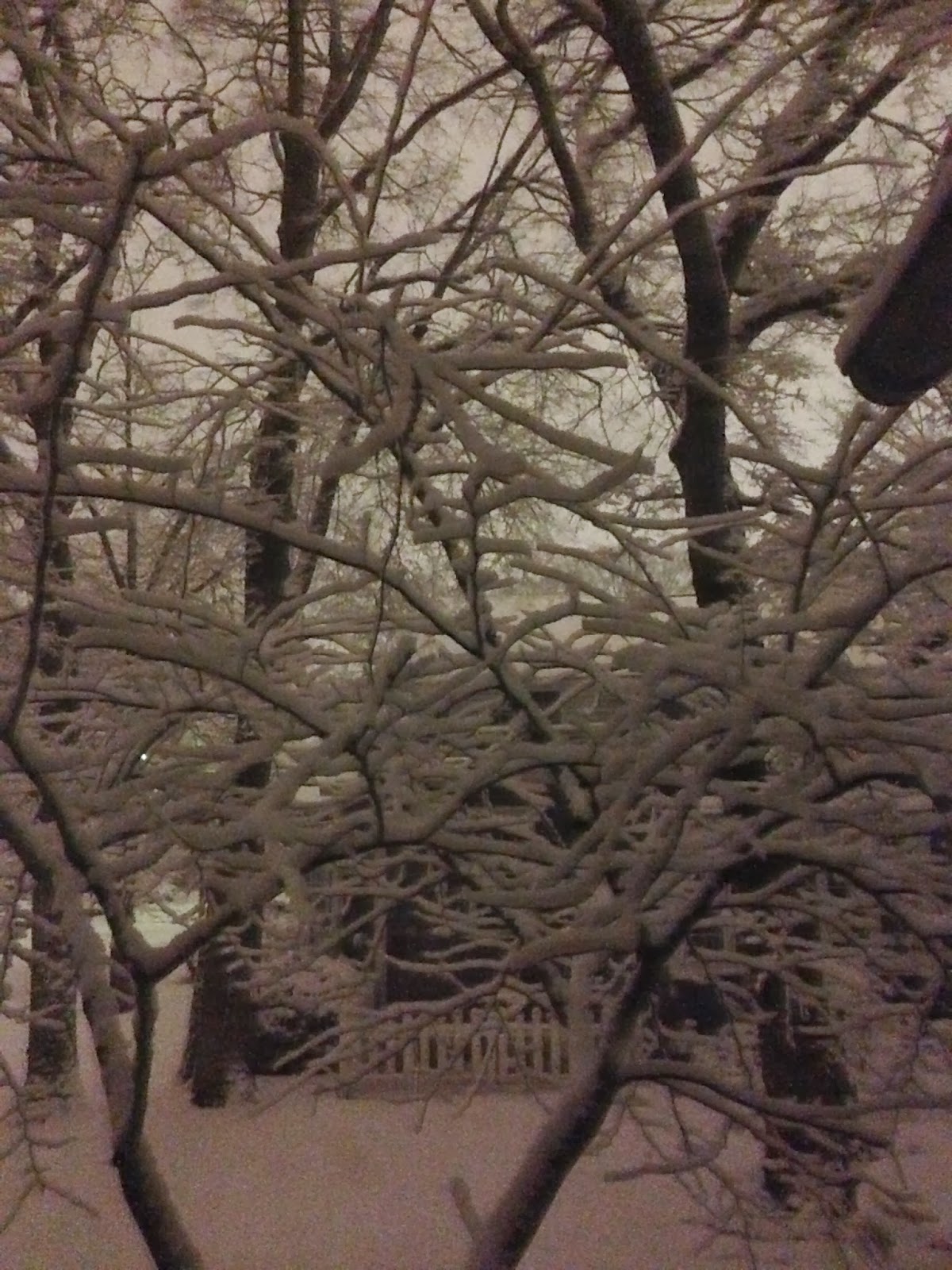 Looking out the dining room window a few minutes later. 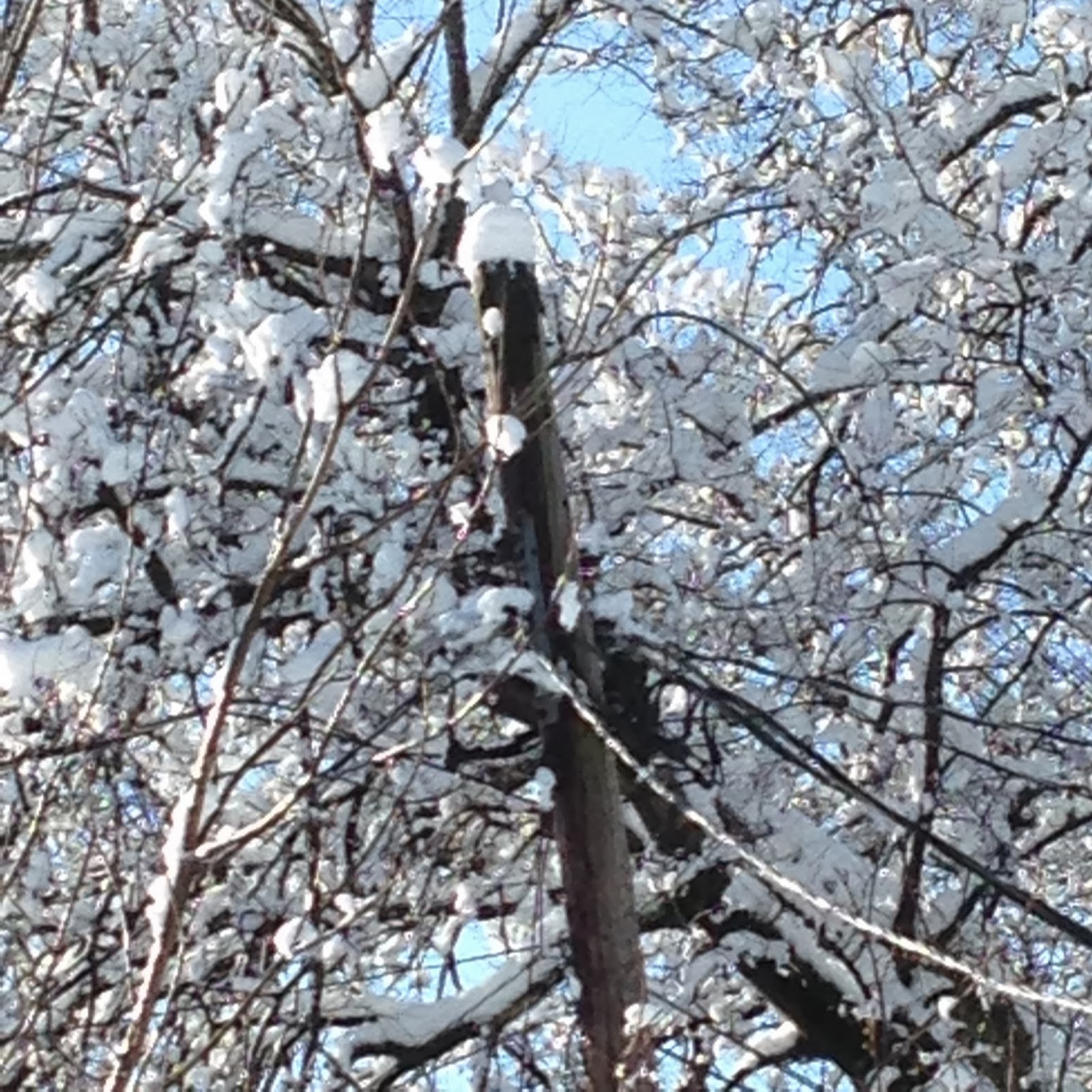 This morning the trees looked like they were made of cotton balls. Look at the top of that power pole. It is wearing a little snow hat! 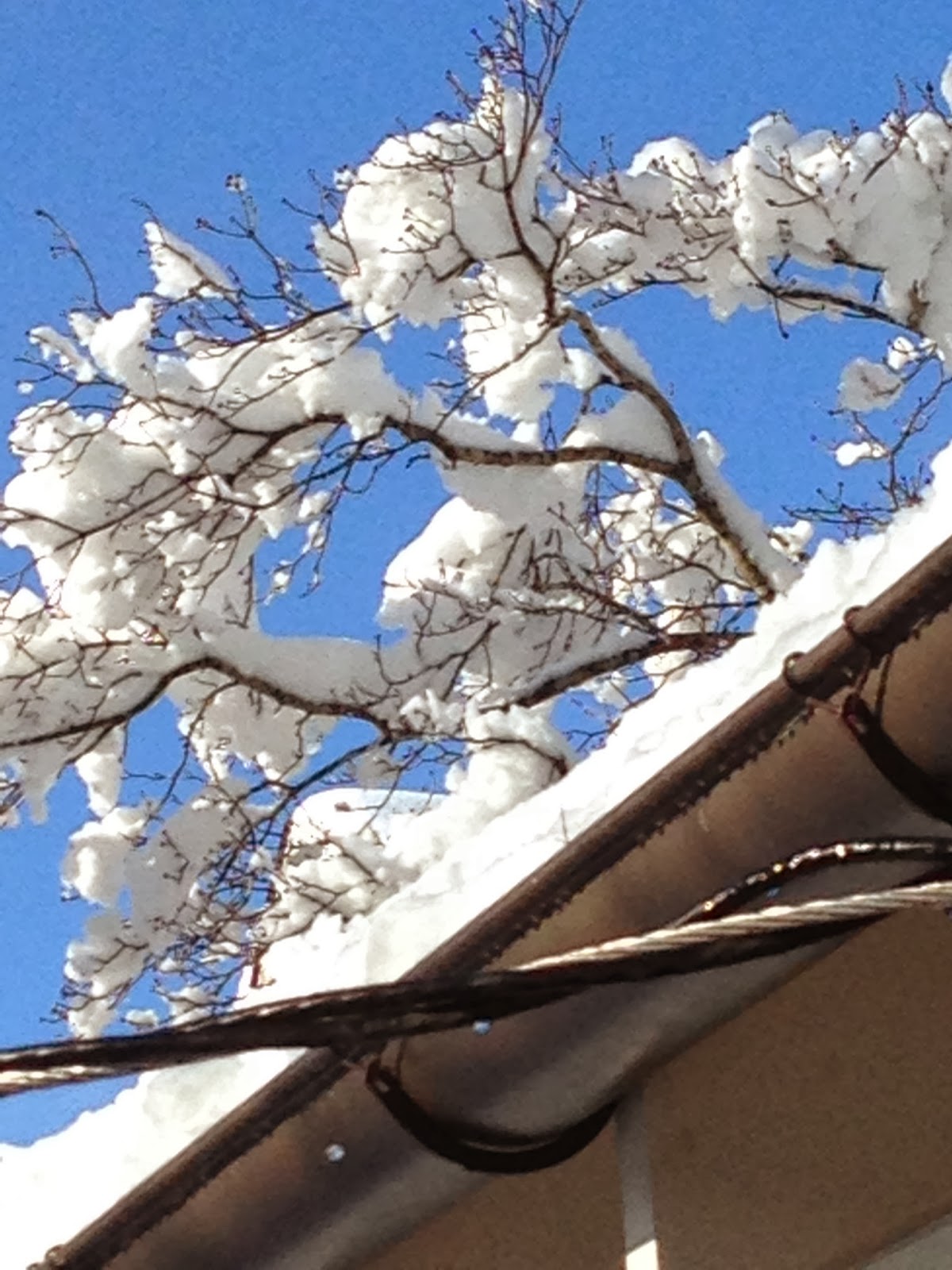 The sky was as clear a crystal and incredibly blue. That is the tree outside my bedroom window that I photographed the night before.

My apologies to weather forecasters everywhere. We had about 7" or so. It was a great snow and a lot of it melted today.  Yea! I shoveled a way up our steps for the postman and then my sweet neighbor Lisa came over and shoveled the walks, public and private, in front of our house.