Many Thanks and other thoughts

September 27, 2013
I want to thank all of you (few) who have responded or commented on this blog.  You might not realize but comments and responses are what drive bloggers. Knowing that someone read that post you just labored over and that it didn't just wing its way into the ether encourages another post.

Well, enough of that. Things here are moving along, albeit slowly. Haircuts, errands, vacuuming, drawing, the library - all the same things. So what is different? Well, the trim is going up on the windows and doors. Since this old-fashioned stuff isn't made now, each piece has to be passed through the router to curve the edges - sometimes both top and bottom- and that takes a lot of time. It looks good, though, when it is in place. 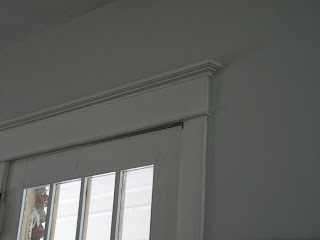 Here is an old window 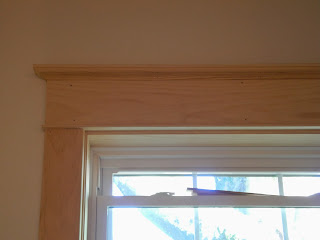 Here is a new one 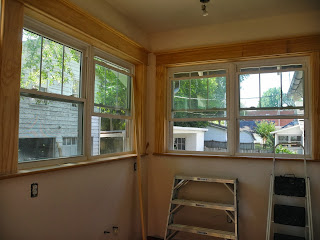 The corner of the laundry area. 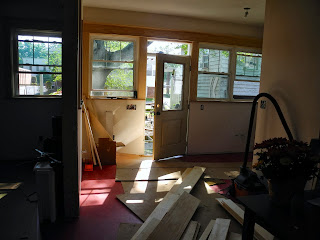 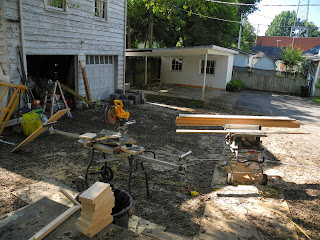 Check out Chris West's blog about Out of Africa here. Out of Africa is one of my favorite films. I love the beautiful shots of the Serengeti. The sight of the Masai doing their effortless run remains in my mind. The house that Karen Blixen lived in probably had an impact on my choosing the house we live in now and its furnishings. Was there ever a scene more sensuous than that in front of the safari tent with Denys pouring water to rinse Karen's hair after washing it? I can feel that water even as I write this.

Okay, Meryl Streep can sometimes be a little hard to take, but who could have done better?And when she said, "he wasn't ours - he wasn't mine" I just bawled. Or what about when the men in the club bought her a drink?  Redford was a little too earnest to be Finch Hatton; there wasn't enough of the "born to privilege" mindset. But Iman was beautiful dignity personified and the house servants and Fallah were so very good. The costuming, especially the hats, made me drool. How those hats flattered faces. Wonderful!

The truth is that Blixen suffered not only from the syphilis that her husband gave her but from the treatment of it for many years. No such thing as a shot of penicillin and back to life as normal in those days. Even Finch Hatton had his good points. He was instrumental in turning safaris into photographic instead of killing trips and in getting the Serengeti protected.

Unfortunately, one thing that is being debated now is a highway through the Serengeti, splitting the routes taken by many animals as they move with the seasons. It would certainly cause problems and deaths for animals whose habitat is growing smaller to divide it. And how easy would it make the escape for poachers? (I am aware of this because of my friend Dena Crain who lives in Kenya
and sometimes posts about it. )


In the meanwhile, All is well,
XOXOXO
Caroline

Chrissy said…
Aha! An opposite view to mine about the film.
I saw it when it first came out (mid 80s) so it has faded from my mind. I think film makers are responsible for wrecking one's ideas of books BUT on the other hand, introducing them to people who might never discover the work of writers like Blixen, Austen, Dickens and so on. Anyway, I was so in love with the writing of Out of Africa that I didn't want to accept other pictures. Should have stayed at home!
And, speaking of home, yours is coming along nicely. Do you have a date to work towards when all the upheaval will be over?
September 29, 2013 at 11:06 AM