This sock and other mysteries 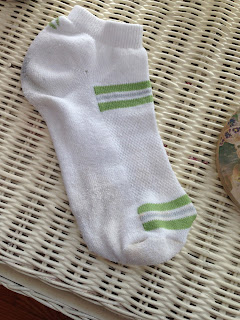 Some how this sock gets left at my house every time all the kids come to visit. By now I know that it is Sara's, but how it gets in my room and gets left here is still a mystery. If she would leave two, I would just wear them, but there is always only one. 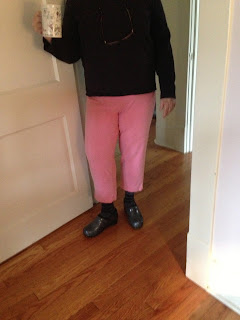 The part for the washing machine is supposed to come today and I have told Dean that if it doesn't, I am going to the Home Depot and buying a new one. This is what I am reduced to wearing.  There is no going out of the house is this outfit, so I am painting. The problem is that I have read my books and need to go to the library. I can dress up to go, but that might be quite as much a shock as going like this. At least it is a rainy day so no one looks all that good. Will the part arrive? Another mystery. 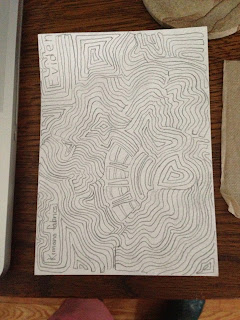 I listened to a podcast by Ricë Freeman-Zachery as she talked about finding inspiration. You can find Ricë at voodoo notes.blogspot.com. She also writes in several Stampington magazines and is a very good interviewer as well as an interesting person. One can't just sit while listening, though, and my stitching materials are out in the studio (I need to bring some in), so I did this. It might be a map to a place where the mysteries are solved. Maybe? 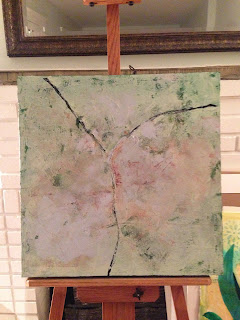 Remember seeing a green painting? I wan't happy with it after the next things I did so it became this. It is possible that I should have left it there. Why I didn't another mystery question. 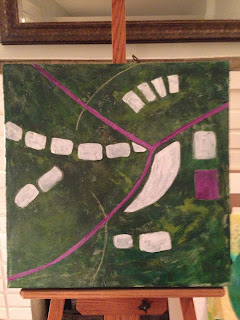 Instead, I whited out some places where I intended to add color. 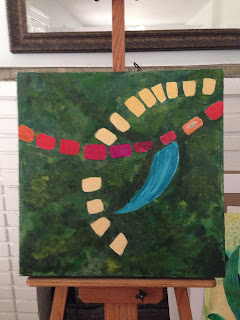 And I added the
color. Whoops, not at all interesting. The background is great but those blobs.... 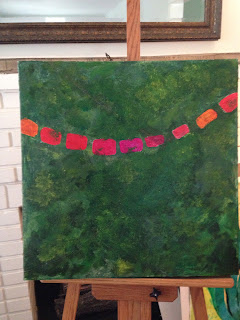 So here is how it stands and I think that I will stop here, leave it and call it Tannenbaum or some such. Dean suggests another string of red blobs, but I think not. Maybe an ornament is the lower right. but not a mysterious one. 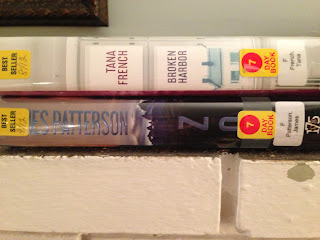 Reading to be returned to the library. Tana French's fourth psychological and procedural police novel. She began with a character and a minor character. In the second novel, the minor character of the first one took on the major role. That pattern has continued through the four books, all police procedural and psychological intrigues, all set in Ireland. There are lots of twists and turns and they are as much character and plot driven.


The second book is  James Patterson's Zoo, which I just picked up because it was there. Something is causing the animals, wild and domestic, to become aggressive. What is causing the change and can something be done about it. Is it something that humans have caused? An easy but slightly scary read.
As you see, both the books are Mysteries. 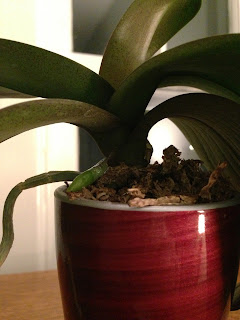 At the right, an orchid given me by my friends Lorraine and Jack. I haven't killed it!!. There is new growth! It is a tiny little thing but it wants to live and I want it to. No mystery there.