The second day of Christmas

December 30, 2012
On the second day of Christmas we went to see Sara and Greg. My daughter married a man who hunts and the decor of their house (she moved into his when they married) is not what I would ever have pictured for her. This bookcase shelf has a little of both of them - our trips to the beach, his trips to the field. Those are little skeletons and antlers. Actually the shells are skeletons also, so I guess that works out. 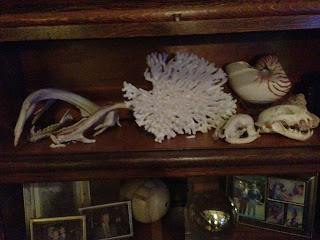 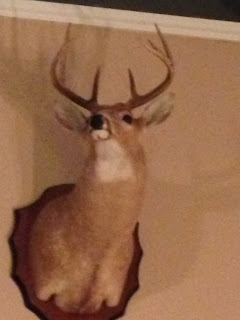 This is one of three mounted heads in the living/family room. There are also mounted deer skulls and a mounted pheasant. Sara says that no more heads will be mounted. I would have to agree that they have enough.

The crèche is one that my parents had. My father made the stable and we painted the figures. I am not sure if there were any other figures or not. No wise men, but it is too early for them. (They come January 6 - the day of the Epiphany.) The children are our two grandchildren as bookends to Sara's stepson, Morgan. They get along well together so it is good that they occasionally get to be in the same place at the same time. We hope that Morgan will be able to come to the beach with us again this summer. 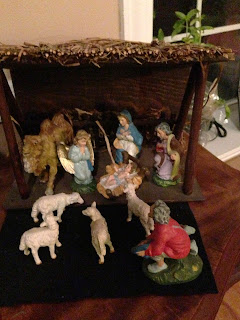 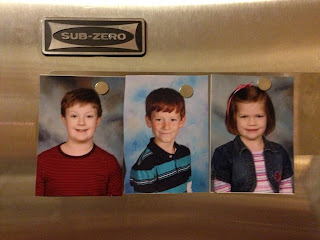 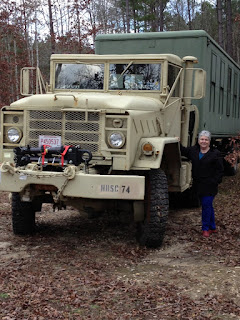 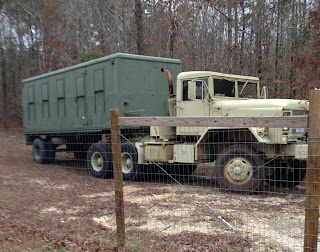 While we were there Dean went with Greg to pick up a trailer he bought that the Army was making "surplus" S and G bought the tractor part a few weeks ago. They plan to make in-law quarters out of the trailer after using it for camping for a while. It has lots of windows and two doors and it is wired for electricity. It might be a long term project but I think it will work. The inside is very plain and can be remodeled to be like a motor home. (caravan?) Thank goodness they live way out in the country on six acres and no one gets all upset about something like that in their side yard. 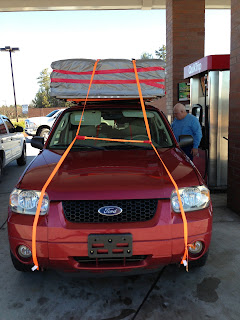 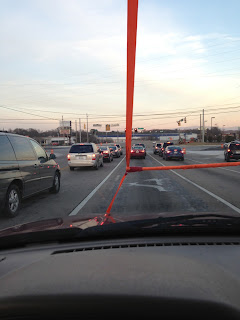 On the way back from SC, we brought a mattress set for Jenny and Alex to pick up here. We are nothing if not high class on the road! The photo on the right was my view as I was driving. Fortunately I only drove for about 40 minutes. Dean must have been nearly cross-eyed from looking through that for hours. We arrived safe and sound and tomorrow the mattress goes to Tullahoma.

Next time I will post some pictures from the little town Sara and Greg live near and update the reading and art business. And before the 12th Day of Christmas I have to get the cards out; that is tomorrow's job.
XOXOXO
Caroline