Dean and I went to our daughter's house to "babysit" this weekend since both Jenny and Alex were busy with the All Tennessee Lutheran Youth event at their church. We had a great time and I took some pics to share with you. 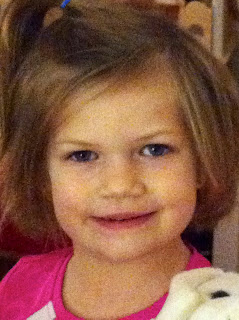 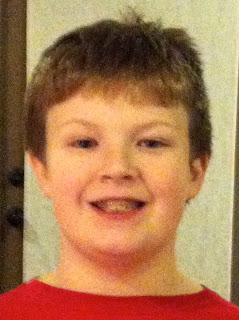 Drew is nine, nearly ten, and is most often found reading or playing games on iPad or computer. He has a very sweet spirit and is very protective of and gentle with his sister although he is sometime irritated with her. Now that she is in school and has more people to play with she doesn't demand so much time from him; she used to drive him crazy with demands to play with her. I choose the word "demands" because that is just what she did. 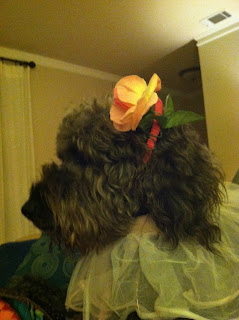 We were very glad when Sarie,who is five, began school. She is in public kindergarden and enjoying having work to do and other kids to play with. While we were there she spent most of the day at Charlotte's house and seemed to have a great time. She also loves our dogs and wants them to play with her. Bella was patient enough to play dress-up. She wore this outfit without even a whimper until Sarie removed it so it wouldn't get wet when Bella needed a drink of water. Sarie tried to put a hat on Jackson but it wouldn't stay or maybe Jackson just wouldn't let it stay.

The dogs found that they could push open the outside door if it wasn't latched and took a few walkabouts but they were found quickly and came back more or less willingly. They are 10 and nine now and not quite as boisterous as they once were, although they are often taken for much younger than their years. 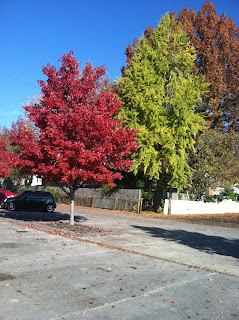 I love the juxtaposition of this bright red Maple and the still green Ginko. The Ginko will be turning any day now and will become bright yellow. Then the leaves will fall all at once and it will be finished for the year. A few blocks from us there is an enormous Ginko that I hope to photograph at its brightest yellow. The ground under it will turn to gold.

This afternoon I am making an Italian Cream Cake for a dinner celebrating the graduation of two members of the class I take on Monday nights. I have never made the cake before but it does not look difficult and  I know that it is good. Dean is making Pasta y Fagioli, and others are making homemade pasta, sauces, salad and bread. There is another dessert but I don't remember what it is. What a feast!

Last thing. The latest pour, dried and ready if I can figure out what I want to do with it. I will study it and let it "speak" to me for a while before I begin. I might do another pour to be waiting in the wings while I wait for this one to "speak". Sometimes there is just nothing said and the pour has to be set aside and the artist must wait for another day (or week or month or... you get the idea) and try again. 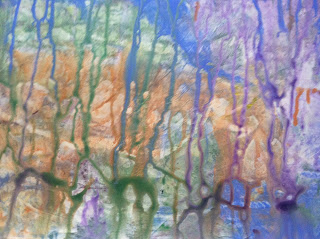 I have figured out how you can leave a comment. Write your comment, and sign it with your name (first is enough, I know who you are). Then choose "anonymous" at the bottom of the list of ways to comment. Then choose "publish". If you have ever had a google account you can use it if you can remember your user name and password. I hope that this works for you.

Anonymous said…
Oh,my they are getting so big and grown up. Fun huh? I am cleaning out my closet and drawers today as it seems it will be cold for a while. trying to get some muscle over here to give me a hand with hauling the boxes in and out. Someday I will be ready to let it all go but not just yet. Can't wait for you to come visit and inspire me to do some art with you two! I really like what you are doing now, Caroline.
November 12, 2012 at 2:49 PM

Unknown said…
As the page was loading suddenly I saw Jenny's eyes but no...they belonged to Sarie. I love seeing how people look like one another. Yes, the trees are glorious and I am sure your new painting will be also. Presently I am drawing because I don't know where to go with my paintings.
November 12, 2012 at 3:04 PM