July 22, 2014
That is how many times I have posted to this blog. The number of comments would come closer to 40, but who is counting. I just can't make it work.

Today I did a little demolition. Someone had added cornice boards to our bedroom windows. The problem was that they were attached at heights different enough to be obvious - especially to me. so today I took the hammer to them and knocked them down. There will have to be a little patching, but I like it better already. I think I might make Roman shades for the windows and not having to work around those uneven cornices will make it easier. 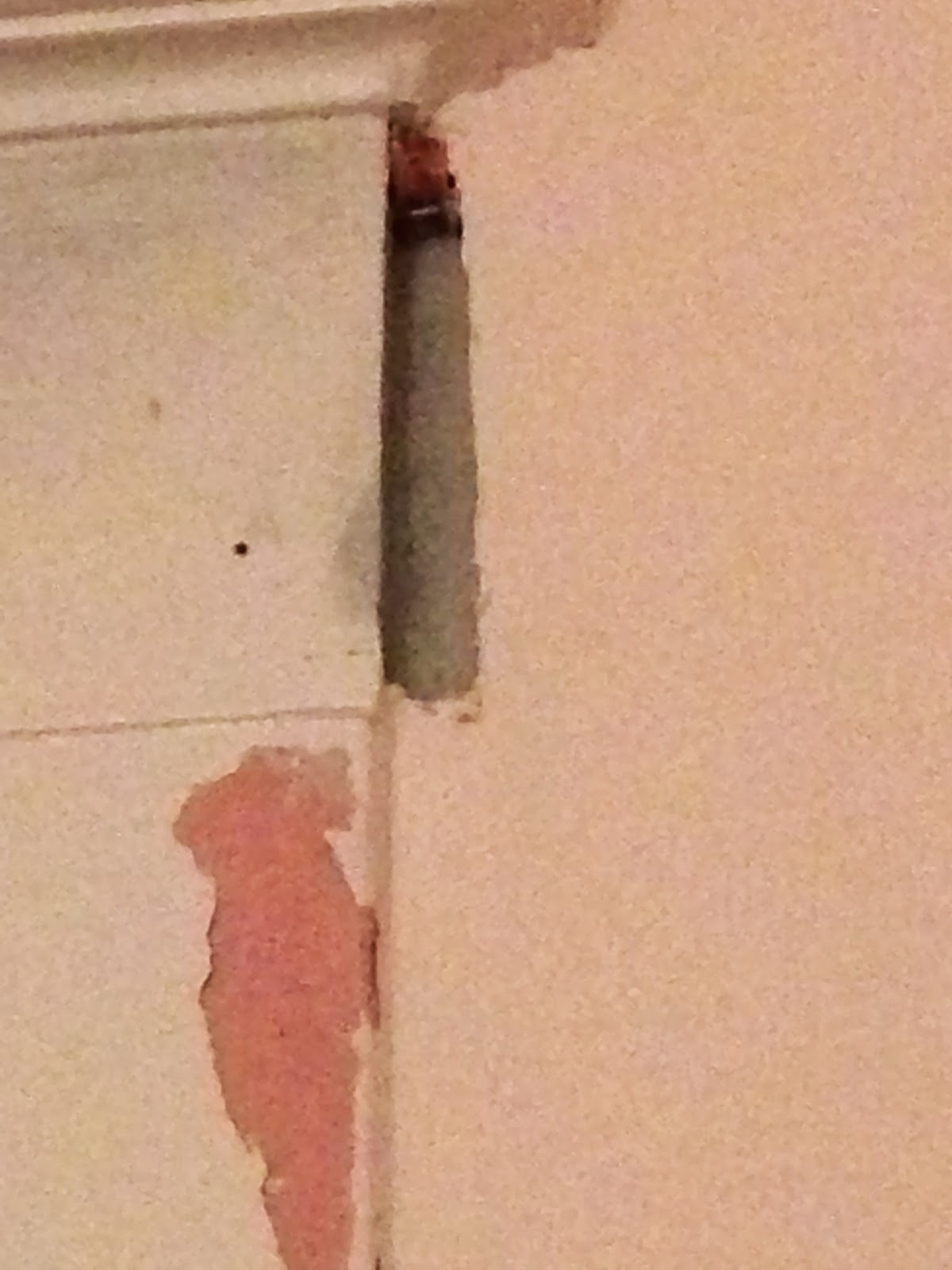 A little patching and painting and it will be great. As you can see, the trim in this room was once pink. It was also once blue and once robin's egg blue. Now it is white. 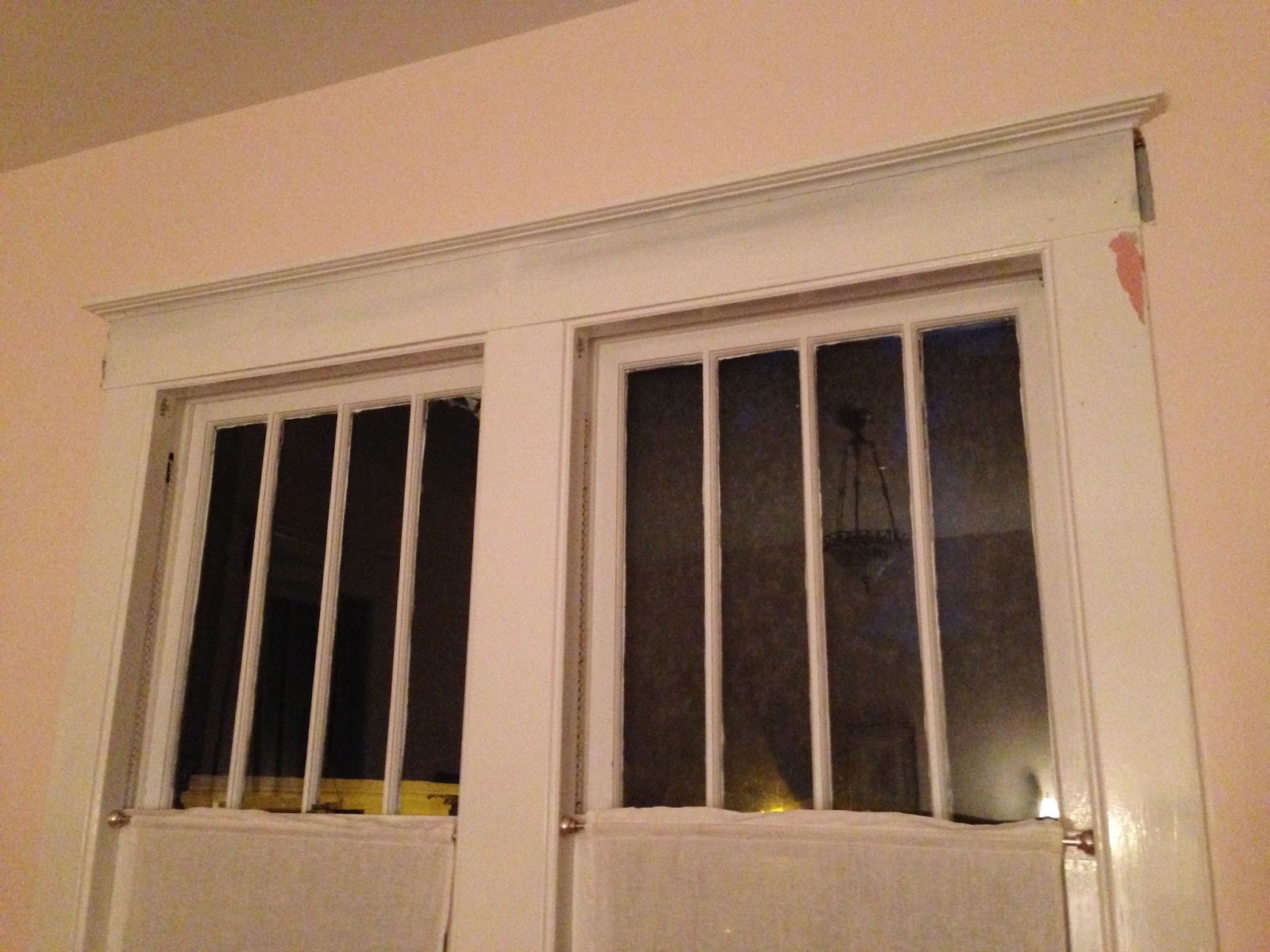 I think that Roman shades on this window will be a big help. This is all there is now and the neighbors have a yellow light which is always on during the night. If I get ambitious I could try to make shades that raise from the bottom and lower from the top, but I am not sure that I want to do that much work. What do you think? 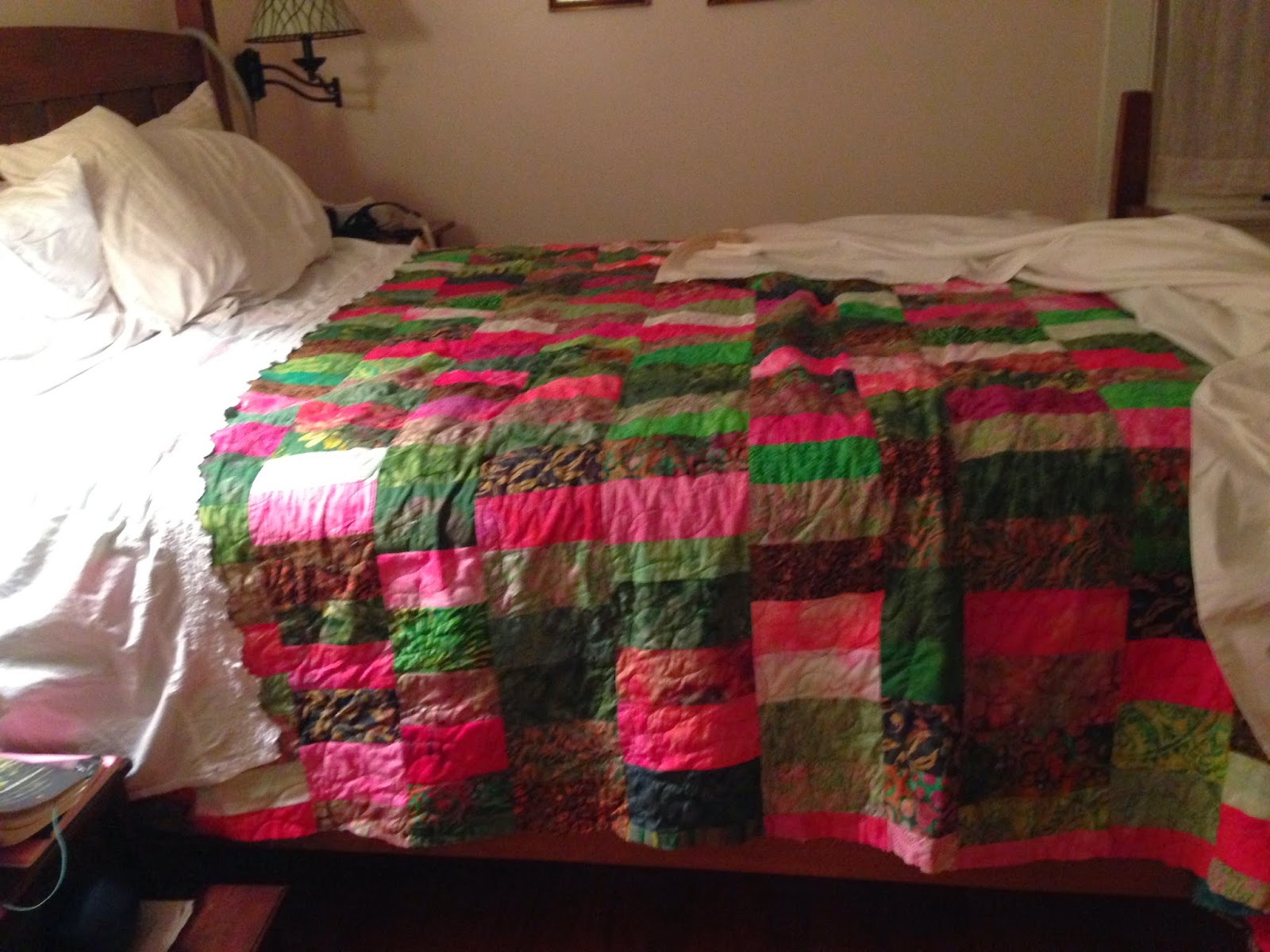 Jenny came last weekend and brought this top which she had pieced for me (I hired her because I was way behind). We set up my machine quilt frame, loaded the quilt and she quilted it in about three hours which included time for multiple new bobbin insertions and fixing a few broken needles. It is not perfect, but it is great and for a quilt that the dogs will get on perfection would be such a waste. I still have to cut the binding and attach it which I will do on the sewing machine. At 100' X100" that is a lot of binding to cut. 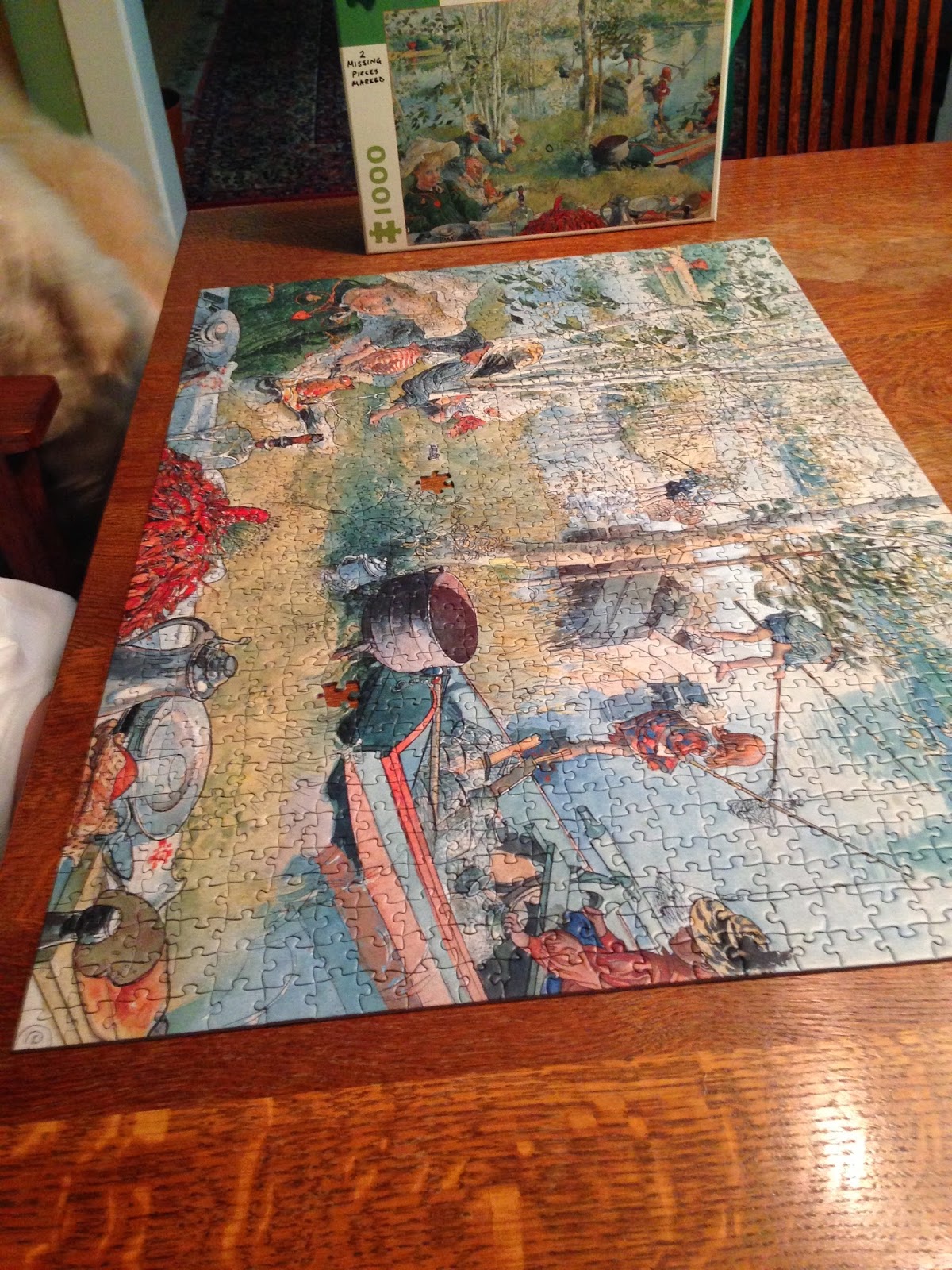 We also got the puzzle finished except for the two missing pieces. Jenny marked the box picture to indicate where they go and we scratched out 1000 and wrote in 998 for the number of pieces. Carl Larsson is one of my favorite painters so I enjoyed the puzzle although it was not easy at all, at all. 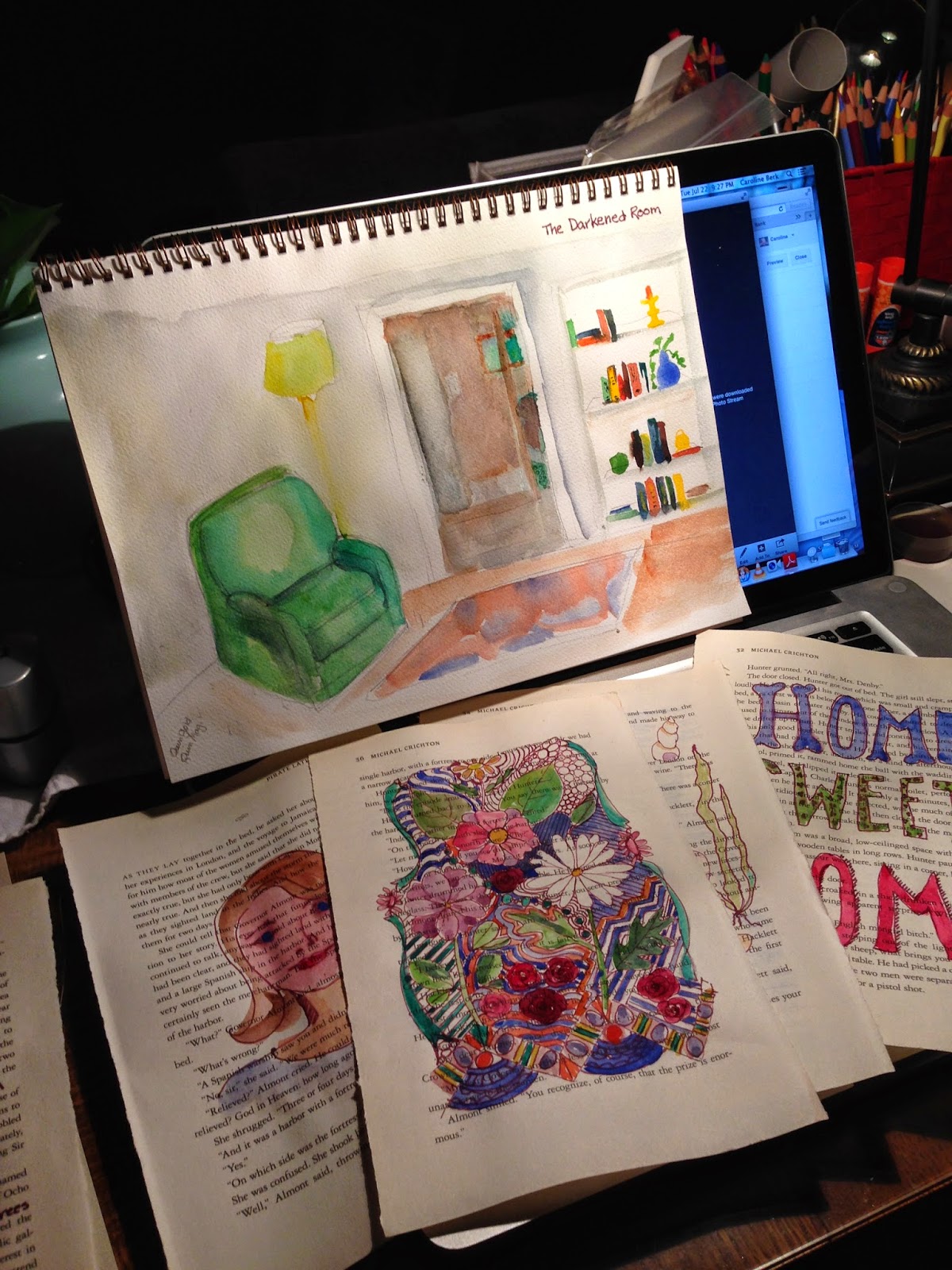 I have been painting and drawing on book pages for the show that is literature based. Loosely based. The other sketch is a painting I might want to do for something else. These little pages will be mounted on paper and then wrapped (cellophane with a cardboard backing) and put in a bin for a cheap piece of original art. About $10 or $12, I think.

Tomorrow I have to go with Vicki to clean an oven in one of the rental houses. She asked if I had some EZ-Off. Ha! Hahahahaha. No, I don't.