It is on its way!

March 09, 2014
This has been such a horrible winter; you have read my moanings and groanings from time to time even though I tried to insert a few happier topics than the weather. Some of you had weather so much worse than we did, but (pardon me for saying this) your regular weather would be hard for us because it would be so different. That all being said, Spring is on the way!
I know that there will be cold days ahead, but they shouldn't be quite so cold and there shouldn't be so many of them. Warm, sunny ones will slowly outnumber them. It makes me want to jump for joy!

These images are rather random but I had no theme for today other than that the sun is shining and it is almost warm. 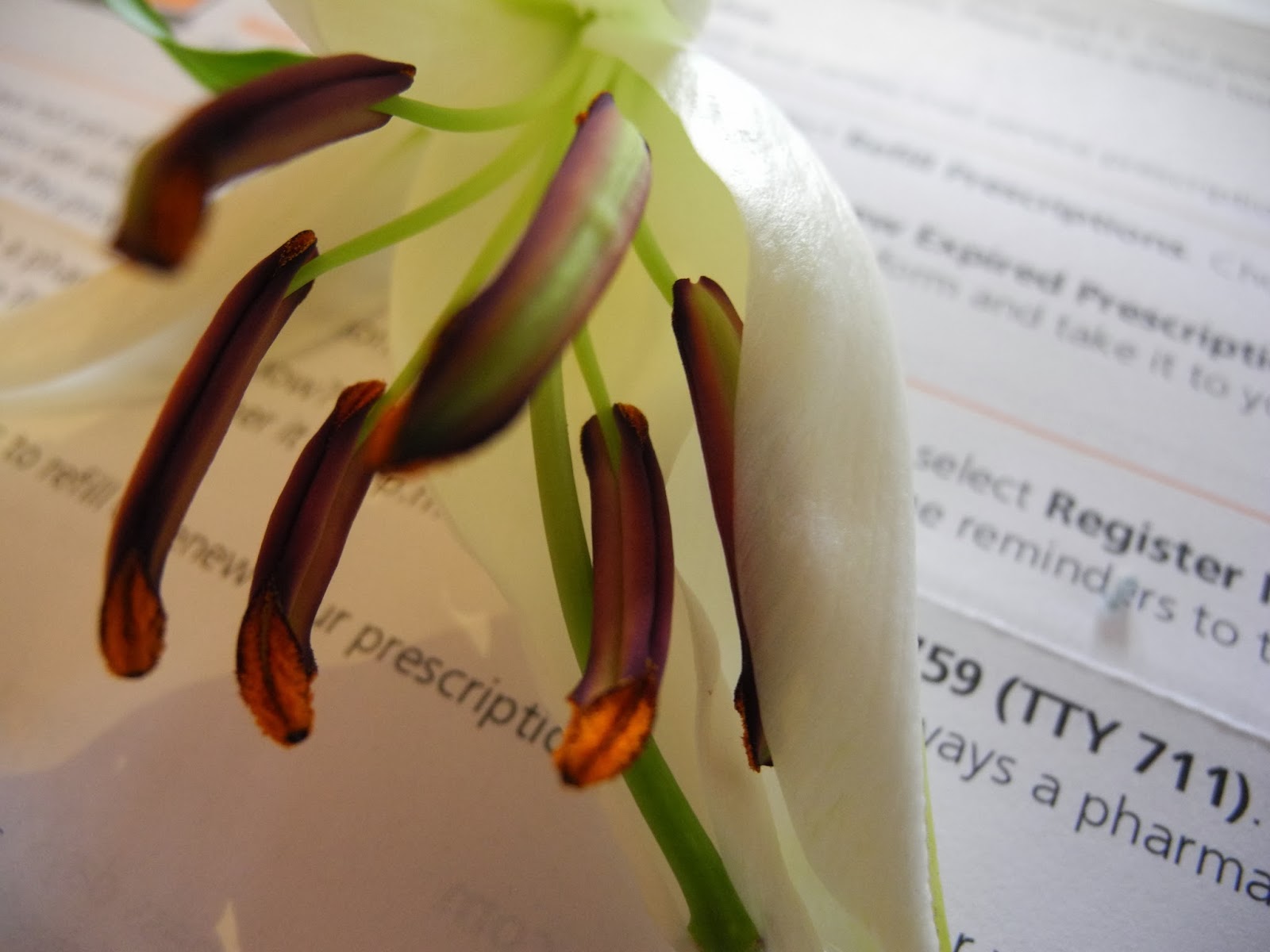 This lily is on its way out but I had to try to capture the lovely and interesting colors. The darkest part was almost maroon, there was the bright burnt orange and that green that is transparent and almost electric. Along the way of Dean's bringing flowers home I have discovered that if you only have two lilies at a time the scent is light and pleasant rather than overpowering. Knowing that, I think I will want to have them at least from time to time. 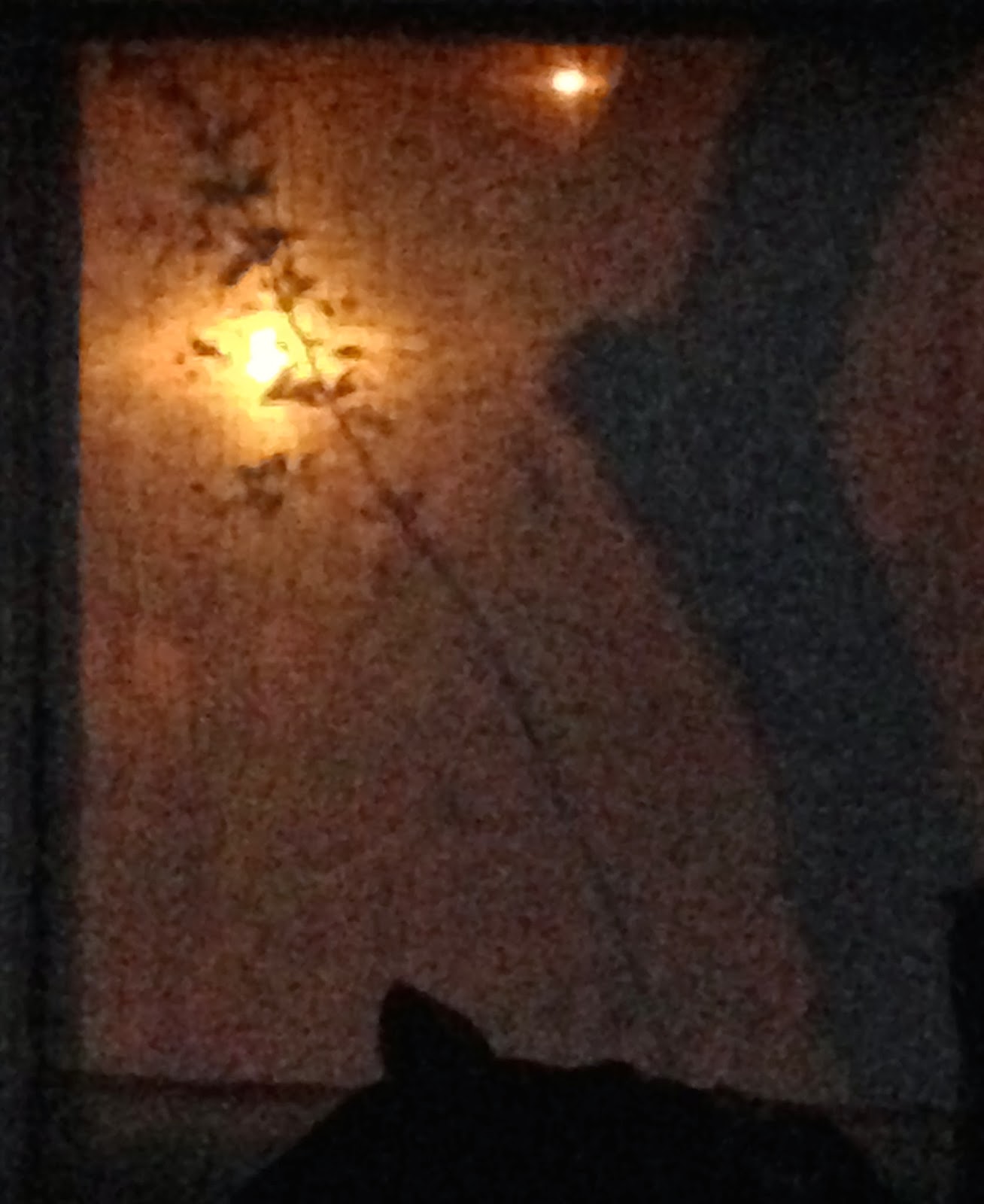 This is my bedroom window last evening. It was about twilight (would that be "gloaming"- a much more interesting word) and the atmosphere was blue. The yellow-orange of the security light next door and down the street at the AT&T building glowed gently through the linen window panel. It was impossible to tell that the building is red brick - it all looked blue-grey except for the lights. At first I just looked at it; by the time I got my camera things had changed a little but they were still very interesting, I thought, and I didn't want you to miss them. This is the other window, on the back side of the house, just a few minutes ago. I was struck by the bright white amidst the white. There was so much light that the camera blocked out the local color of the room. That photo was not done in black and white. 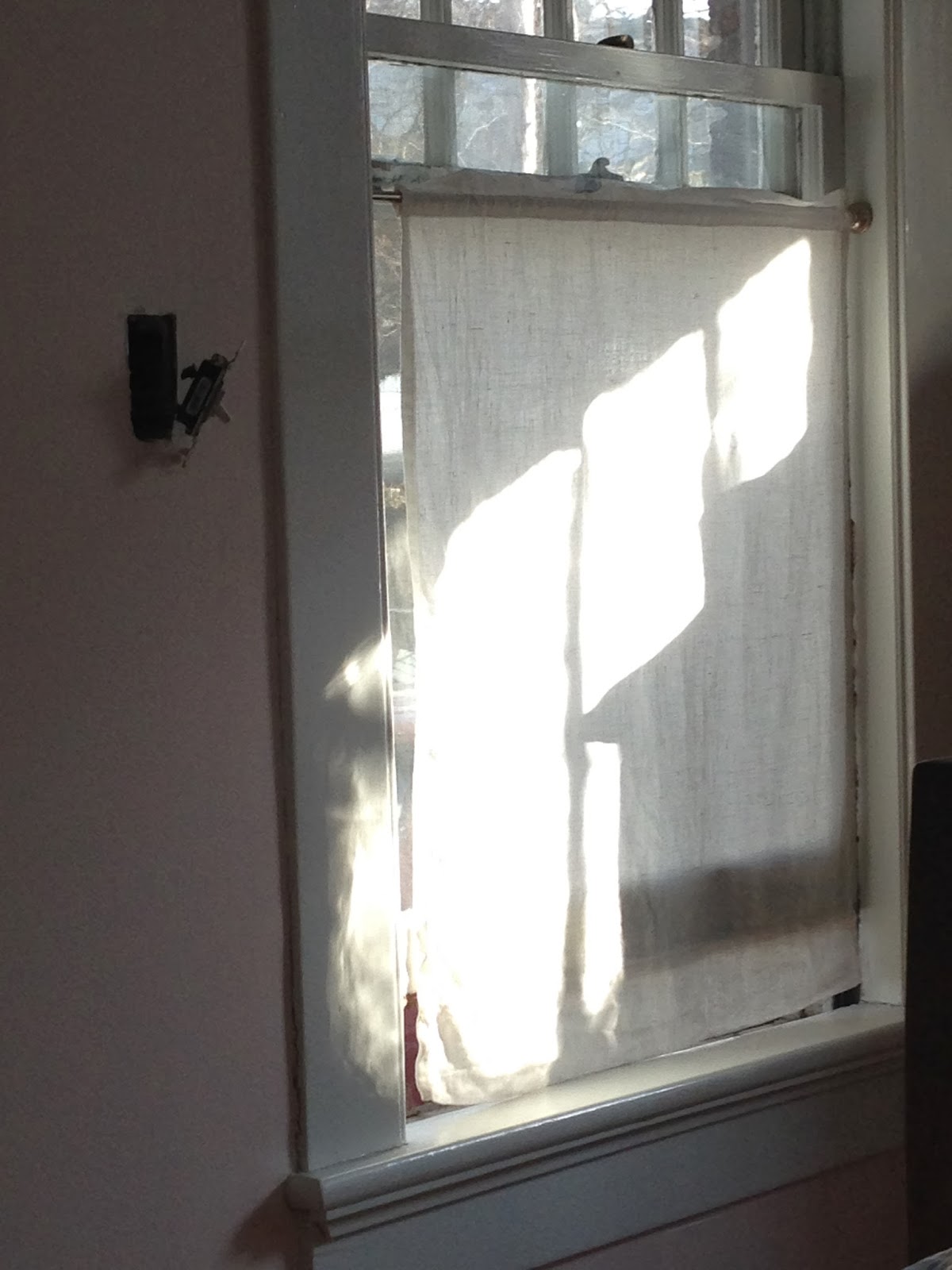 Here is the window from another angle but you can't see the super white part. This is the image I saw and was delighted with - you know me and sunshine in my house. Did you notice that the window is open? Last night I got very warm (don't really know if it was a power surge or the house was just warm) and asked Dean, when he got up, to open the window. It is still open( Yay!) but the air is cooling and I might have to close it for a while. 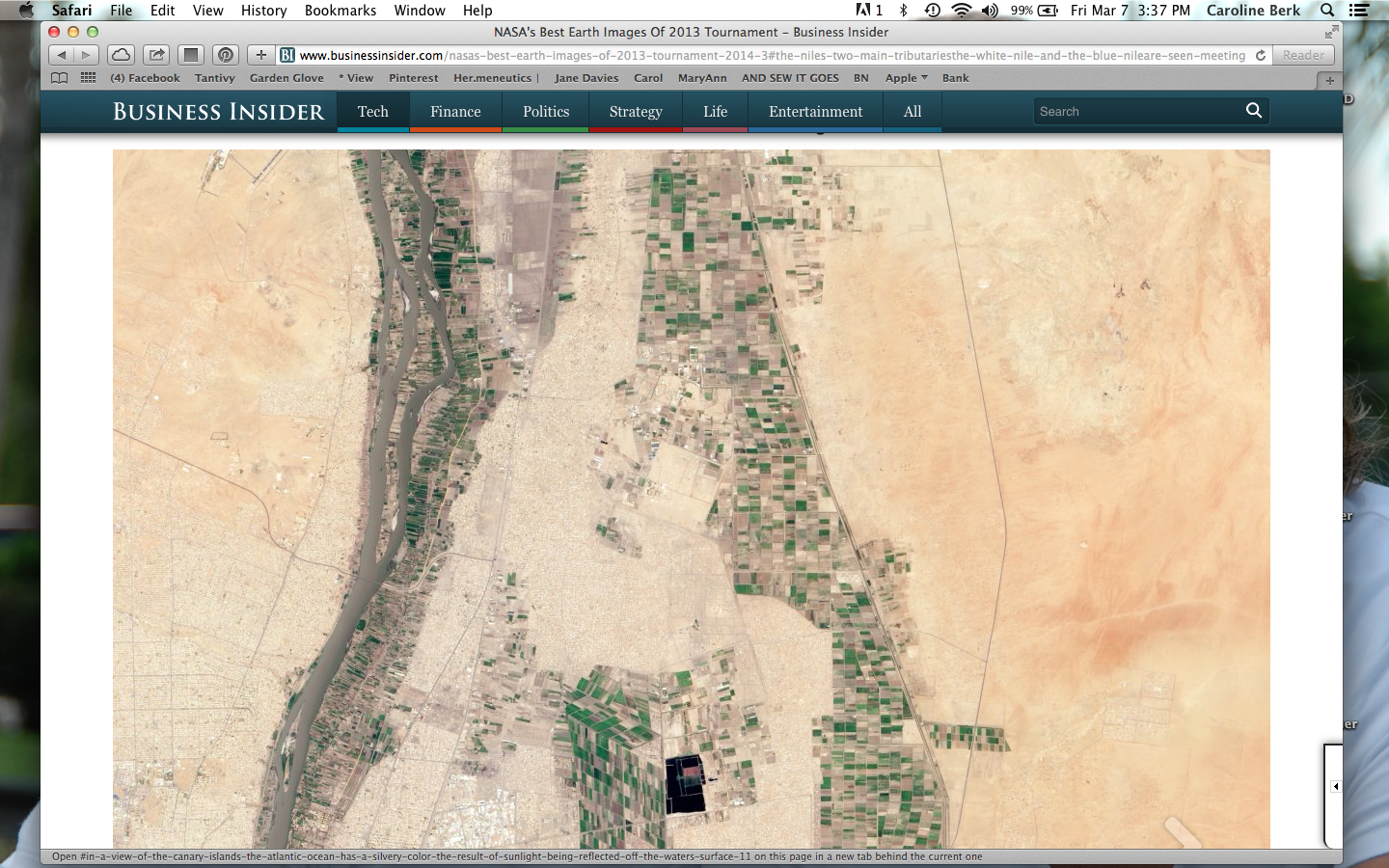 Another interesting but maybe strange thing to show you.
This is a screen shot of a photo/map of the land between/along the red and the green (blue?) Nile Rivers. I thought there was only one but evidently I was wrong. I thought that this looks like a painting, one that I might make. Everything is fodder, you know, if only you look. 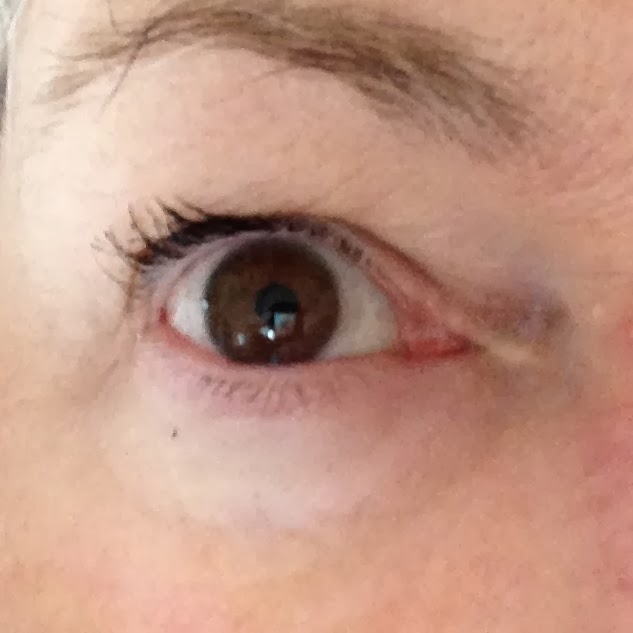 Does this make you want to take me to the salon to have my brows waxed? It did me. Mainly, though, I want to do a drawing of an eye and whose better than my own? I have no dark places under my eye because I have no pigment there. I don't know if that is good or bad. If I had pigment, they might be as dark as that inner corner. My eyebrows, though, are starting to go white - one of the things I am not happy about that is a part of the aging process. Still, my eyes open, I can see...It is good.