July Fourth at my house

July 04, 2013
My first wake-up call this morning was from Dean at 6:30; the second was at 7:30, also from Dean. At 7:45 I heard "the guys" talking in the yard so I gave up and arose from my cozy bed, dressed, went to the ATM, walked the dogs and got to Vicki's house early enough to give her a real surprise. Why did I go so early? At my house there is no TV and no Internet. I was about to have a nervous breakdown with only two dogs to talk to. They listen well, but don't have much to add to the conversation. 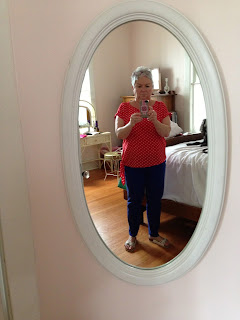 I added a white sweater to complete this red and blue outfit. I almost took Vicki's breath away(left her gasping for air, that is) until she remembered that today is the fourth. 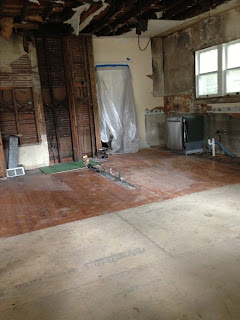 This was the kitchen, the office and the back porch. My kitchen will be much more roomy. The washer and dryer were to my left as the picture was taken, but at the present time they are not operational since the hole through which the extension cord ran is now covered. I guess I will be doing laundry at Vicki's house. 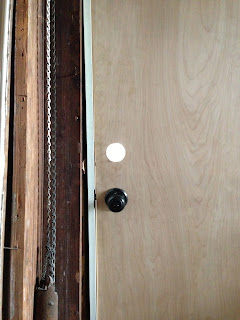 They even put a lock on the door! I wonder if Buddy talked to them. He is always on me about locking the doors. Of course there is a gaping opening to the outside in the basement but I haven't mentioned that to him. 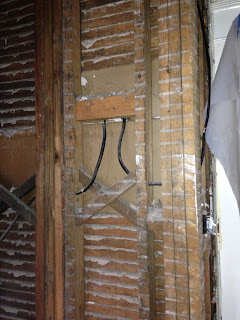 We discovered that there were once sconces on the dining room wall over the server which is on the other side of this wall. I might try to replace them.

More rain today. I wish that we could give some of it to Arizona.

Unknown said…
I must admit that I was quite shocked when you texted me at 9:30 with the news that you were in my driveway or more precisely ON my driveway as you texted!
July 5, 2013 at 7:36 PM