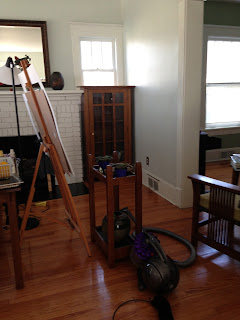 Well, the washing machine has something caught in the pump and Dean messed up his foot and is waiting a day to go down to the basement to fix it so I found something else to do. I moved this book case from the wall on the right to under the window. The problem was that it didn't fit just right. 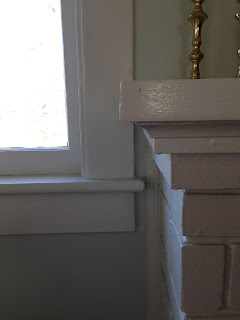 The mantelpiece stuck out over the window trim, so.... 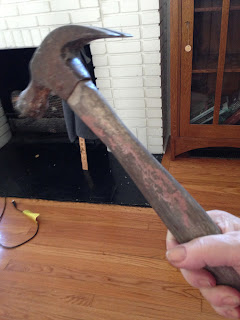 I took my trusty hammer and got my ladder and... 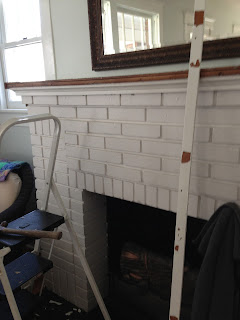 took it down. Here the first pice has been removed. The mantel was oak and had been painted yellow, green and finally white. Thick paint popped off in places as I worked to remove it. There were lots of nails. 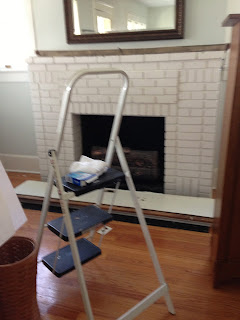 Dean helped me lower it to the floor where it is resting until I can take it out to the street where I have taken boards from the basement ceiling. 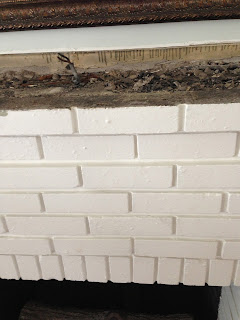 Under the oak was this mess. Dozens of nails, plaster and concrete plus not just a little coal dust. There was also an electrical outlet, just set into a rectangle cut out of the wood. There was no box at all. The wires were very old and ran along the back of the mantel and down the corner between it and the window. Can you say "fire,waiting to happen?"It gives me the shivers. We will put another outlet up there- I think that a lighted garland at Christmas would be nice-  but we will follow today's safety measures. 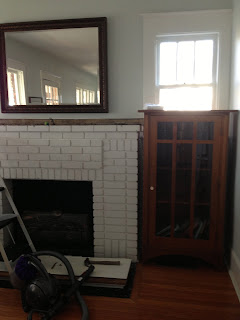 I think that we will get a piece of granite, marble, soapstone or some such to place on top where the mantelpiece was. Nothing too thick. Then I will have to tackle the hearth which has been painted all the colors listed above but is now black and chipping. I scraped back the paint and found that under it all it is the color of yellow bricks. I don't know what we will do to that, but I don't like the black, so we will do something. 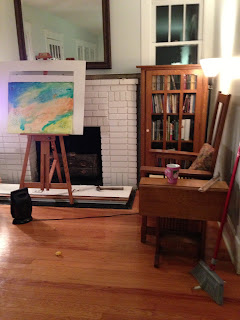 I have replaced the books but haven't put away the broom. In the middle of the floor is a little electric heater, on the easel is my latest beginning, painted tonight. I feel like I really accomplished something. We will see what  tomorrow later today brings.