A group of bandits at my house.

January 29, 2014
Each day brings something new and today's something made me smile. As I was sitting here in the kitchen working playing on my computer something outside caught my attention. I tried to get a picture of it but couldn't; however, about half an hour later it happened again. 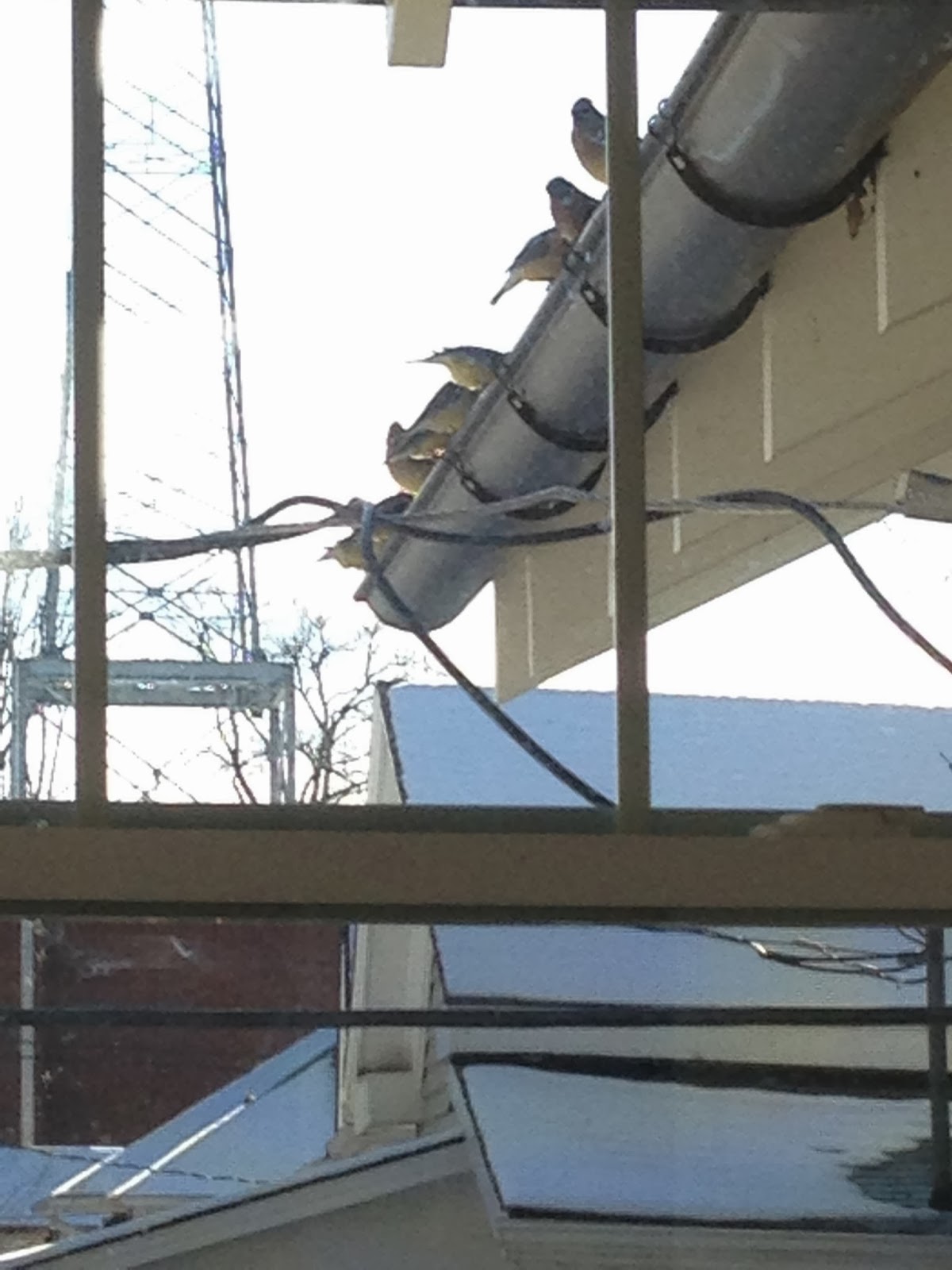 Isn't that cool? It seems that a large, a very large group of birds was passing through and stopped to have a drink and wash-up from our full gutter. They were so funny, going tails-up to dip in and then sitting up again. At first I couldn't quite see their colors so I checked from another window and got as close as I could. 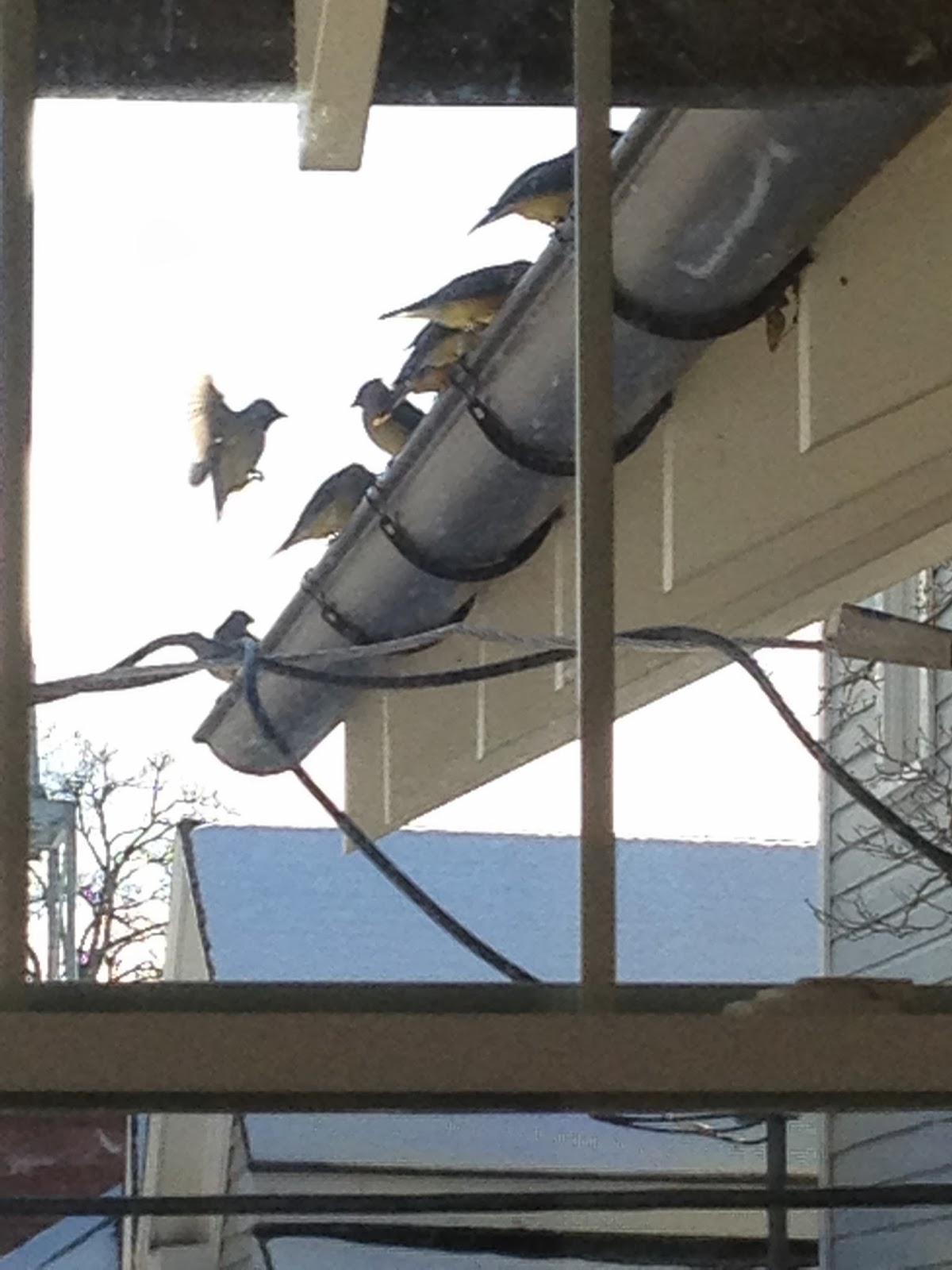 These are Cedar Waxwings. See their yellow bellies? There is also a bright yellow stripe at the end of their tails. Their heads are a soft brown and grey and they wear a black mask across their eyes. (Maybe because they can come in and strip a Mahonia in a matter of minutes and they don't want to be identified.) 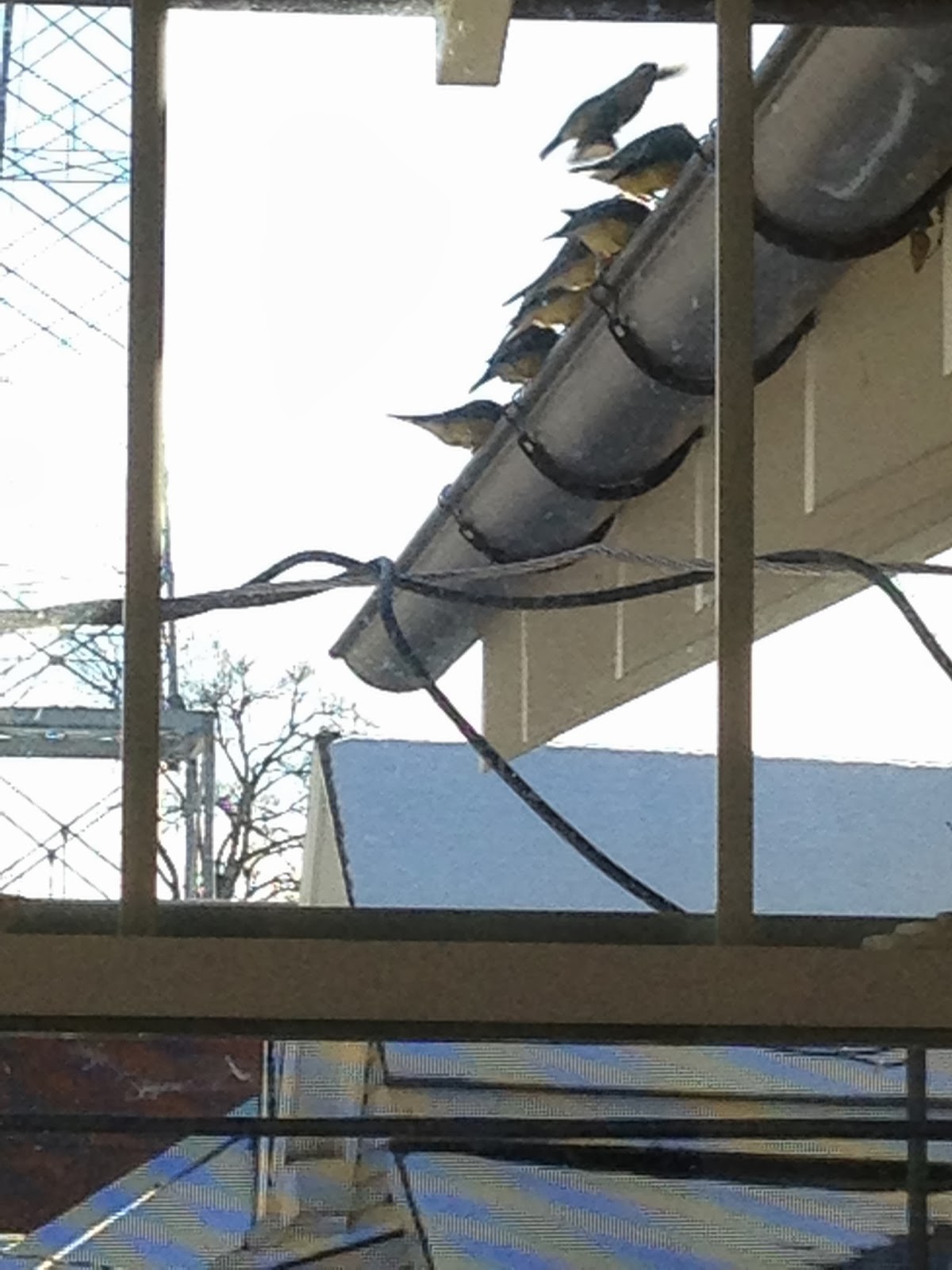 I don't know how many came to the gutter, which is stopped up at the drain end so it made a trough, but there must have been hundreds that came through the neighborhood. They are beautiful birds and seeing them was such a treat. 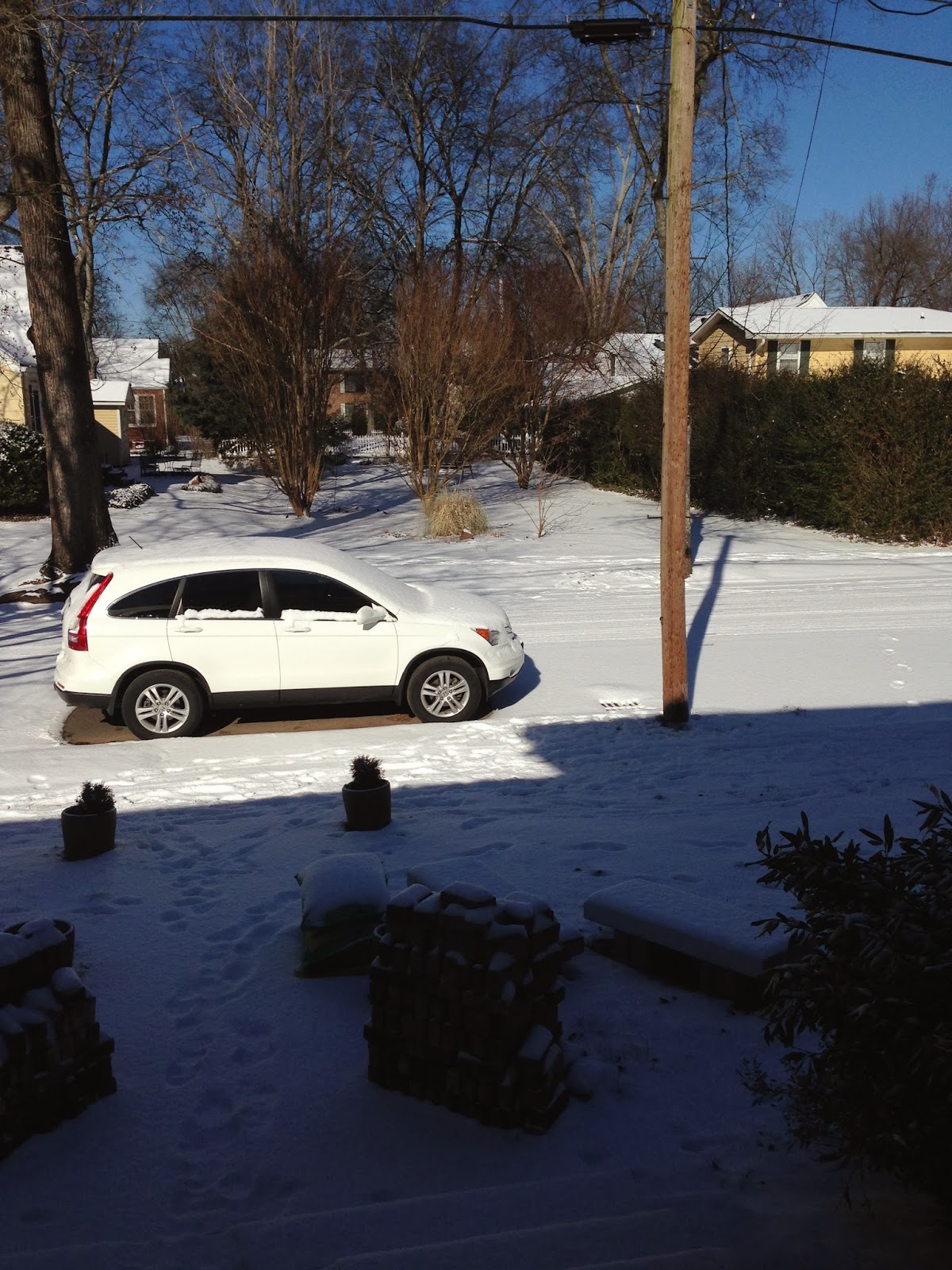 In case you wondered, here is our snow. 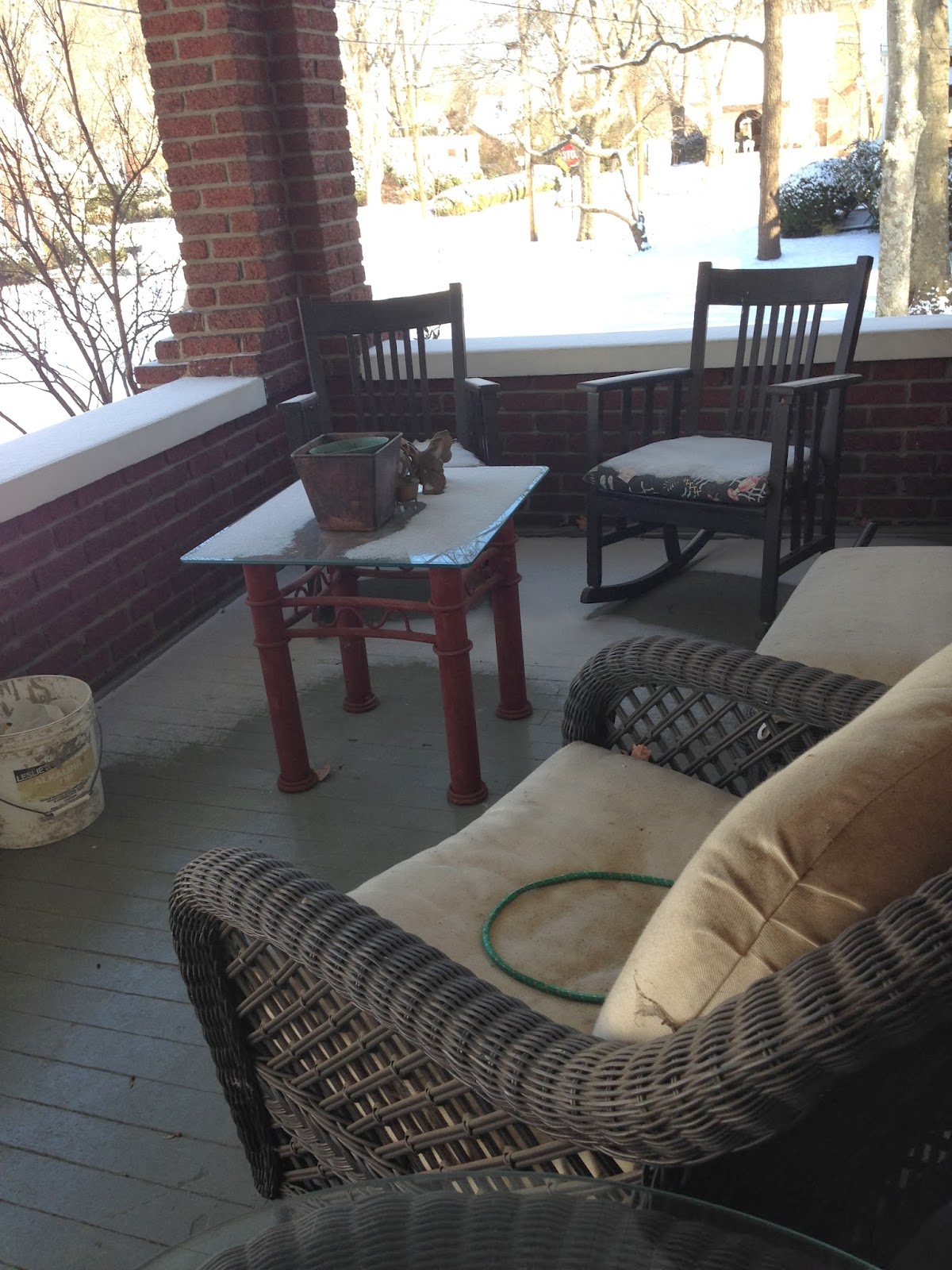 A little snow blew up on the porch. Most of it is gone by now, unless it was in the shade. Although the temps remained low, the sun was warm. Although we called this snow, it was more like frozen mist as it fell - little ice drops. 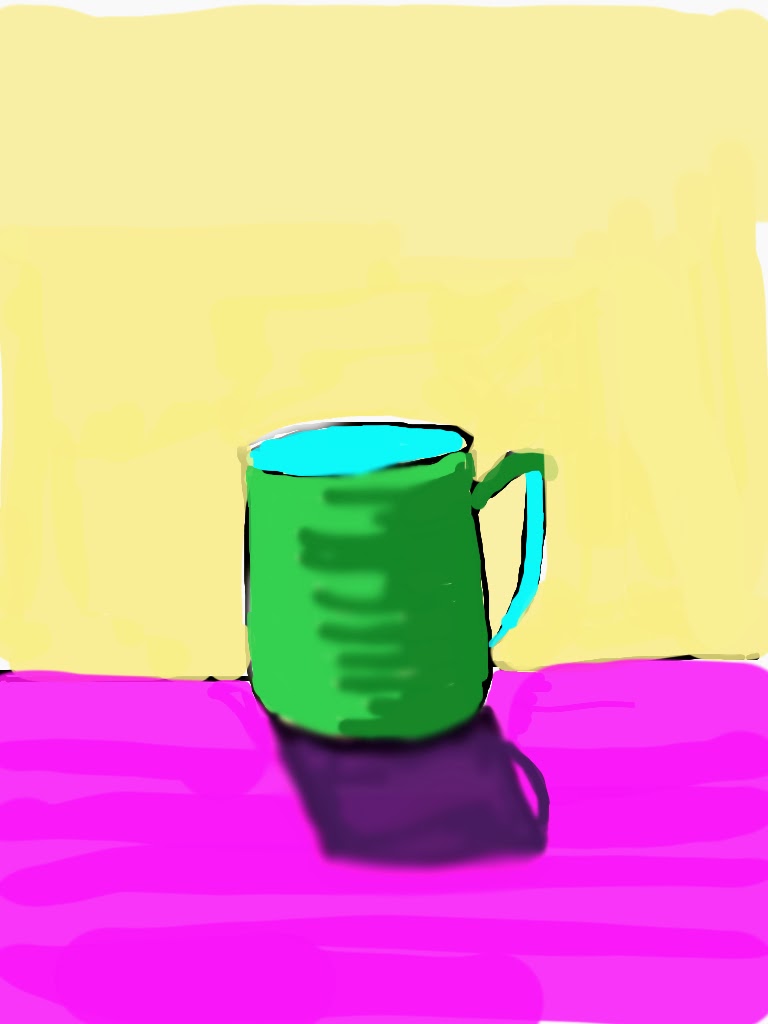 Cups drawn using different apps on my iPad that I am working on learning to use. I think that I like the app used for the bottom one best, but the other has its strong points also. It is more or less the ability, in the right hands, to be realistic or graphic; there is a place for both. I hope to do something good when I finally master  learn  get with the program. There are several places in these that are not right, but I didn't know what to do about it without just starting over. 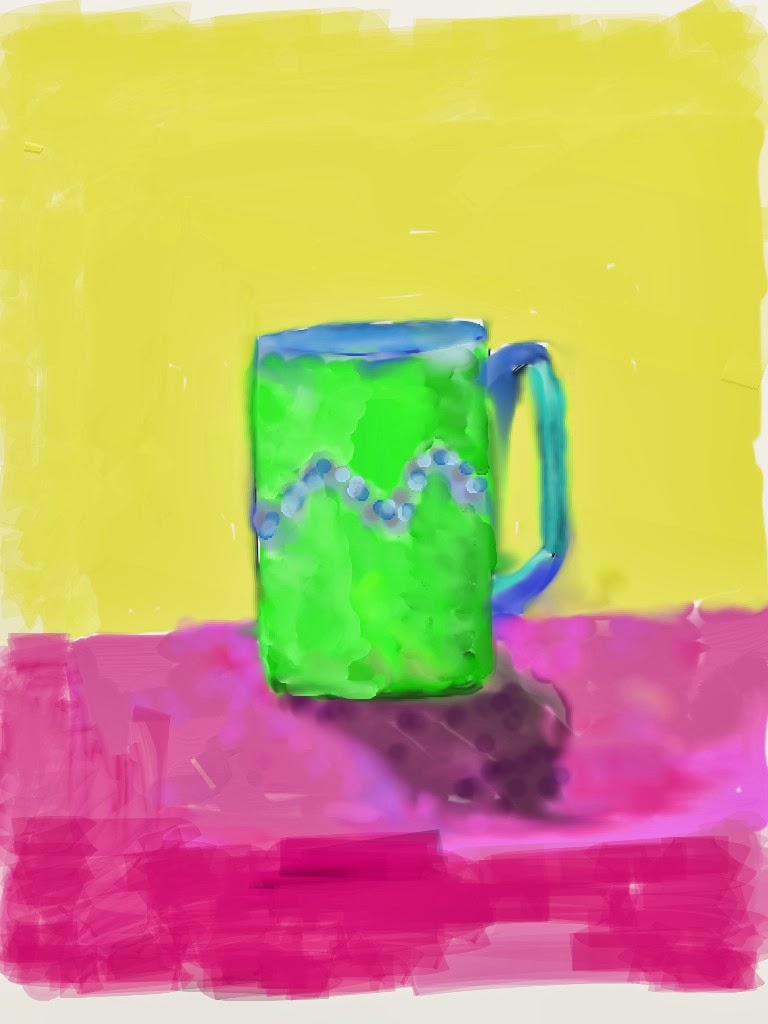 I hope that your day was joyous.